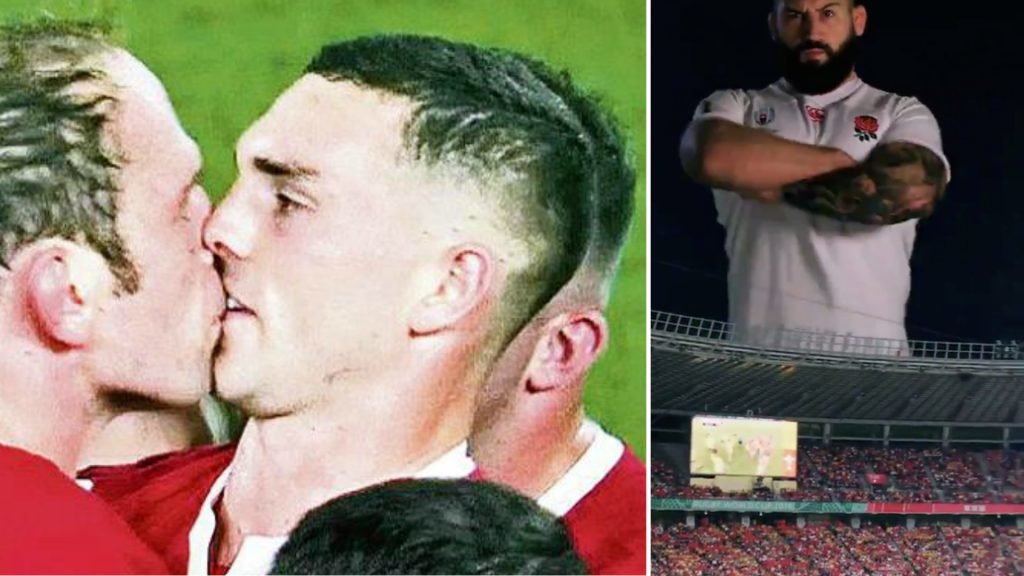 The Rugby World Cup social media team is absolutely killing the game with their content. Never have we seen a group that has been hired for one event be so successful in the work that they do.

Our phones have been going off with people sending us content that is coming from the Rugby World Cup Twitter account. We have already made a post about this, but in the time since we’ve made that, they’ve made even more golden content so we just had to make another one!

We thought it was only fair to share some more of the content that they’ve been pushing out recently. It’s fantastic!

Recently, famous actor Huw Jackman sent a video wishing the Wallabies team luck ahead of their game against Wales. Look at what the Rugby World Cup team did with that content.

This cracked us up. The content that they’ve been making us unreal.

Getting into the spirit for the holiday season, the social media team put this post together on spooking other players.

Joe Marler standing over the stadium here is fantastic.

What's that coming over the stadium? #RWC2019

In the run-up to Georgia vs Uruguay, they made this talent contest remix, love it. Golden content!

These are our personal favourites. Relatable, chilled and most importantly, funny. God-tier meme that anyone can apprecaite.

And finally, these drop goals remix absolutely kill us. Their Twitter has been on point and we’re sure we will be sharing more of their content soon!

Alun Wyn Jones has this effect on people. Awesome.

Serin and the US sharing a special moment, golden content

Watch this one until the end…Rugby World Cup 2019 will be the most interactive rugby tournament ever, engaging new audiences worldwide with bespoke content across all official online and social platforms.

Google has marked the start of the tournament with a Doodle, which went live this morning in Japan, while YouTube will feature comprehensive match highlights from World Rugby and rights-holding broadcasters. Throughout the event, when people search ‘Rugby World Cup’ on Google they will find the latest updates, scores, and more, with a complementary video feature – a first for any rugby event. Searching on the Google News app will bring up an interactive tournament wheel that transports users straight into the latest news from the event.

Earlier this week, World Rugby launched bespoke Rugby World Cup 2019 Twitter emojis to excite fans and make them feel closer to the stadium venues around Japan. In addition to new team, venue and fixture emojis, fans can share a new #RWC2019 hashtag featuring the tournament logo, the #WebbEllisCup and even the match officials #Team21, which features a whistle.

Building on the success of England 2015 which achieved 400 million video views, 2.5 million uses of #RWC2015, 28 million unique website viewers and 2.8 million official app downloads among many record-breaking highlights, fans are in for a treat during Japan 2019.

As always, the seasoned rugby fan will be served with great content, but World Rugby is especially looking to engage the wider sports fan, youth and international audiences across all platforms. This offering will include exclusive behind-the-scenes match content, a hosted daily show highlighting cultural experiences around Japan and various rugby personalities which is being targeted at 15-24 year olds, match highlights with additional camera feeds, a new Podcast airing twice weekly, audio commentary to all matches in five languages on the official app and website, player tracking technology and an interactive Match Centre to supplement the television broadcast.