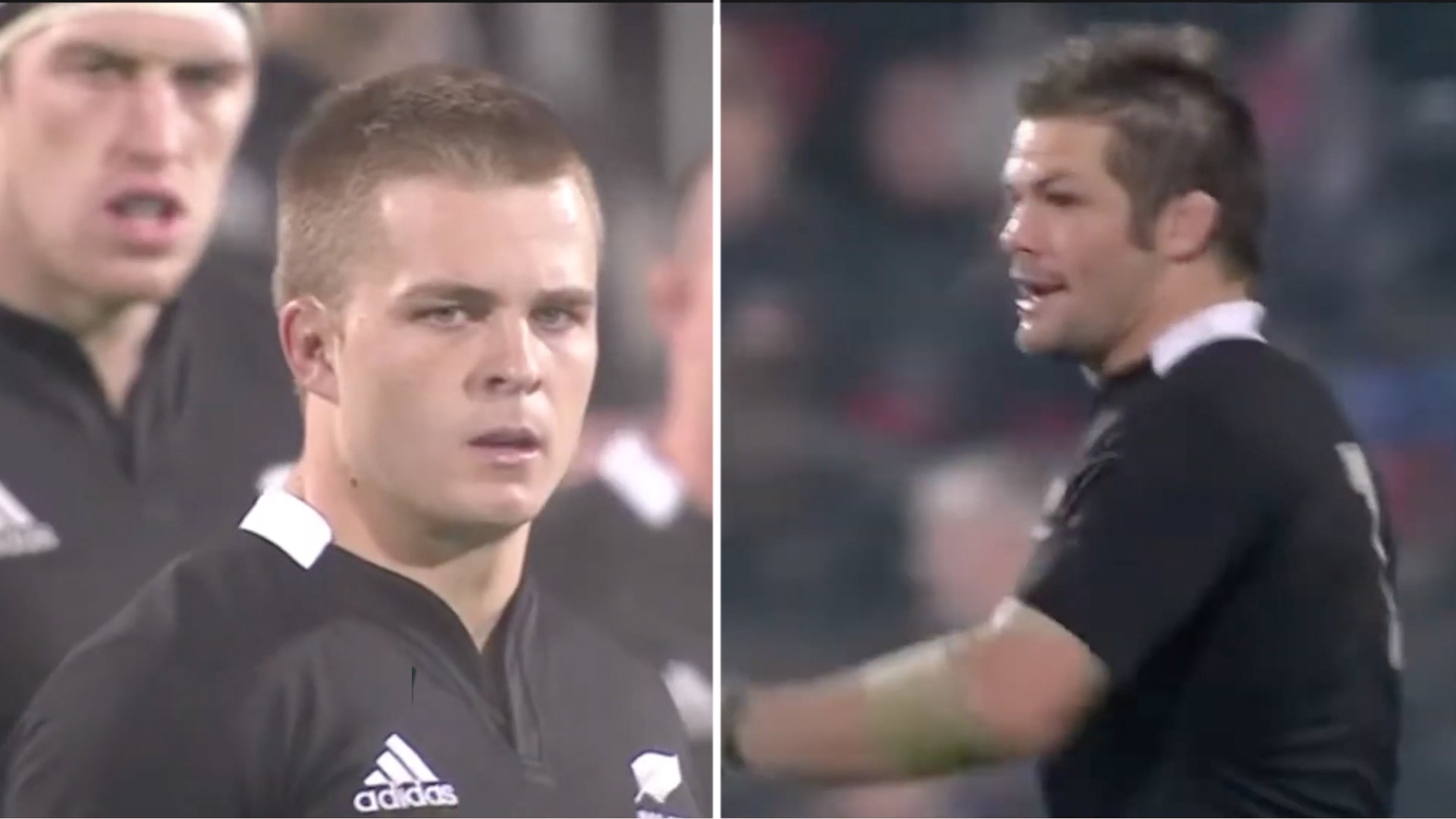 Sam Cane is now one of the most established All Blacks in the current New Zealand team. But the Sam Cane debut performance came with so much more pressure that not many people know about.

The Chiefs back row has 68 caps for New Zealand now and seems to be on top of his battle with Ardie Savea for the Number 7 black shirt.

There was so much pressure on Sam Cane on his All Blacks debut in 2012. Much was made about the fact that he could very well be the next Richie McCaw.

McCaw is considered by many players to be the best flanker of all time and there was so much hype around him being able to emulate McCaw.

These are the kind of tweets you would see about Sam Cane back in 2011.

Sam Cane… Richie McCaw's heir apparent, on for the Chiefs.

So when Cane’s debut for the All Blacks came up, there was incredible pressure on the 21-year-old to make an impression in front of his apparent heir.

The debut was against Ireland, back when New Zealand were on an unbeaten run of 14 games, no pressure then!

It was interesting to see the different interactions between Cane and McCaw in the match!

Played in every game involving New Zealand in RWC 2015, captaining the All Blacks against Namibia.

 Scored a try on his World Cup debut against Argentina on 20 September, 2015, and added a second against Tonga.

 On the winning side in each of his first 14 test appearances and did not suffer a test defeat until his 23rd international appearance.

 Became the All Blacks’ fifth-youngest captain when he took the armband against Namibia at RWC 2015.