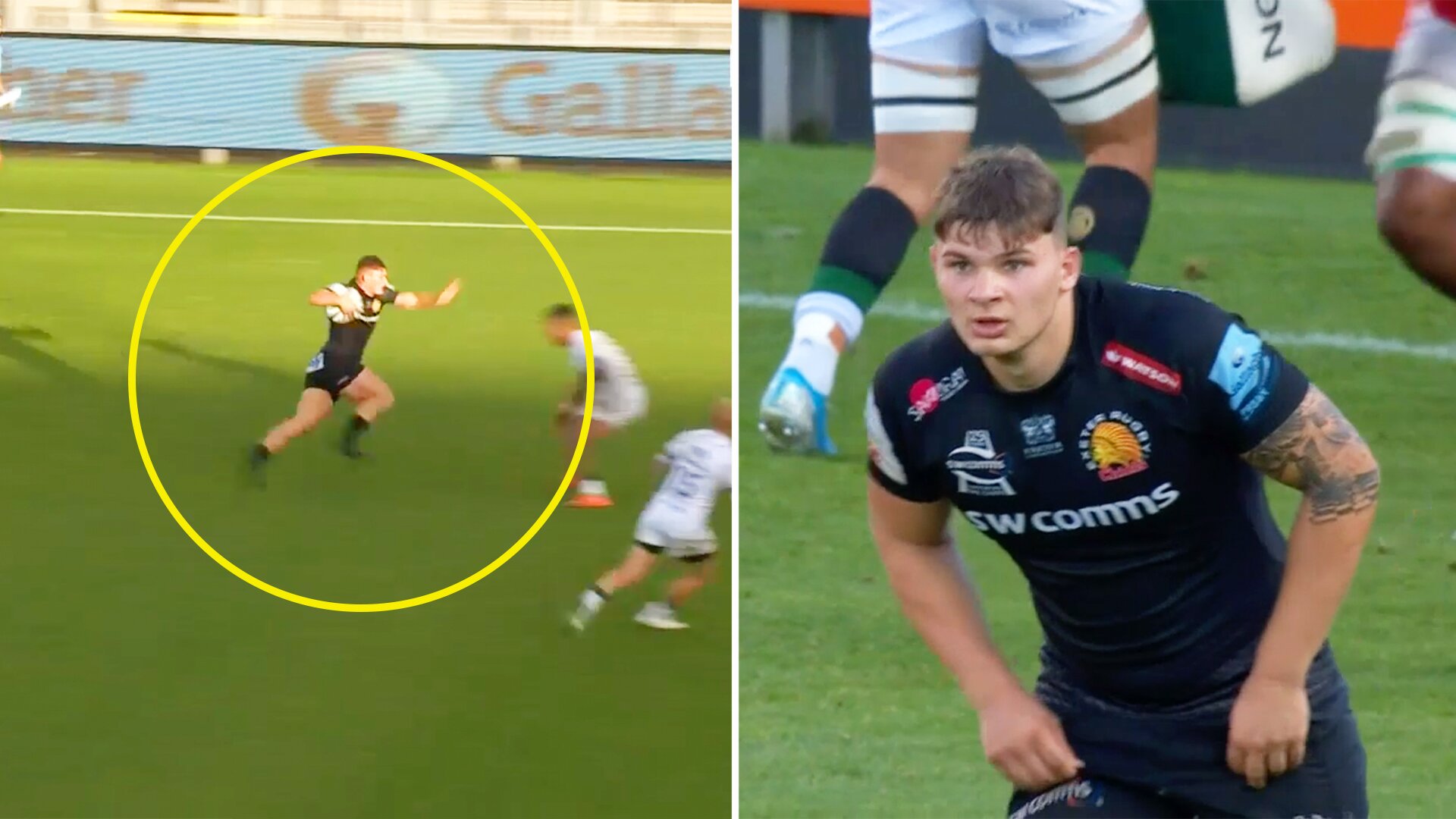 Tonight was the penultimate round of this season’s Gallagher Premiership and with it we saw the first league start of one of England’s brightest talents – Aaron Hinckley.

The 21-year-old back rower was making just his second Premiership appearance for Exeter Chiefs after his recent move from Gloucester.

Below are a series of clips that were posted online showcasing a bittersweet night for this teenage rugby sensation.

A stunning line break from his own 5m line. Does so well to keep the ball alive too pic.twitter.com/DpZce3cg9C

It’s clear to see that Exeter wanted to utilise the dangerous running game of Hinckley off of kick returns. Look at the pace on the lad!

Lightning quick to react to turnover ball at the scrum pic.twitter.com/1PxAkCjfcX

In what wasn’t a stellar performance for the league leaders – Hinckley managed to shine in virtually every phase of play that he was involved in. The 21-year-old number eight demonstrated his tenacious carrying ability in this clip below as he scrambles to retain some loose ball from the base of the scrum.

Deals with messy scrum ball brilliantly. So hard to bring down even when backed into a corner pic.twitter.com/yUiMQWdars

Aaron Hinckley’s dream Prem debut turned to disaster, however, on the hour mark of the match as we see him go down awfully under his knee after another rampaging charge off of a scrum.

The referee halted play almost immediately stating, ‘I think this is serious.’

Tragic end to his evening as Aaron Hinckley goes down with a nasty knee injury. Huge shame but what a performance and at just 21. He’ll be back! pic.twitter.com/QzMRCrMn8E

Exeter have not as of yet updated on the severity of Hinckley’s injury. We wish him the speediest of recoveries and cannot wait to see him back out at Sandy Park with performances like this!