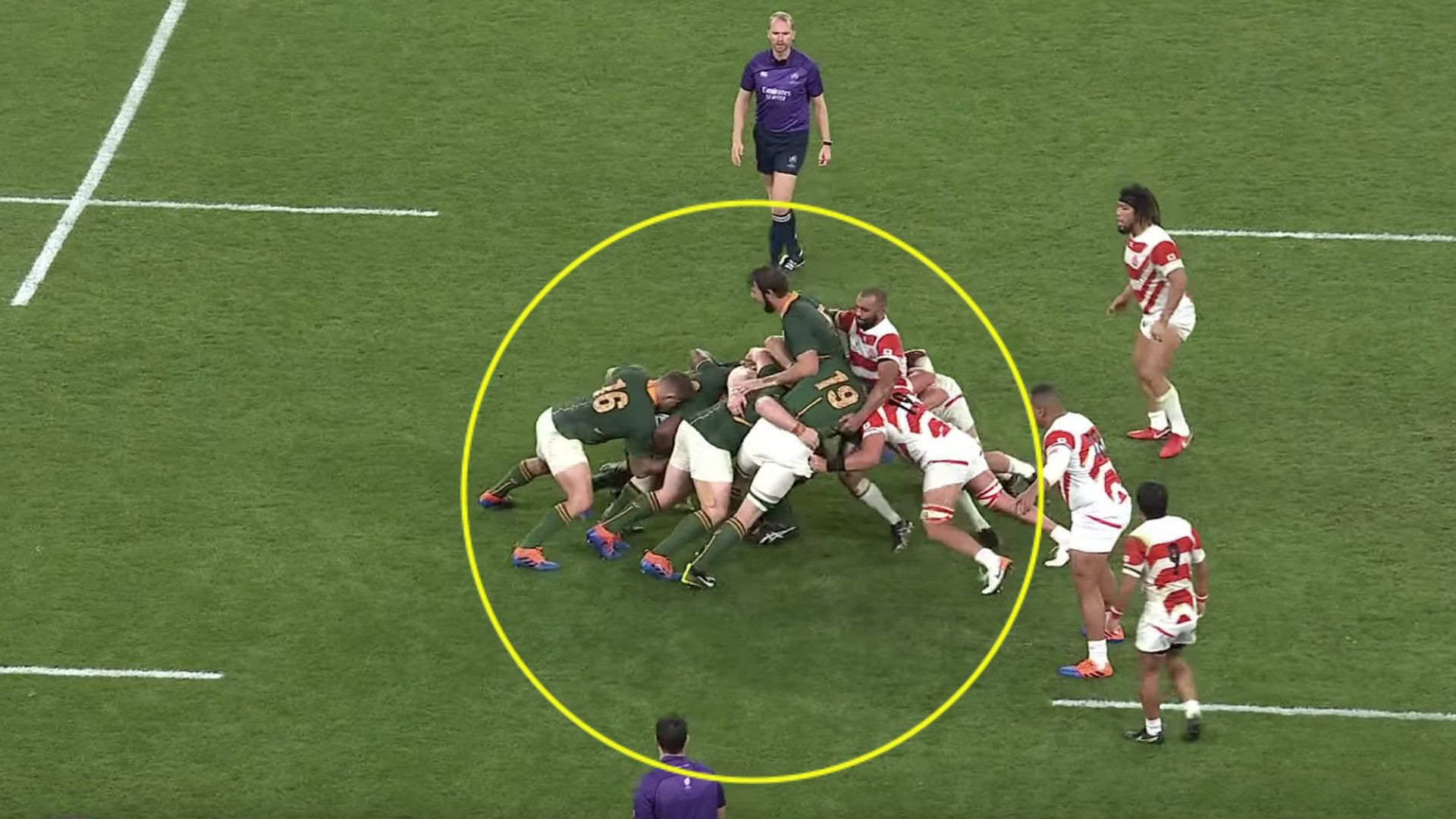 The South African maul at the Rugby World Cup was so good that simply couldn’t be stopped by many teams during the tournament.

The Springboks put on a clinical performance in Tokyo to snuff out the hosts, Japan in the Quarterfinals before going on to win the semi-finals and finals against England and Wales.

South Africa has made a name for themselves in rugby for having one of, if not the strongest forward packs in the Rugby World.

The Springbok pack is known for it’s incredible power and size!

Eben Etzebeth and a year 11 student in South Africa. No wonder they produce the best second rowers in the World. #RugbyWorldCup #Springboks pic.twitter.com/BD0K42Mj6Y

The South African forward pack was used as a weapon during the Rugby World Cup. In the final, the Springboks used their scrum to peg England back.

In the semi-final against Wales, the forwards were needed to work as a defensive unit to batter any Welsh attacks.

In the quarter-finals against Japan, however, the Springbok pack was used in an entirely different way.

It was used as a battering ram.

In the quarter-final against Japan, the forward pack for went viral when one of their mauls made over 60 metres in a terrifying drive which was simply unstoppable.

The South African maul us brutal!

Can South Africa remain at the top of World Rugby though?

The 2019 Rugby World Cup final feels a lifetime ago right now, but with rugby all over the globe screeching to a halt amid the COVID-19 outbreak, it could well be the last game Springbok fans get to see their team in for quite some time, with the 2020 season in tatters.

As stands, it looks as though the July internationals will not go ahead and the Rugby Championship, without significant global improvement in the pandemic, could also go unfulfilled this year. There are even suggestions that the November internationals in Europe could be under threat, with reports indicating Rugby Australia fears for their viability.