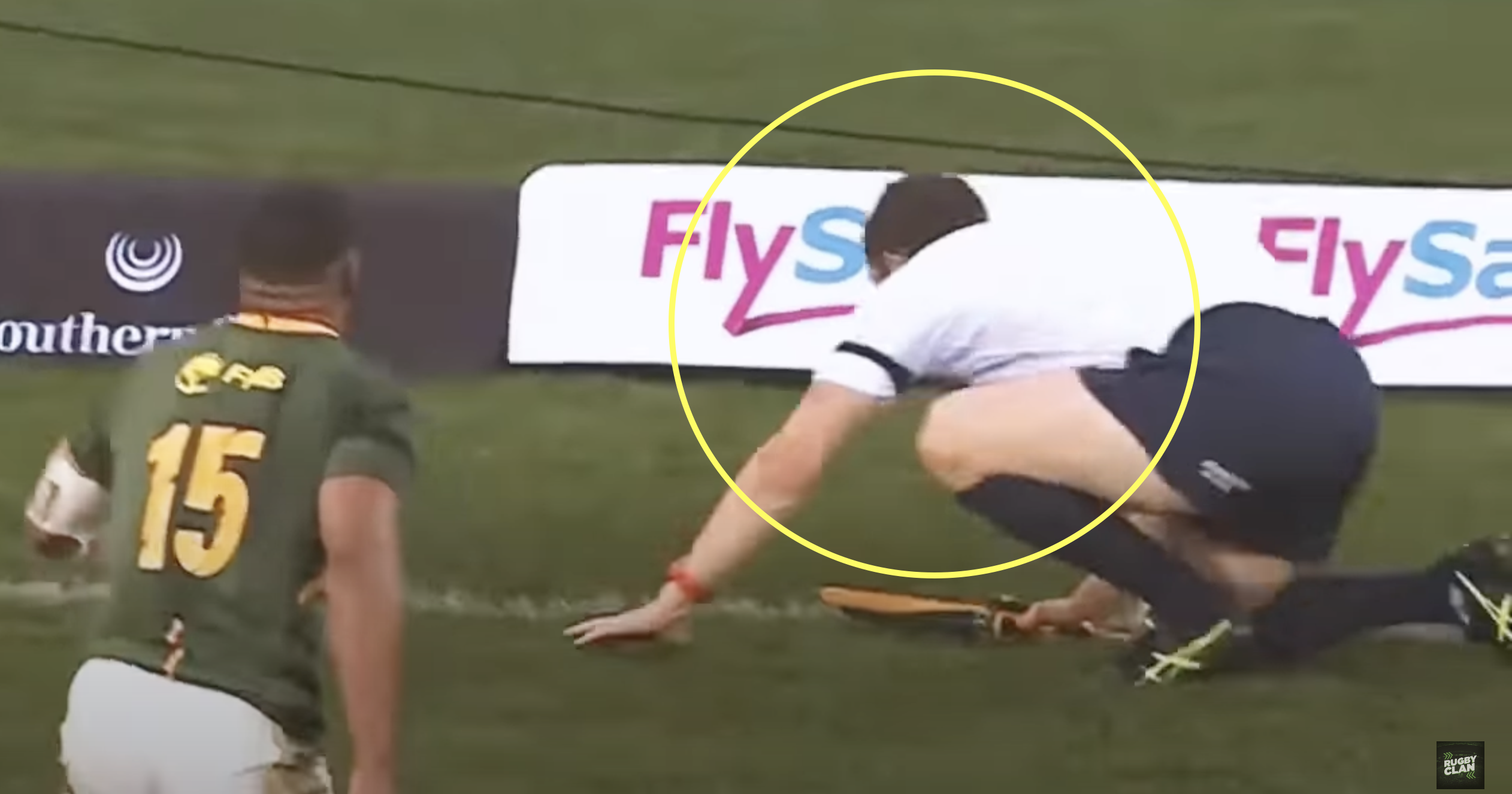 The tackle so massive the touch judge collapsed from the shockwaves

Not often is a tackle so hard that the officials are left wincing in pain just watching it, it takes a special kind of tackle.

That particular type of hit came from South Africa’s Damian Willemse in the third Test against Wales this month in Cape Town. The fullback lined up his opposite man Liam Williams in the first half and put in a perfectly timed hit, catching Williams as he tried to release the ball.

The hit stopped Williams dead in his tracks and put him on his backside, but also had the knock on effect of causing the touch judge to fall on the floor.

Maybe it was him wincing in pain for Williams, maybe it was the shockwaves of the tackle or maybe he was just avoiding the ball from hitting him, but not very often does an official do something like this. It could even have been his unbridled joy at seeing a perfectly timed tackle like that.

Willemse was retained in the Springboks squad for the Rugby Championship, which starts next month with back to back Tests against the All Blacks for South Africa.