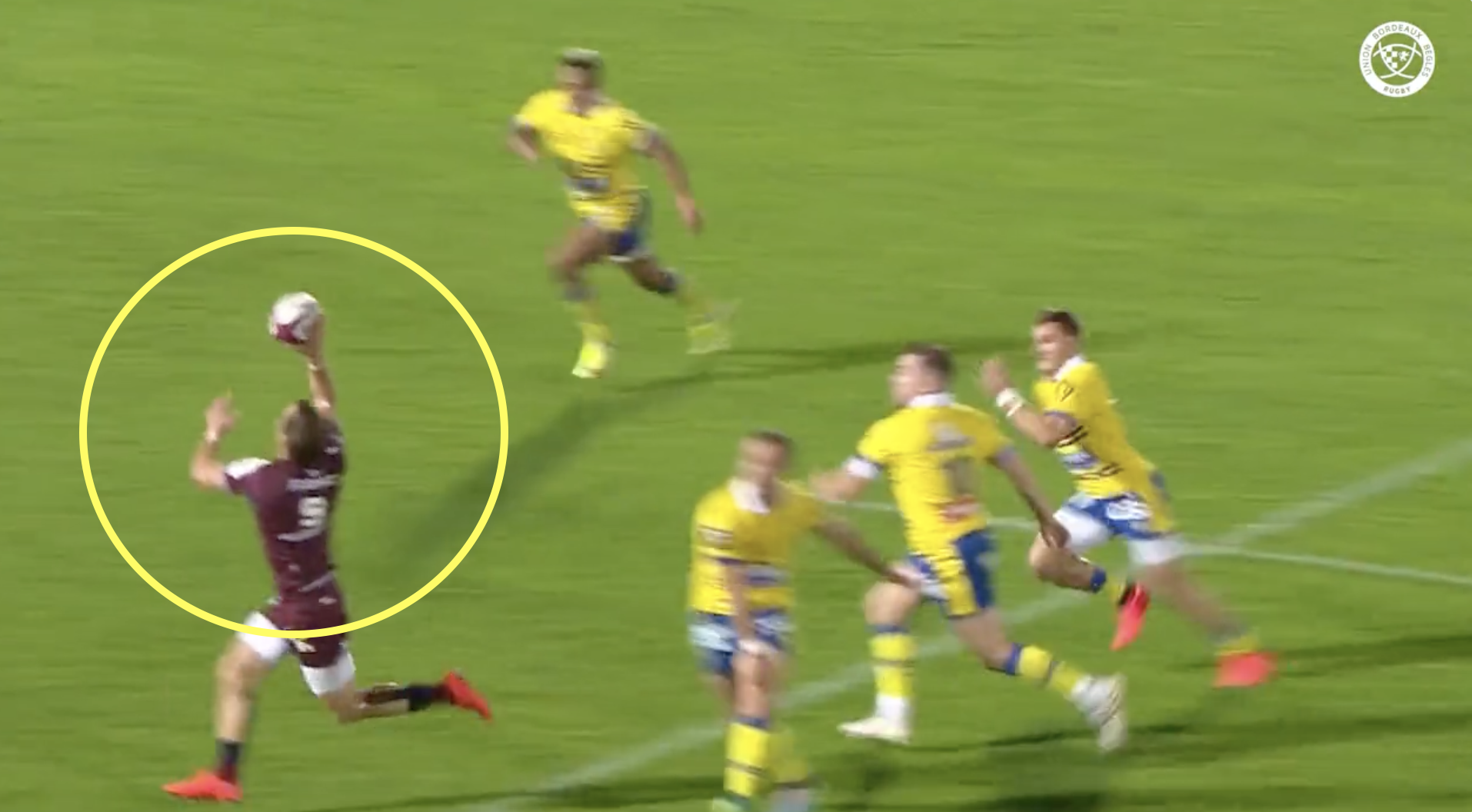 The try so outrageously good it actually looks fake

Every week in rugby there is usually at least one extraordinary try, but there is rarely a try so good it actually looks like a glitch in the matrix. But Bordeaux Begles’ scrum-half Yann Lesgourgues achieved that on Saturday against ASM Clermont Auvergne.

Following a break from fly-half Ulupano Seuteni, which in itself was special enough as he weaved through the Clermont defence after receiving a kick in his 22, he took the ball well into Clermont’s half. He then tried to pop the ball up to Lesgourgues after being taken to ground. That pop did not go to plan though, as the ball bobbled along the ground, but his half back partner was able to chip the ball into his hands while running at full tilt before running in to dot the ball down in the corner.

This is the sort of try where viewers would need a replay to see what actually happened, as the ball is on the floor one moment and then in the scrum-half’s hands the next.

Take a look at this wonder try:

This is not too dissimilar to a try scored by Toulon’s Aymeric Luc against Castres earlier this season, who also was able to chip the ball into his hands while running at full speed.

Lesgourgues try may be even better though, as the ball was practically on the floor when he kicked it, meaning it may have been harder to chip up into his hands than Luc’s effort where the ball was just that bit higher. On top of that, Lesgourgues was surrounded by Clermont players, so much so that his chip actually went over the hands of Clermont’s Morgan Parra, which only made the move more impressive as it looked highly improbable that someone could score from that position.

Take a look at Luc’s try as well: