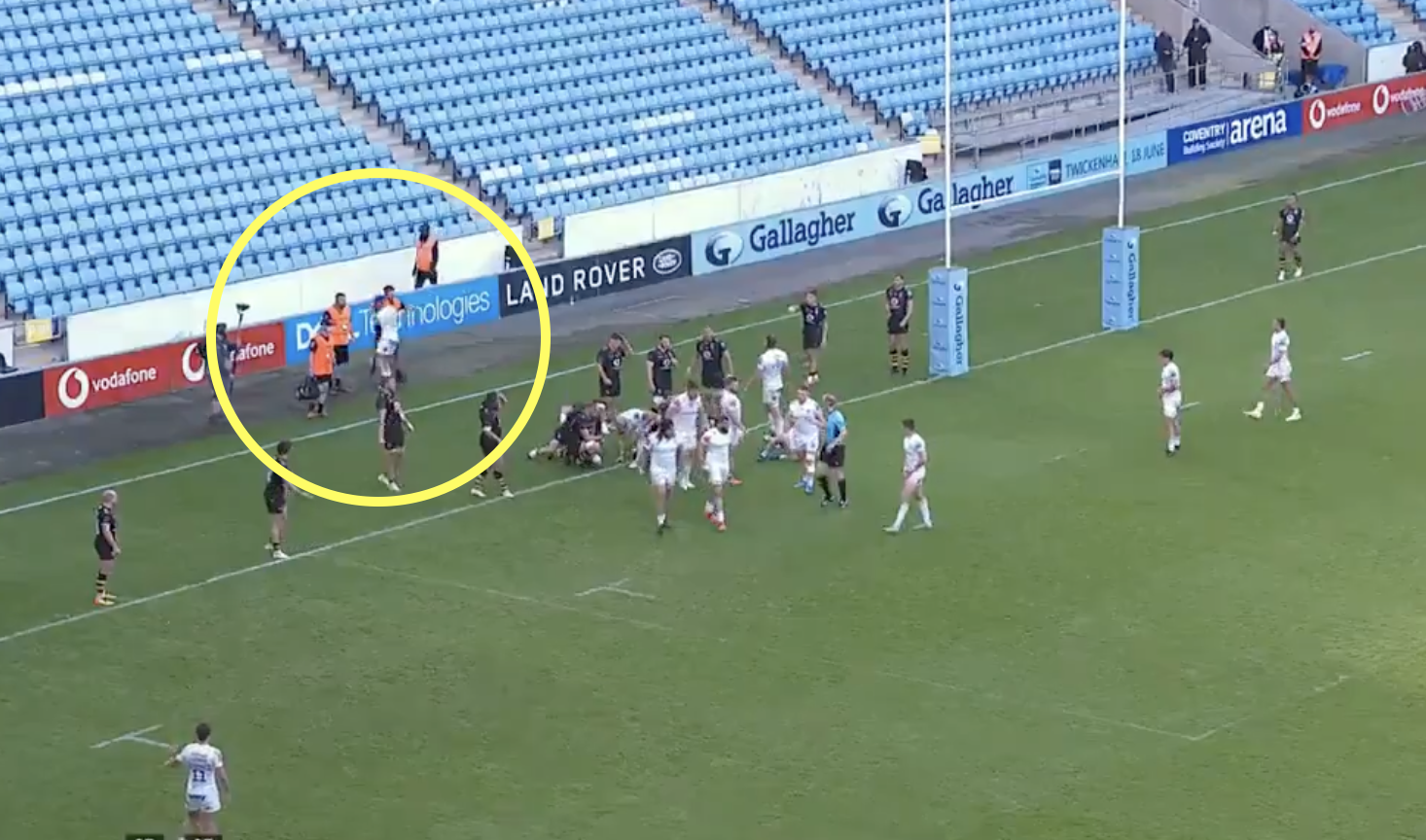 In the rugby world, 2021 may always be remembered as ‘The Year of the Water Carrier’ for obvious reasons.

But while Springboks director of rugby Rassie Erasmus may have drawn the most attention to the role this year, his exploits during the British & Irish Lions series were incredibly dull compared to what unfolded in the Gallagher Premiership on Saturday at the CBS Arena.

This is after Wasps’ backs transition coach Scott Barrow actually sparked a brawl between his side and Exeter Chiefs after he kicked the ball away as opposing players tried to pick it up. It is fairly tame in truth, but it was enough to rile up Chiefs lock Jonny Hill. Barrow will now appear before an independent disciplinary panel alongside Wasps’ head of performance Pete Atkinson.

With the role of water carriers being questioned this year, this could be a pivotal moment which may lead to new changes to the laws surrounding on field coaching.

“Both individuals have been charged with conduct prejudicial to the interests of the union and the game, contrary to RFU Rule 5.12, after they were ordered from the field of play by referee Wayne Barnes during the match Wasps v Exeter Chiefs on Saturday 16 October 2021.

“Barrow for interfering with play by back heeling the ball away from the pitch and blocking an Exeter Chiefs player from retrieving the ball in the second half of the match.

“Atkinson for comments made towards the referee following a try by Exeter Chiefs in the first half of the match.

“The independent disciplinary panel will be chaired by Mike Hamlin with Gareth Graham and Mitch Read.”

Take a look at the brawl: