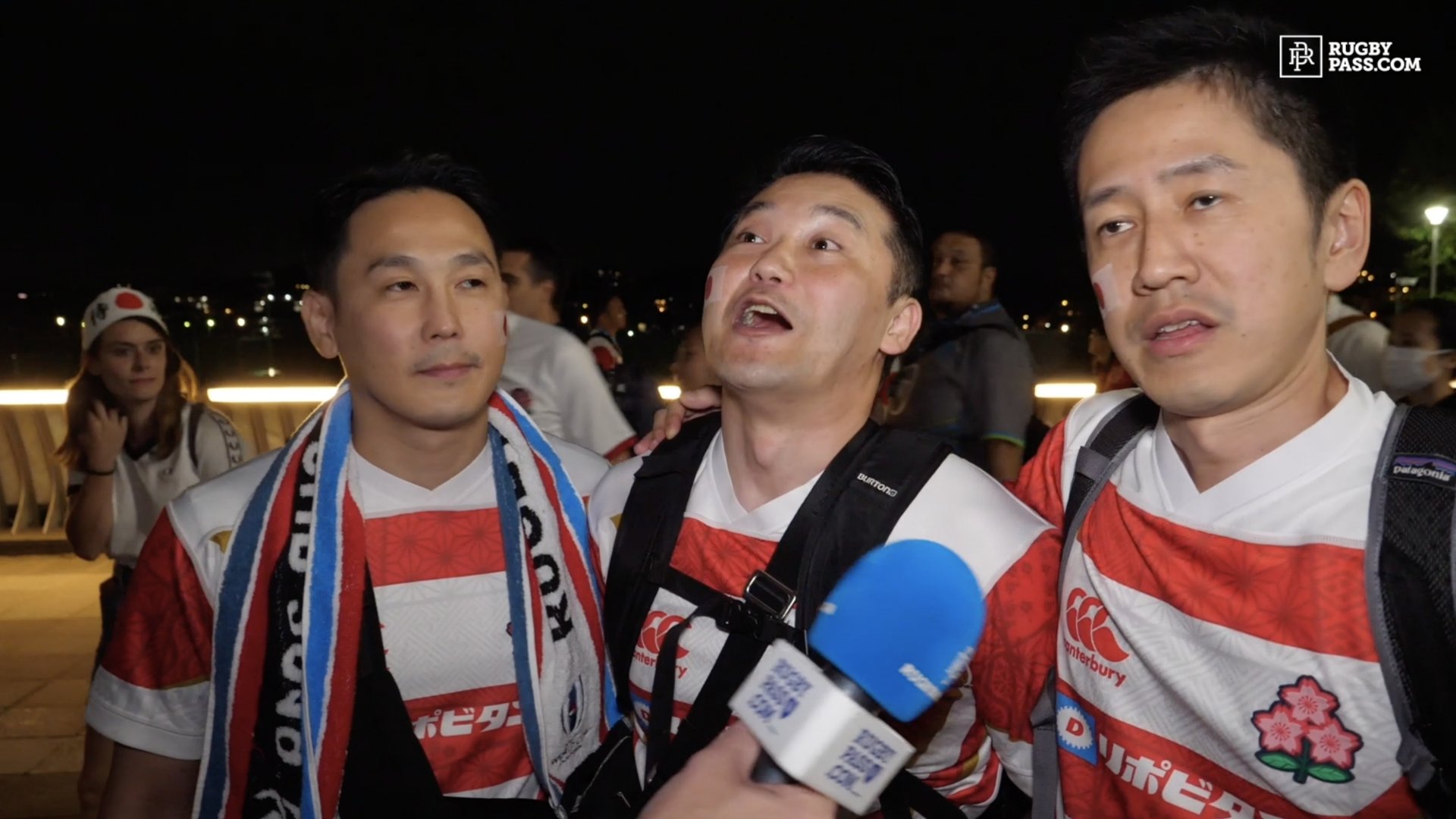 Japan famously beat Scotland today 28-21, in a victory which sees them become the first Asian team to ever reach the last 8 of this competition. However, it was a post-match interview involving three Japanese fans that has everyone talking at the moment.

You need to see this.

Japan became the first Tier 2 country to reach the knockout stages at the World Cup since 2007, when Fiji made it to the quarter-finals.

In a game which was played at a frenetic pace, Kotaro Matsushima returned to the top of the try-scorers table with his fifth try of Rugby World Cup 2019. He is level on five with Josh Adams (WAL), who scored his fifth try earlier today. Matsushima now has six tries at Rugby World Cups having also scored one in 2015. This brought him level with DTH Van der Merwe as the joint-second highest try scorers at World Cups from a current Tier 2 nation. Brian Lima (Samoa) is the top RWC try-scorer amongst these nations with 10 tries

The win sees Japan play South Africa in the quarter-finals.

RugbyPass interviewed fans directly after the match as they left the stadium, and one of the interviews was with three Japanese fans.

We’ve never really seen their fans quite like this before and it’s absolutely hilarious!

It looks like these three lads certainly had a great time watching the match, and this interview surely has to be in contention for the best interview of the Rugby World Cup so far?

Just look at how funny these three are here!

Thanks to Japan, RWC 2019 is the first World Cup in which a Tier 2 side has defeated two current Tier 1 teams. In 1991 and 1995, Samoa earned two wins over sides that did not have Tier 1 status then, but do now.

People certainly found the interview funny on Twitter with some brilliant reactions from rugby fans.

Japan will hope to progress to the final 4 next week if they can beat a South African team that is buoyed under head coach Rassie Erasmus.

If they do make it to the later stages of the tournament, then we are sure that this interview will not be the only interview that the Japanese will be smashing!

The best player interview will of course always go to Russia’s captain who gave a truly fantastic post-match interview at the start of the tournament which you can find here.