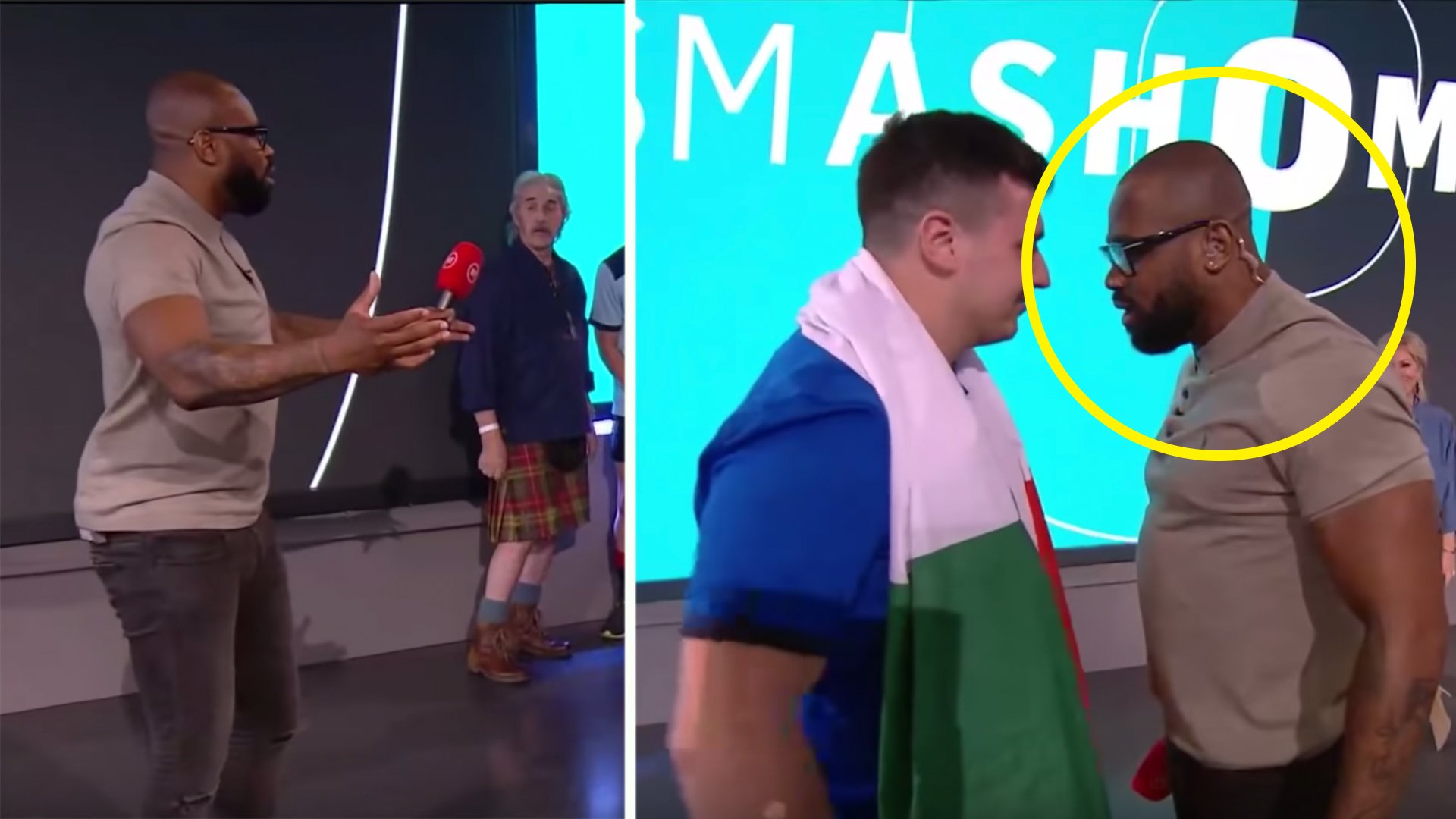 Ugo Monye and a fan squared up in an awkward moment on a Rugby Tonight episode last night, it makes for harrowing viewing that we almost didn’t share with you…

In the video they were basically saying how great Farrell was at slinging it at Ford.

What we noticed though was that the popular BT Sport Pundit was in a bit of a fiery mood when he squared up to an Italian fan and big hitter.

The game that the show was doing was looking at how hard fans could tackle from each country.

In what we hope was a bit of fun, Ugo Monye then decided to square up to the Italian fan before his go in a clear attempt at male dominance.

Here is the clip of the unprovoked assault on the poor Italian fan, who clearly has enough on his plate with his team’s current plight in the tournament.

England’s Six Nations game against Italy on March 14 in Rome has been postponed due to the coronavirus outbreak, the PA news agency understands.

Tournament organisers faced the option of playing the game behind closed doors at the Stadio Olimpico or delaying it until later in the year and have chosen the latter option.

Official confirmation of the decision is expected from Six Nations later on Thursday.

It follows the publication of a new Italian government decree that has ordered all sporting events to take place without fans until April 3 due to the coronavirus outbreak.

Six Nations officials had declared on Monday that all remaining matches in the championship were going ahead as planned except for the already postponed meeting of Ireland versus Italy in Dublin which had been fixed for next Saturday in Dublin.

However, Wednesday night’s Italian government decree allows for “the suspension of events of any nature… that entails the concentration of people and do not allow for a safe distance of at least one metre (yard) to be respected.”