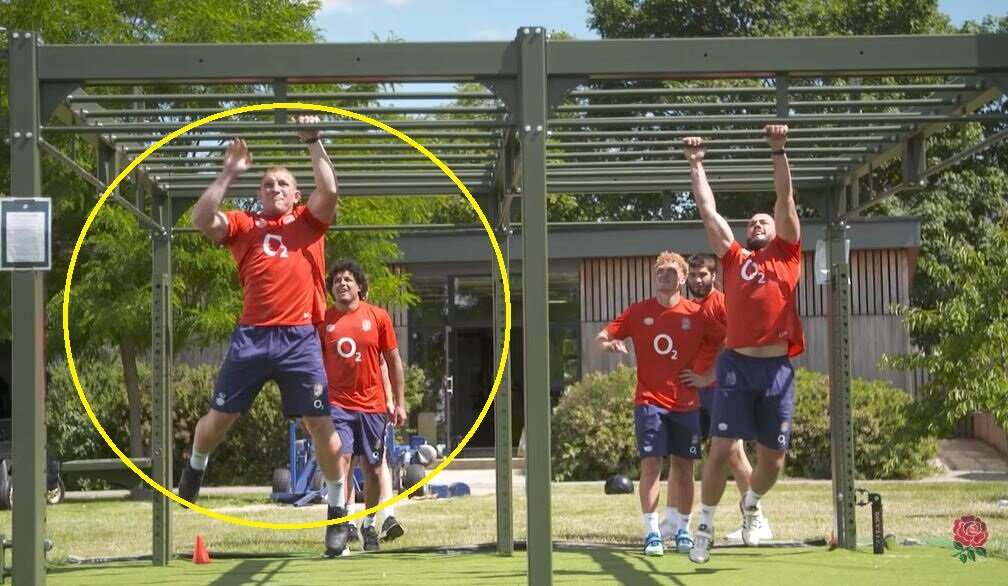 There are a lot of new boys in England and it’s really important that they lift weights and look hench when cameras are rolling.

It’s also important that likes of Ellis Genge look equally imposing in case Warren Gatland is spending some downtime in Jersey by watching England training clips. Actually, that’s probably definitely happening, as Gatland will be looking to nick ideas from Eddie Jones so he can use them to beat South Africa.

The most surprising thing is that Eddie was available to train the England players as we understand he’s been hard at work between training the Royston Vasey U15 tug-of-war team and observing the Blackpool Young Offenders League of Legends side, although sadly Fat Kev from the flats wasn’t present as he had breached his most recent ASBO.

Anyway, it’s very much worth a watch:

Earlier this week Sean Robinson was withdrawn from the England squad with an MCL knee injury sustained in training. He will undergo further assessment this week, but will be unavailable for the rest of the summer series.

Josh McNally has been called up and has joined the rest of the squad at The Lensbury, Teddington, where they are based for a training camp until Friday.

Eddie Jones’ side will reconvene on Sunday ahead of the following weekend’s England A v Scotland A game at Mattioli Woods Welford Road, Leicester (Sunday 27 June, 2pm KO).