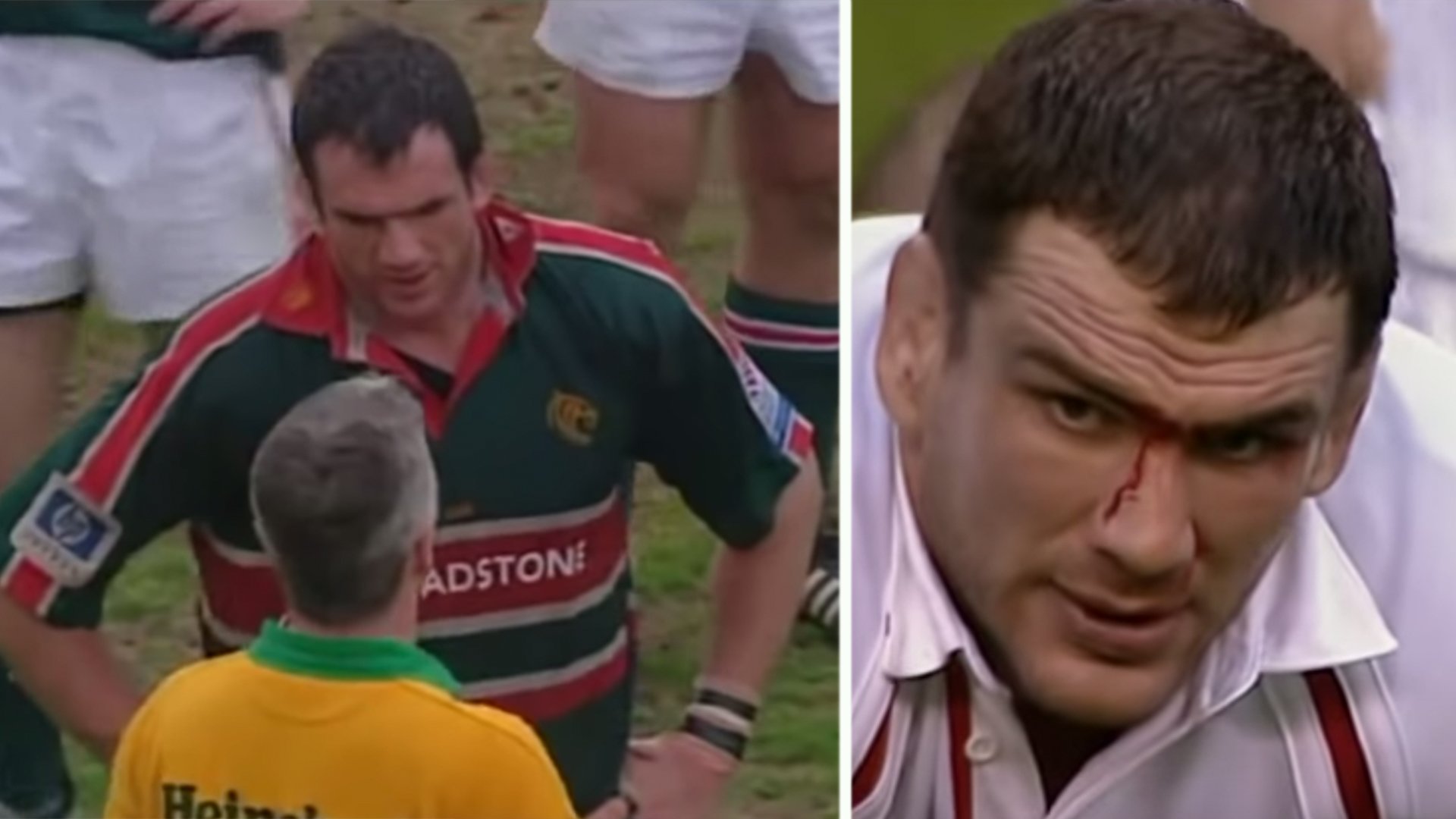 A new video has claimed that legendary England captain Martin Johnson was one of the biggest thugs in the sport.

This video paints rather a dark side to the man, who played for England in the Golden Era of their team.

Rugby online personality Andrew Forde put the video together online back in 2019 but the video has only recently risen to popularity after the Tube algorithm pushed the video our way.

Martin Johnson is known by many as England Rugby’s most succesful captain between 1994-2003 with his towering performances for the men in white.

This video paints Johnson in quite a dark light. The English player was known for his brutality on the pitch, in a time in the sport where players were highly aggressive and powerful on the ball.

In this montage Johnson can be seen punching, stamping and even headbutting players in what makes for quite a disturbing video. dirtiest

The lock was seen fighting several times in the video and this earned him his reputation as one of the most feared men in the sport.

This video really does show how aggressive this man was, he wouldn’t last 5 minutes in the modern game with all the cameras that could look back and see what he had done.

Do you think Martin Johnson was a thug in rugby or just an ultra-aggressive player? Personally we think it was just what was needed to survive in rugby in that era.