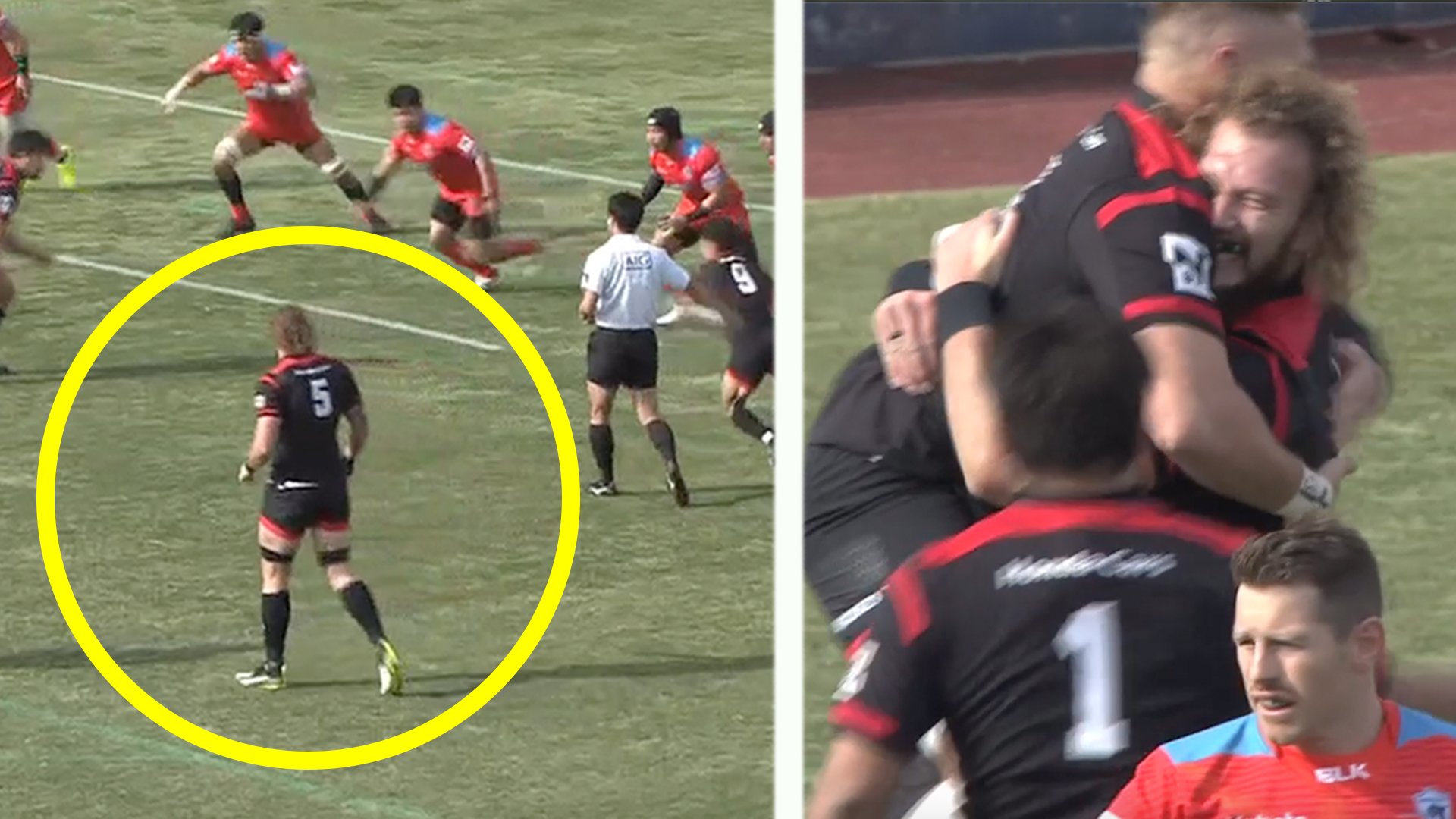 World Cup-winning lock RG Snyman has just done something simply outrageous this weekend in the Japanese Top League in Japan.

The South African giant has been incredible for Honda Heat since he joined the club in the lucrative Asian League. This outrageous piece of handling has now been viewed almost 53,000 times on Twitter, with fans in awe of how Snyman managed to hold onto the ball.

What a side that is… Kerevi, Giteau, Whitelock, Carter, Crotty on the bench. #JapaneseTopLeague pic.twitter.com/PTIZH9sJqy

Snyman managed to make this squad and we can see why when he is doing things like this on the pitch for his team.

World Cup winners Damian de Allende and RG Snyman are reportedly set to sign for Irish province Munster, in what represents a major double-signing for Johann van Graan’s side.

Snyman stands at a freakish 6ft 8′ tall and he used every bit of that height to score this sensational try for Honda Heat.

In the clip he runs from the kickoff and catches the ball in both hands out of the grasp of the opposition pod.

After this, he holds the ball in one hand where he manages to somehow juggle the ball out of the grasps of several opposition players.

Snyman is universally loved in South Africa for the performances that he put in during the World Cup for the men in Green. The Irish will be sure hoping to see this kind of form when he plays for Munster next season.

The only query we have about this try was, was he onside on the kick off. It looked like he may have been about a metre offside when the ball was kicked.

Here is the video of the try that he scored pretty much all by himself, OUTRAGEOUS I say. A winning try for sure