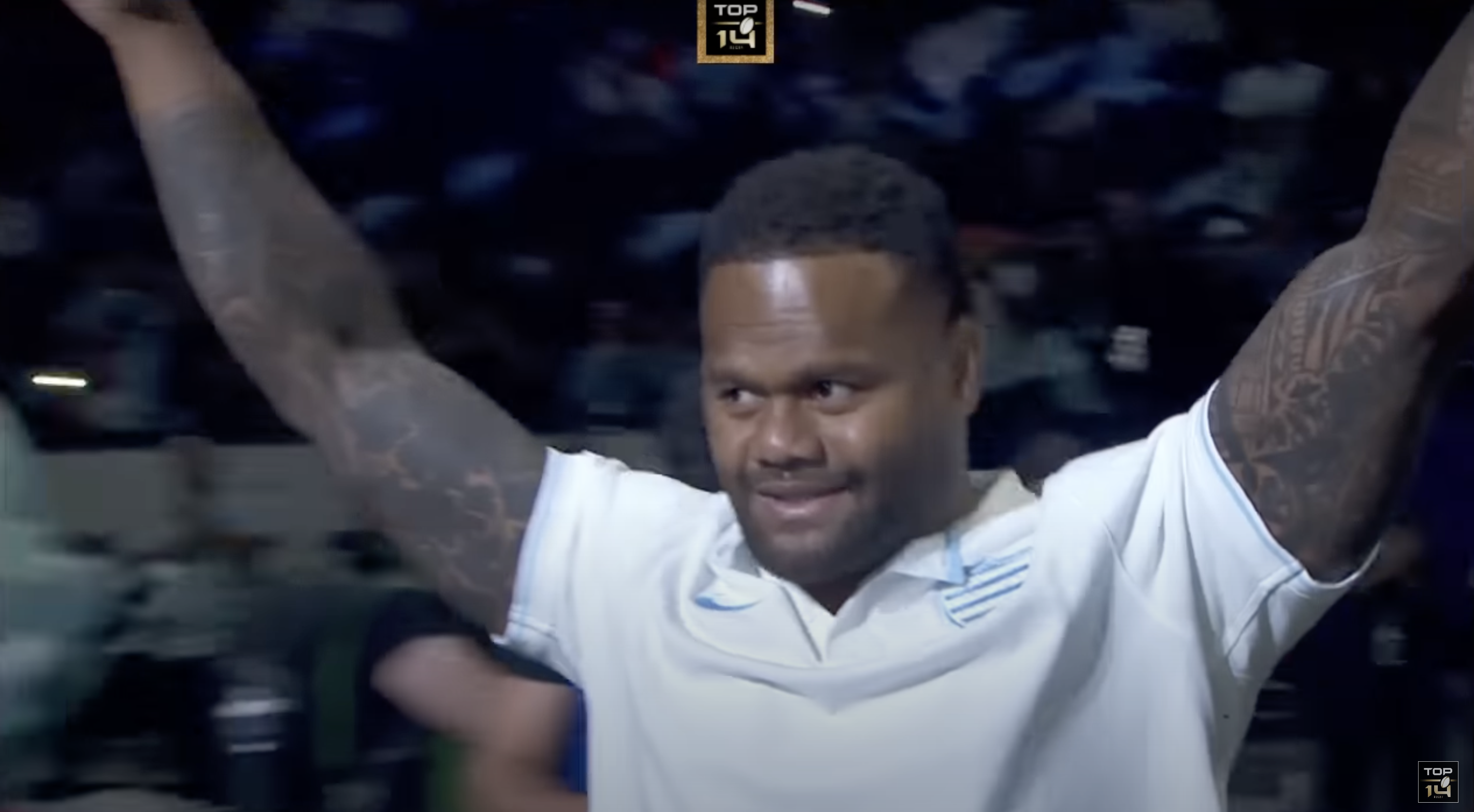 Former Racing 92 and France centre Virimi Vakatawa received a warm welcome at La Defense Arena on Saturday as he led his former side out after retiring earlier this month.

The 30-year-old had to bring his career to a premature end a few weeks ago after being banned from playing by the Ligue Nationale de Rugby due to a heart condition. He announced his retirement shortly after Racing’s first game of the season, which he missed, and led the team out last Saturday in what was their first home game since the announcement.

“I didn’t feel any symptoms or anything,” Vakatawa said at a press conference two weeks ago. “I had a discussion with the doctor. I have nothing broken, everything is fine. I’m going to stay not far from here, just to clear my head.

“I arrived at 17, I didn’t regret leaving my family at all. I know it was hard. I always tell young people that they were lucky to be here. There are Fijians who will still arrive, I want to help them. I really appreciated having so many people by my side.”

To top off the occasion on Saturday, Racing won 32-19 against Lyon, before Vakatawa joined his former teammates on the pitch for a lap of honour. The victory leaves the Parisian outfit in fourth place in the Top 14 after three rounds.

Take a look at the moment Vakatawa led Racing out:

This is what France head coach Fabien Galthie said after Vakatawa retired: “I would like to thank Racing 92 for allowing me to be here today.

“I wanted to accompany Virimi, it’s special so I’m very moved. Fate has meant that he will have played his last two games with Les Bleus in Japan. We will try to get over all that because we know that it can happen in high-level sport, but we still take it [the shock retirement] with full force.

“Monday, when he called me, it touched me. Virimi made many children dream. When we took over the France team, he was a key player in our adventure, in our history. He is an example of what he lives – we must tell our children to enjoy all their matches as if it were the last.”