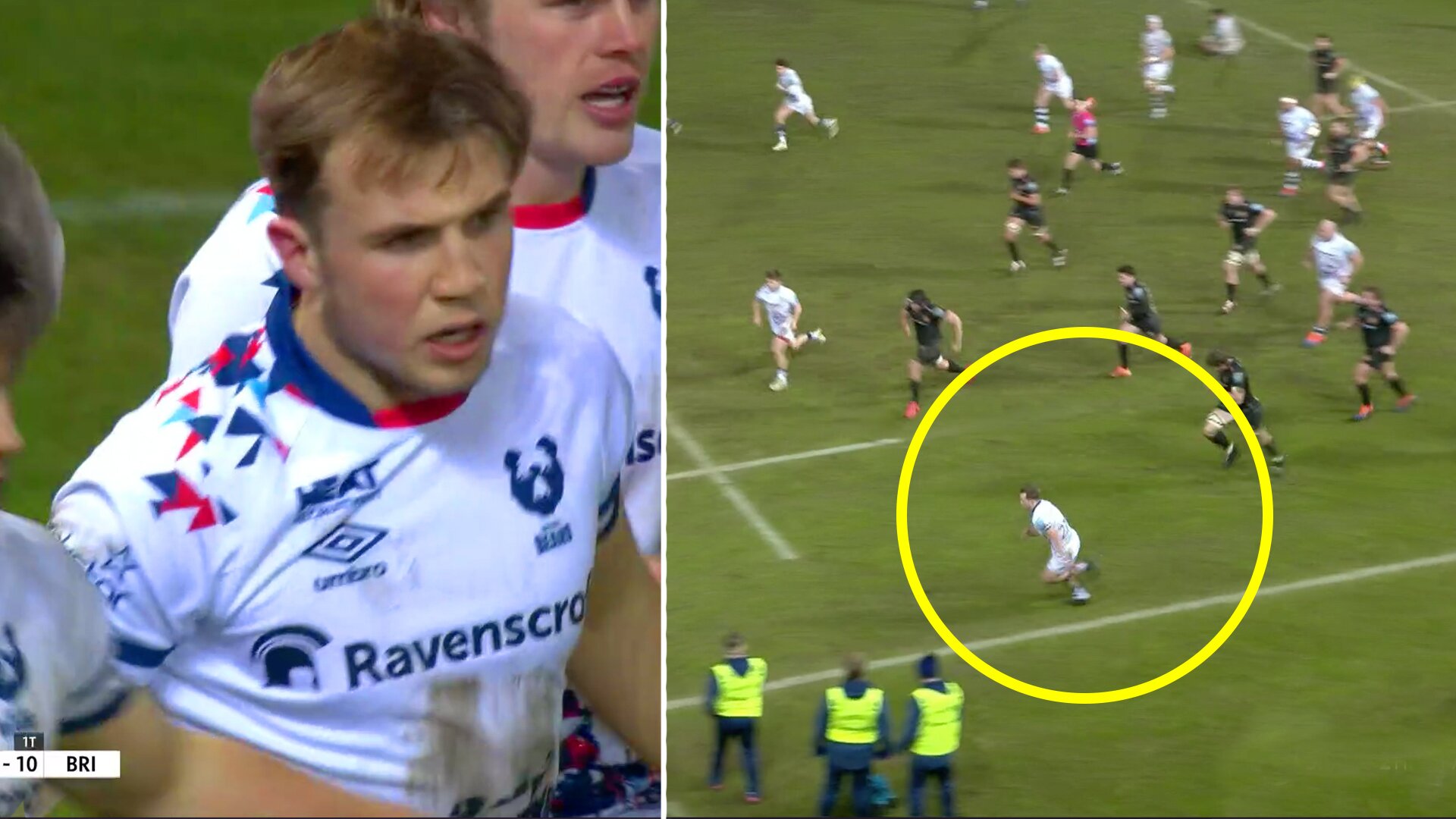 Wales youngster Ioan Lloyd put rugby fans on red alert again this weekend with an incredible piece of solo rugby in Bristol’s win over Exeter over the weekend.

The 19-year-old has been stunning rugby fans recently with his form, and this incredible solo run will show rugby fans exactly what he is capable of at the highest level for his club.

We have been banging the drum for the young Welshman this season after some incredible performances already this season.

Bristol Bears today shared footage of an incredible solo run that he made in the match. It truly shows just how dangerous he is with just a little bit of ball.

England World Cup winner Lawrence Dallaglio had nothing but positives for the young utility back who is already making massive waves for the club.

“I’ll tell you what, Wales are lucky with that Ioan Lloyd, he is some player, he has come on and lit up every single game that he has played in. He has got some serious skill on him. Everything he does has turned to gold recently.”

Is he ready to play for Wales yet at an international level? Many fans would argue that he is, after all, fans were clamouring for Louis Rees Zammit to get his Welsh cap which he did this Autumn. And we feel Lloyd is a far more rounded player than LRZ.

Here is footage of the clip showing the sensational solo run from Ioan Lloyd. No wonder Wales fans are getting so excited about this player when he is doing things like this for his domestic club.

Does he have what it takes for Wales yet?