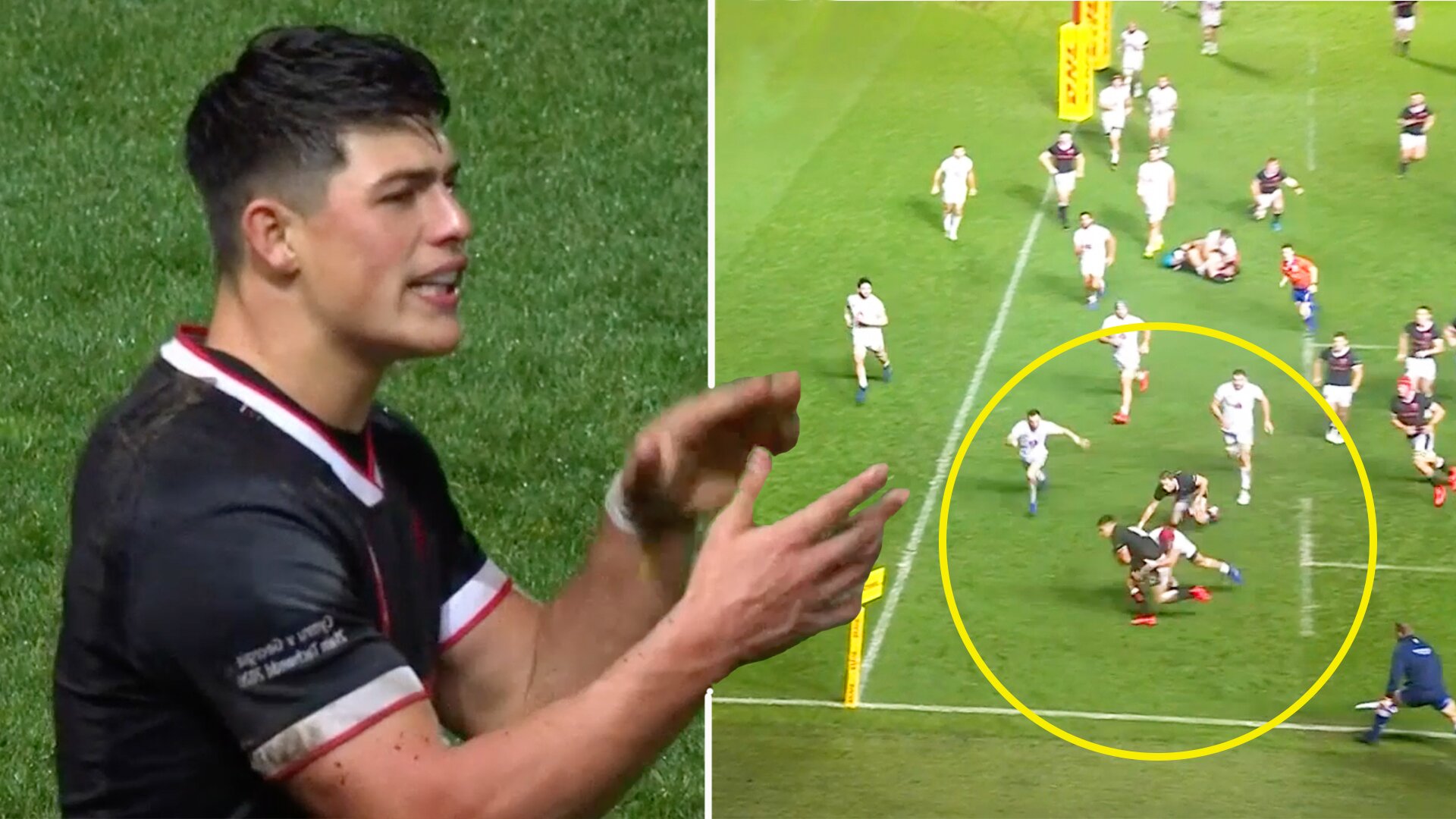 Welsh teenager Louis Rees-Zammit had the dream start to his Wales career today after scoring against Georgia in the Autumn Nations Cup.

The 19-year-old made his first start for his country on the left-wing in torrid conditions.

There has been massive hype around the Gloucester winger in recent months – based on this showing, it was merited!

Wales went into half time at just 10-0 thanks to the youngsters score in the corner in a match that many predicted would be an attritional encounter given the wet and windy weather.

England’s Jonny May in full flight is undoubtedly one of world rugby’s most majestic sights, and when the winger is on form, one of its most hard to contain threats.

After an uneventful start, the game burst into life as two tries from May put England in control.

Having missed the first conversion, Farrell made no mistake with the second to leave the hosts 12-0 in front.

Yet it was the second try that truly lit up the fixture and it left social media stunned, leaving aside his remarkable facial hair that is. The try – his 31st at international level – made him the joint second highest try-scorer in his country’s history alongside Will Greenwood and Ben Cohen.

The Gloucester man ran from deep inside his own half and touched down under the posts after chasing down his own kick.

“The in-out from Jonny May there to sit down Farrell on that second try was a thing of beauty!” said Brian O’Driscoll.