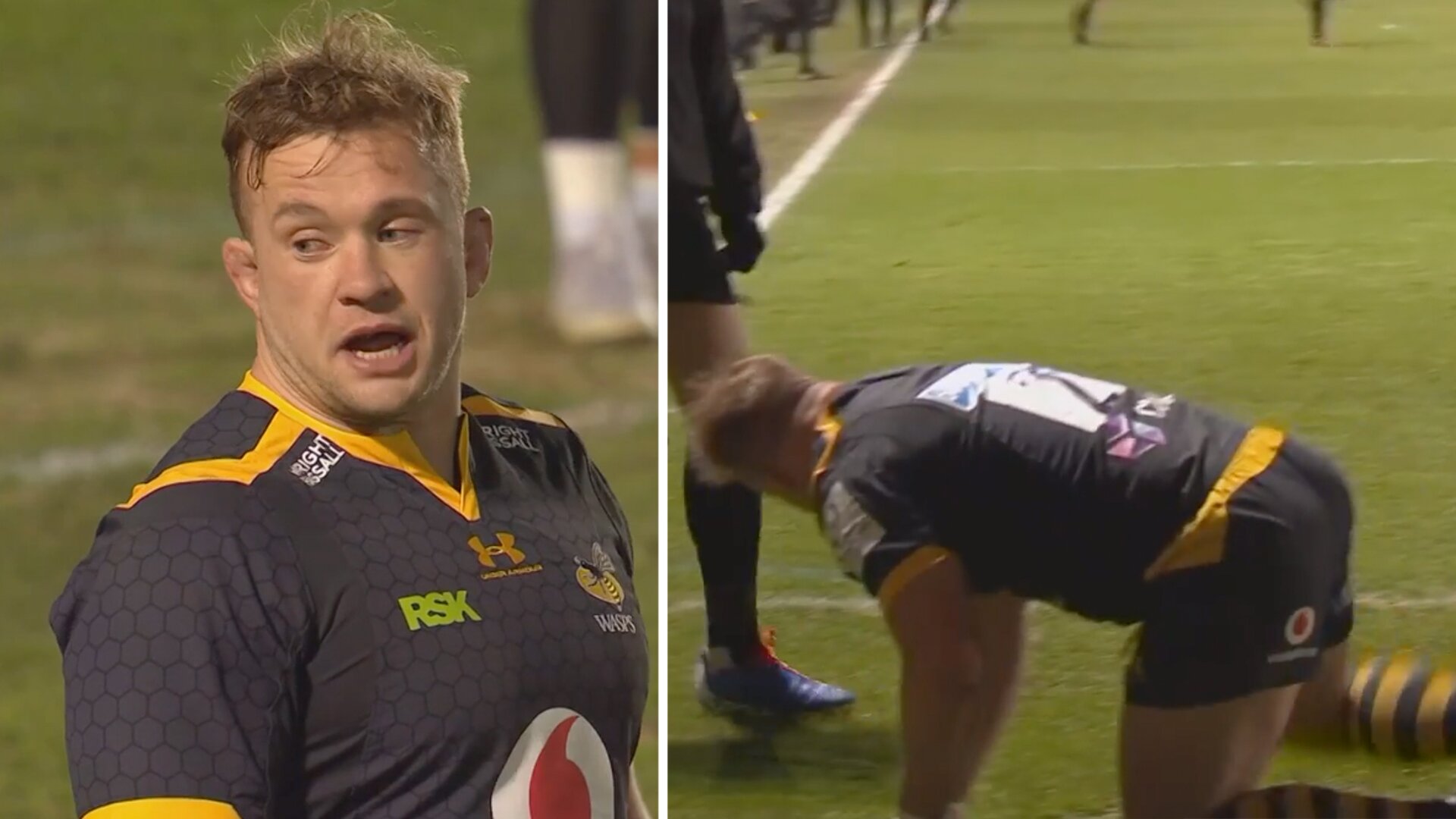 Wasps hooker Tom Cruse has found himself surprisingly on the end of some strong criticism on social media after his try celebration in the Challenge Cup again Dragons.

The Coventry-based side put in a strong performance to put away a spirited Dragons side who will now be struggling in that competition. However, it was clear to see that most of the attention was on the try celebration of Wasps hooker Tom Cruse.

The 31-year-old scored a fantastic try in the 19th minute of the match, after a fizzing pass from Dan Robson released the front-rower through for a try.

His celebration showed him cocking his leg in what seemed to be him mimicking a dog urinating.

It drew confused and amused reactions from much of the rugby public.

What was that celebration, Tom Cruse? 🐶

The @WaspsRugby hooker with a brilliant finish, then… Eh… Marks his territory near the corner flag 😂#HeinekenChampionsCup pic.twitter.com/lrs9VeY3Fw

Fans were quick to jump on the celebration, calling it disrespectful!

That was pretty disrespectful as a celebration, nothing good about it and he should be sanctioned by his club (and European Rugby if it is possible).

Think we need rugby to be better than that.

Wasps hooker try celebration pretending to be a dog and pissing on the floor!? Wtf?

Has rugby turned into football

As Nigel Owens would say ”this isn’t soccer”

For us personally, we love this kind of celebration.

Players should be allowed to bring a bit of creativity into their rugby, and they shouldn’t be lambasted by the rugby public when they show some personality.

What do we want? Rugby players or robots? This Wasps try celebration was brilliant!