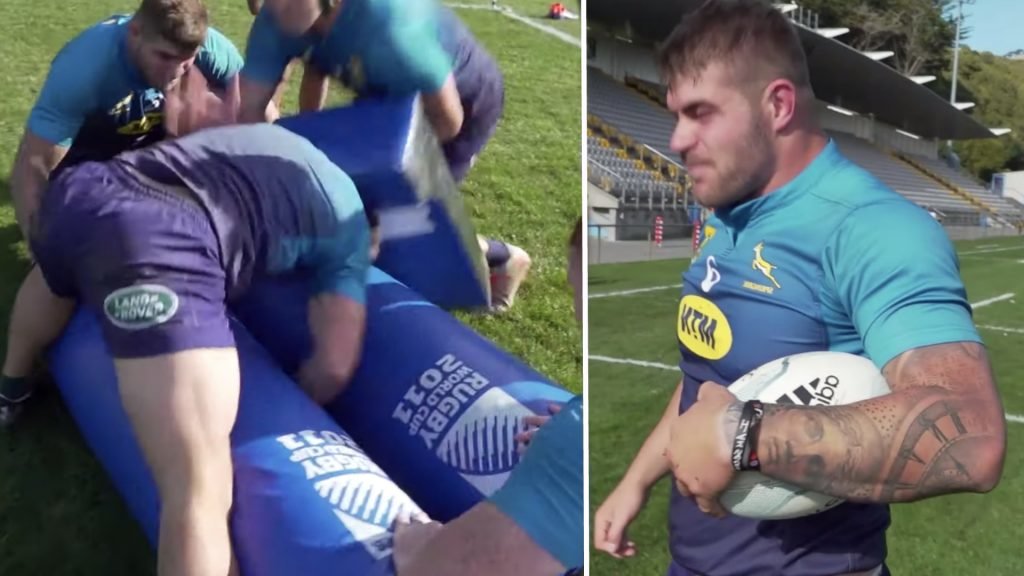 What a treat we are in for as we see two of the best players at jackalling in the game in one video.

Kwagga Smith and Malcolm Marx both gave some of their top tips in jackalling to the backs who it’s safe to say are far more inexperienced in this are.

Marx is literally immovable in this video he’s that strong over the ball!

In other news: England star signs for Harlequins women

Harlequins is pleased to announce Hooker and RAF Officer Amy Cokayne will join the Club from the 2019/20 season jackalling included.

The front rower, who has 45 England caps to her name has established herself as a powerful tight five operator and a prolific try-scorer at domestic and international level, having scored five tries in the 2017 Women’s Six Nations – the second highest in the tournament that year.

She scored her maiden Test try against Canada in Edmonton in the Women’s Rugby Super Series in 2015 and went on to feature in each of England’s fixtures at the World Cup two years later.

Cokayne’s family moved to New Zealand in 2006 after her father, also a serviceman, was recruited by the New Zealand Air Force. During her time in the Southern Hemisphere, Cokayne captained her school side, Fielding High School, to 53 consecutive victories.

Cokayne took time away from the sport in 2018 to complete her RAF training but will return to club and international duty in the 2019/20 season as part of the England Rugby set-up.

Harlequins Women Co-Head Coach Karen Findlay said: “Amy is a fantastic addition to our squad and will provide further class to what is already a strong tight group of forwards who strive for excellence and create a competitive edge.

“Amy has a drive to be the best she can be; her tenacity and aggression in the contact area are evident strengths as well as her proficiency at set-piece, and I’m confident she will add another dimension to our forward play.

“She is keen to get back into an England shirt and knows what it takes to compete and succeed at the highest level, and her quality will be invaluable as we take the next step of our journey next season.”

Cokayne added: “Harlequins is setting the standard for professionalism in the women’s game. No other club is providing the same quality of set-up in terms of off-field support and on-field performance, and that was a huge factor in terms of me wanting to play here.

“Having been out of the sport for the last couple of years while completing my training for the RAF, I wanted to be in an environment where I can push myself to being the best I can be, and get back in the mix for England, and I think Quins will certainly provide that. The Club has an incredible group of talented players from all over the world and everyone seems to offer something different, and that can only help me improve as a player.

“It’s also incredibly exciting to have the opportunity to work with the likes of Karen and Gary (Street, Harlequins Women’s Co-Head Coach), who have enjoyed such a huge amount of success both domestically and internationally. I know they will help me take the next step as an athlete.

“I’ve also had the opportunity to play at The Stoop on numerous occasions for club, country and with the Royal Air Force. When I was with England, we used to refer to it as our “fortress”, and it’s definitely somewhere where I feel at home.”