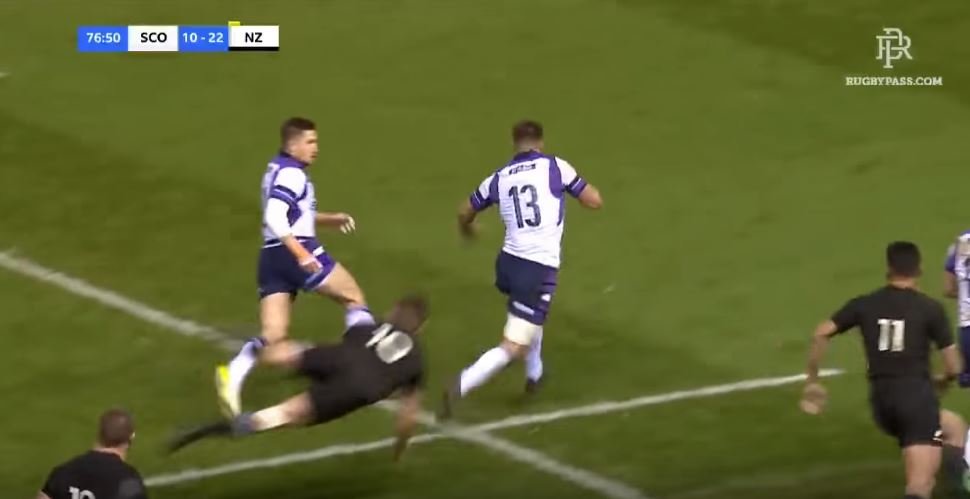 Born in Edinburgh and educated at Millfield School in Somerset, the 22-year-old then went on to start for Scotland in their first Autumn Test against Australia at BT Murrayfield (22-23), scoring two tries during his starting debut.

The following year he earned his RBS 6 Nations debut in Scotland’s 2017 opener against Ireland at BT Murrayfield, defeating the men in green 27-22 in front of a sold-out crowd to secure Scotland’s first 6 Nations opening win in 11 years.

Jones went on to start every match of the 2017 campaign, scoring two further tries against Engand at Twickenham.

In Jones’ 2nd 6 Nations, he was one of seven players to start in every match for the Scots. He continued his prolific try scoring for Scotland in the 2018 Natwest 6 Nations, touching down against France and twice in the historic Calcutta Cup win over England at BT Murrayfield.

Despite being schooled south of the border, it was a gap year to South Africa in 2012 that sparked Jones’ rugby career, after he elected to stay and study at the University of Cape Town, winning the Varsity Cup in 2014 and scoring in the final.

He was then selected for Western Province, first in the under-21 squad and then the senior Vodacom Cup team, before being called up for the Stormers last year and making 21 appearances to date.