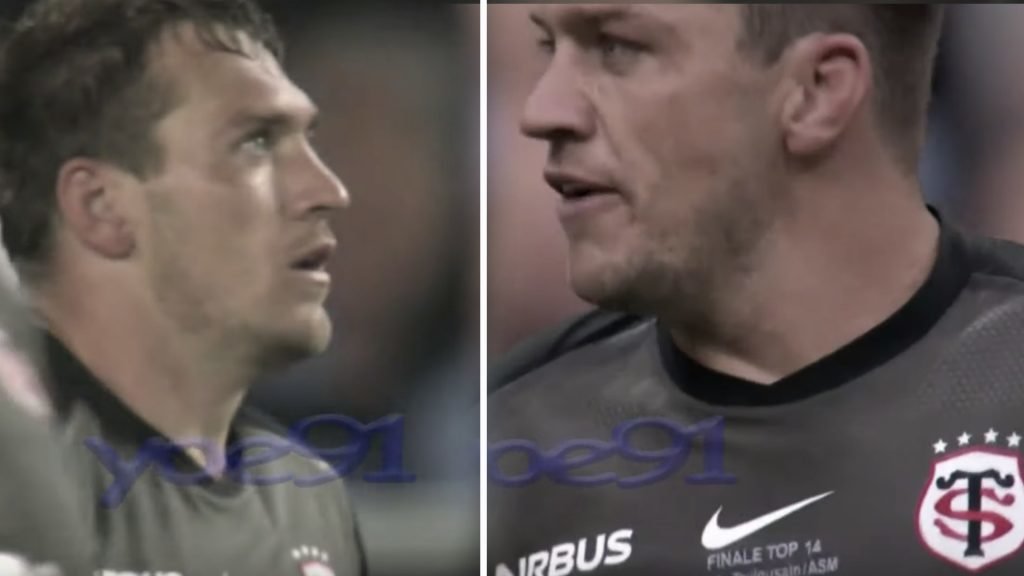 WATCH: South Africa may very well have found their next super flanker and he is industrially savage

Yoe 91 has just made a brilliant highlight reel on Toulouse back row and Springbok bolter Rynhardt Elstadt. His highlight reel is named “Elstadt breaks everything” and it’s not wrong. He is a classic beasty flanker who doesn’t mind taking other players to the cleaners at any chance he gets.

He reminds us a lot of the South African enforcers of old like Pierre Spies and Schalk Burger. Surely he needs to be considered for the World Cup if South Africa want to physically dominate teams.

We think this flanker is going to seriously go places.

Exeter Chiefs have bolstered their ranks ahead of the new season by recruiting former Harlequins forward Stan South.

The 22-year-old, who can play either at lock or in the back-row, is Rob Baxter’s fourth capture of the close season, joining the likes of Stuart Hogg, Tom Price and Will Witty in making the move to Sandy Park.

South was due to join Championship outfit Coventry this season on a two-year deal following his release from Harlequins, but following injuries at the end of last season to both Price and Witty, the Chiefs have themselves swooped to recruit the Southampton-born player on a one-year deal ahead of the new campaign. Flanker.

Director of Rugby Rob Baxter said: “Sadly, both Tom and Will picked up significant injuries at the end of last season which mean they are not going to be available for the start of the season. That’s meant we have been left a little bit short in the lock department, so we’ve had to look at various options, one of which has led us to Stan.

“Looking at him, he’s a good age at 22, he’s a big guy, he’s played in the Premiership with Quins’ a few times, plus we feel there is still a bit of development in his all-round game that we can work with. Coming to us, hopefully we can re-ignite his career and challenge him in a way that he’s perhaps not had before.”

The former Stanley Park school pupil joined Harlequins for the 2014/15 season from the well-respected Whitgift School and has previously represented England at both Under-18 and Under-20s level. South played 30 times in total for the Londoners, making his debut in the Anglo-Welsh Cup against Gloucester in 2015.

Now, he’s heading to Devon for a fresh start with the Chiefs – a challenge he readily accepts he is relishing.

“I’m really looking forward to it,” he said. “It’s going to be great joining a top club, who have for a number of seasons now have been in and around the top of the Premiership. Looking from the outside you can see they have a strong unit down there and having played against them a few times, I know how tough a side they are to face.