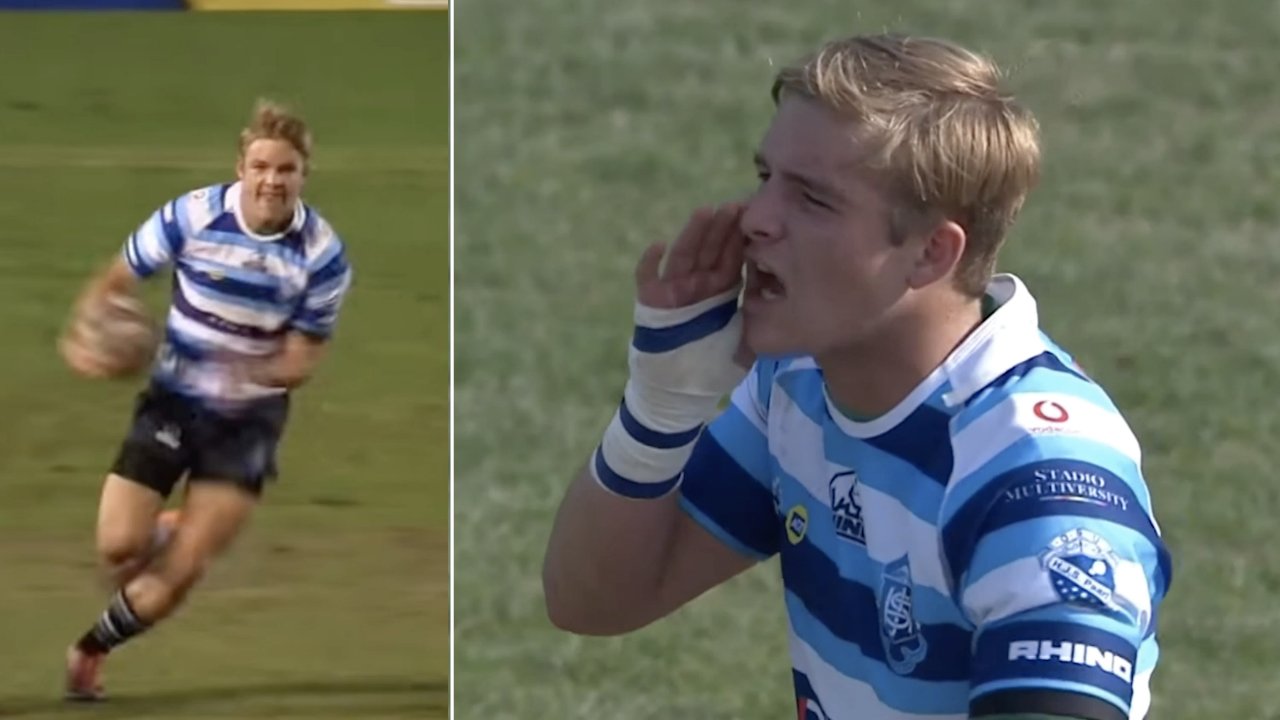 WATCH: The South African wonder kid that is tipped to be the next Springbok superstar

Kian Meadon is a name we are sure that you will be hearing much more of in the future. He is currently the wonder kid in South African age-grade rugby, playing 10 for South Africa Under 18s and also for his school Paarl Boys High.

The 18-year-old has already amassed a following of 7,000 followers on Instagram just through his profile at schoolboy level and he is tipped by many to be the next superstar Springbok.

Meadon has an unbelievable first touch and a SERIOUS boot that reminds us of Frans Steyn.

The Jaguares XV claimed the Currie Cup First Division title, sponsored by Direct Axis Financial Services, with a hard-fought 27-14 win over Down Touch Griffons in Potchefstroom on Friday. Meadon would smash it in this team.

The team based themselves at the Sports Village in Potchefstroom and played their home matches – and the final –at Fanie du Toit Sports Grounds.

The Argentinean side, playing in the competition for the first time, showed that they had no peers by going through the league phase undefeated and keeping that winning form till the end. The match report of their win over the Down Touch Griffons is here.

Jaguares XV coach, Nancho Fernandez Lobbe, thanked SA Rugby in particular as well as all the opposing teams for allowing them to play in the competition.

“We travelled all over the country and was privileged to play against wonderful opposition. This was a wonderful experience for us and we want to thank everyone who made this possible, Fernandez Lobbe said.

“We hope to be back next year.”

In the final of the SA Rugby Under-20 Provincial Championship, the Down Touch Griffons had better luck, defeating the EP Elephants 37-29. They claimed the title for a fourth time (match report here).

Griffons U20 coach Jacques Juries said they made it difficult for themselves, blowing a 22-0 lead in the first half.

“We started so well and then almost let it slip in the middle part. The guys came back strongly in the end and we are very pleased with the result,” Juries said.

“The decision to co-operate with the Free State Cheetahs was also a very good one for both unions, and the players got some valuable experience.”