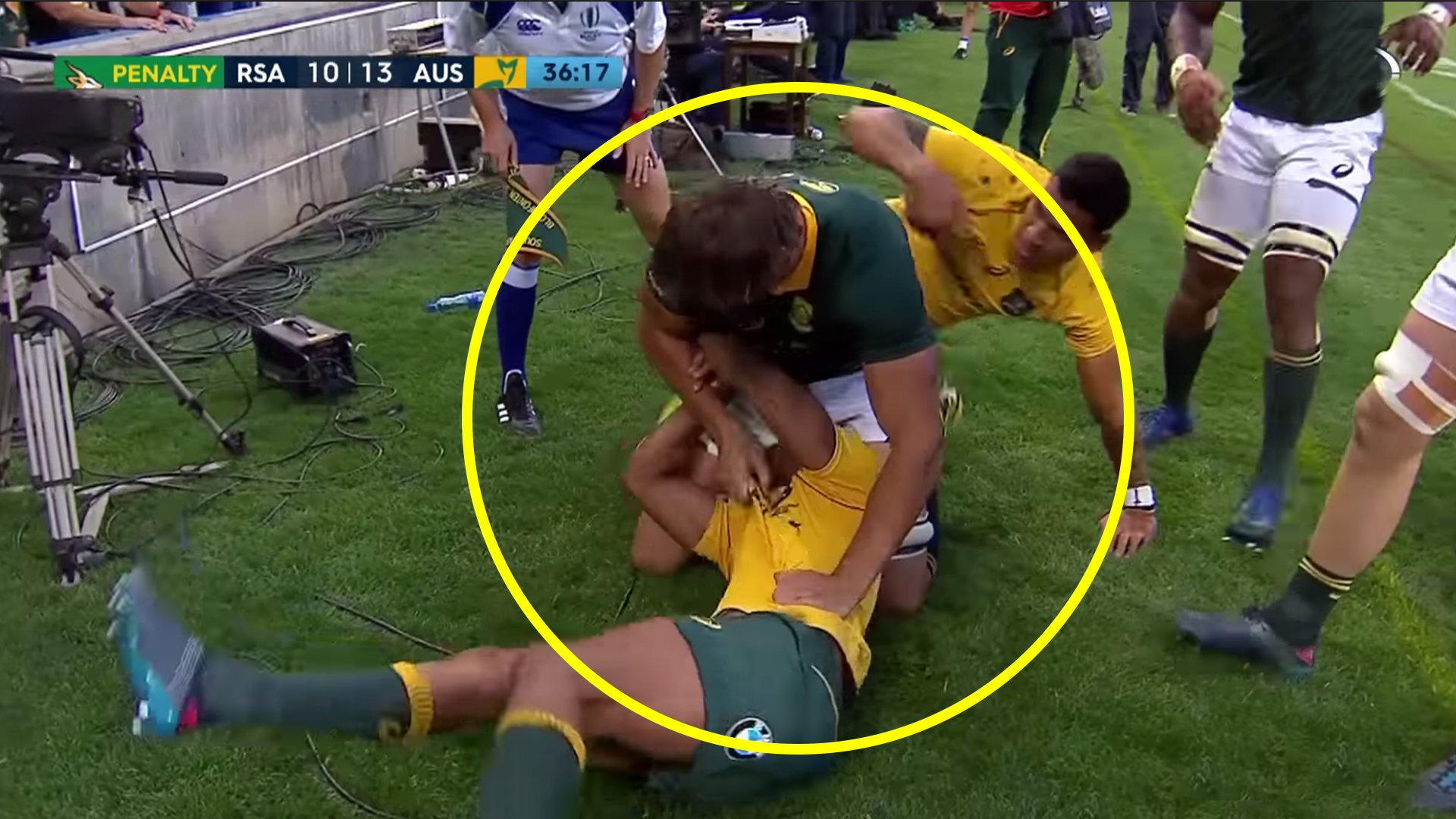 Footage of one of the most shocking incidents in rugby history can now be found online. It’s not the incident that is that shocking. It is the reaction from Eben Etzebeth to this pull of someone’s hair in a rugby match.

Back in 2017, tensions were high as both South Africa and Australia were suffering from poor form in rugby.

during the match, Israel Folau pulled the hair in the rugby match of Dillyn Leyds. Eben Etzebeth came out with an outrageous reaction!

Former Australia coach Michael Cheika defended Folau for pulling his hair at the time. This is from a RugbyDump report.

When asked about it by a journalist post-match, Cheika exploded (see below), denying that it happened and instead claiming that Eben Etzebeth flew in with his elbows up in retaliation, causing a scuffle.

“Have you ever played rugby mate?” Cheika barked at the journo.

“Then the other bloke [Etzebeth] comes in charging with an elbow. He doesn’t make contact, but he was heading that way. The captain of the other team comes charging in‚ and just because he doesn’t get him [Folau]‚ nothing is said about it. What if he did? What then?”

When Leyds was asked about it, he confirmed that he was “100% tackled by the hair”.

“He actually caught me by the hair twice. He had one go at it. Then he got his left hand on it and pulled me down and had another go at it. I don’t know what their version is‚ but 100%, I was pulled by the hair,” Leyds, who was making his starting debut for the Springboks, said.

SANZAAR have yet to issue a statement about Folau, and likely will not at this stage.