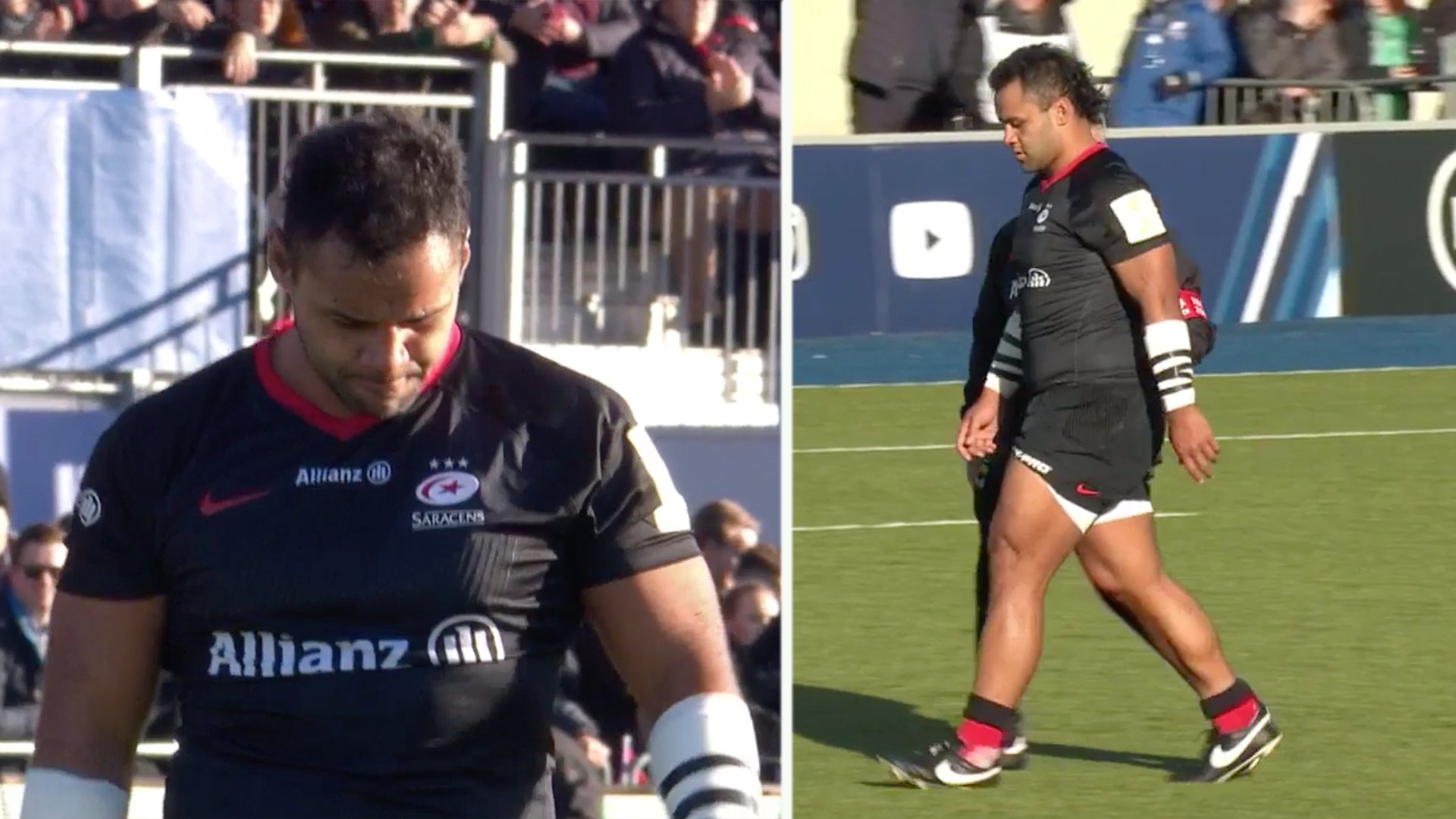 Disaster for England as Billy Vunipola will miss Six Nations

Could things get any worse for Saracens and England? Billy Vunipola has broken his forearm for the fourth time which will rule him out of Six Nations contention.

The Tongan-born prop was seen walking off the field, with commentators thinking that it would be a HIA case where he may be concussed.

However, in reality, it appears to be that Vunipola was in fact known to have had a broken arm as coach Pat Sanderson confirmed it in talks with BT Rugby.

The reaction on Twitter told a told of how England fans feel about this latest news.

If scans reveal a break he is almost certain to miss a large part of the Six Nations for England.

How's that for bad luck for Billy Vunipola.

It has been a terrible week for Billy Vunipola and Saracens as the club announced last night that the team would be relegated to the second division of English rugby.

Premiership Rugby confirmed that Saracens Rugby Club will be relegated from the Premiership at the end of the 2019-2020 season.

As first reported by RugbyPass on Thursday night, this action follows the conclusion of dialogue between Premiership Rugby and Saracens over the club’s compliance with the Salary Cap Regulations, which began in November 2019 after the club received a sanction in respect of breaches in past seasons.

Vunipola will have certainly had had speculation about whether he would be leaving the London club now that they are dropping down a league, however, it is now thrown into doubt as Vunipola will be out of the game for weeks if not months.

Saracens had a poor game against Racing 92, with Will Skelton being sent off for a high tackle to the head of a Racing player. It spells what has been an awful week for the team.

Here is the video of Billy Vunipola heading off the pitch with his broken arm.

This is terrible news for England.

The club have confirmed Number 8 Billy Vunipola suffered a broken arm during their Heineken Champions Cup victory over Racing 92 on Sunday.

The full extent of the injury will be determined in the coming days. pic.twitter.com/dWAyacPZR7