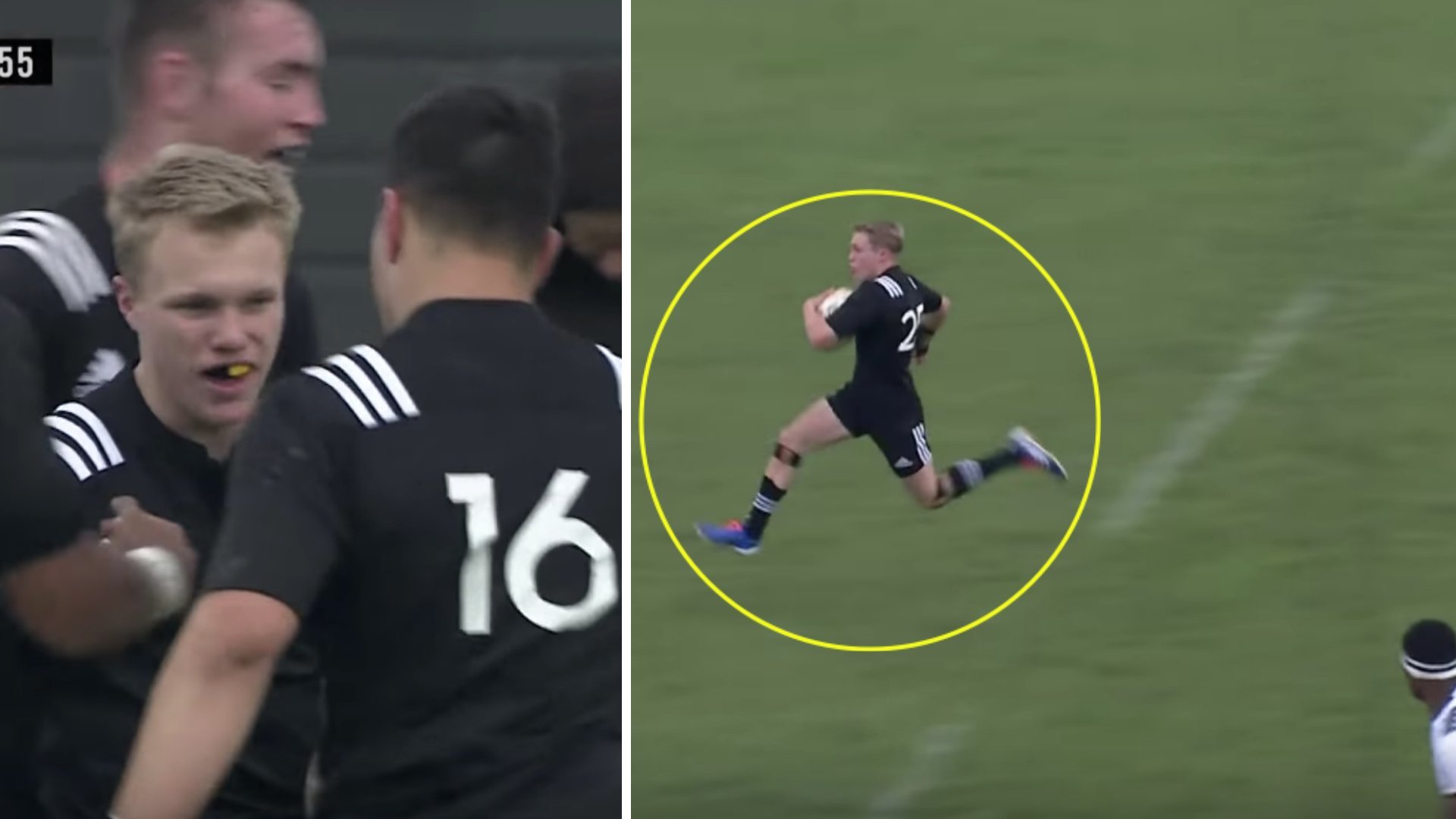 A young player in New Zealand is being labelled by some as the next Christian Cullen after this unbelievable run against Fiji.

New Zealand schools were taking on Fiji Schools this weekend and all the headlines were focusing around youngster Blair Murray after he outran 3 Fijian on a 60-metre solo try.

The run is unbelievably reminiscent of All Black legend Christian Cullen who was known for his erratic runs, changing the angle at a moments notice.

Here is the run itself does it remind you of him?

We decided to throw together a little comparison video of both the players so you could see just how similar both these lads are in their style.

And here is Blair Murray, see the similarities?

Some serious flair on show and we know that players shouldn’t be hyped up too early but we do really like this show of skill from the youngster. Is he the next Christian Cullen?

RugbyPass is bringing back some old school memories to feed your rugby diet during this time without rugby. Watch five minutes of All Black fullback Christian Cullen destroying the Springboks and Wallabies during his Tri-Nations career from 1996-2002 during his prime.

Cullen remains one of the greatest players of all time and one of the most fondly remembered stars of the professional era. His international career was brief by today’s standards but sixty percent of RugbyPass fans still voted Cullen as the greatest fullback ever.

Do All Blacks fans agree with this or do you feel he’s nothing that special?

This was a side made up of just Southern Island players