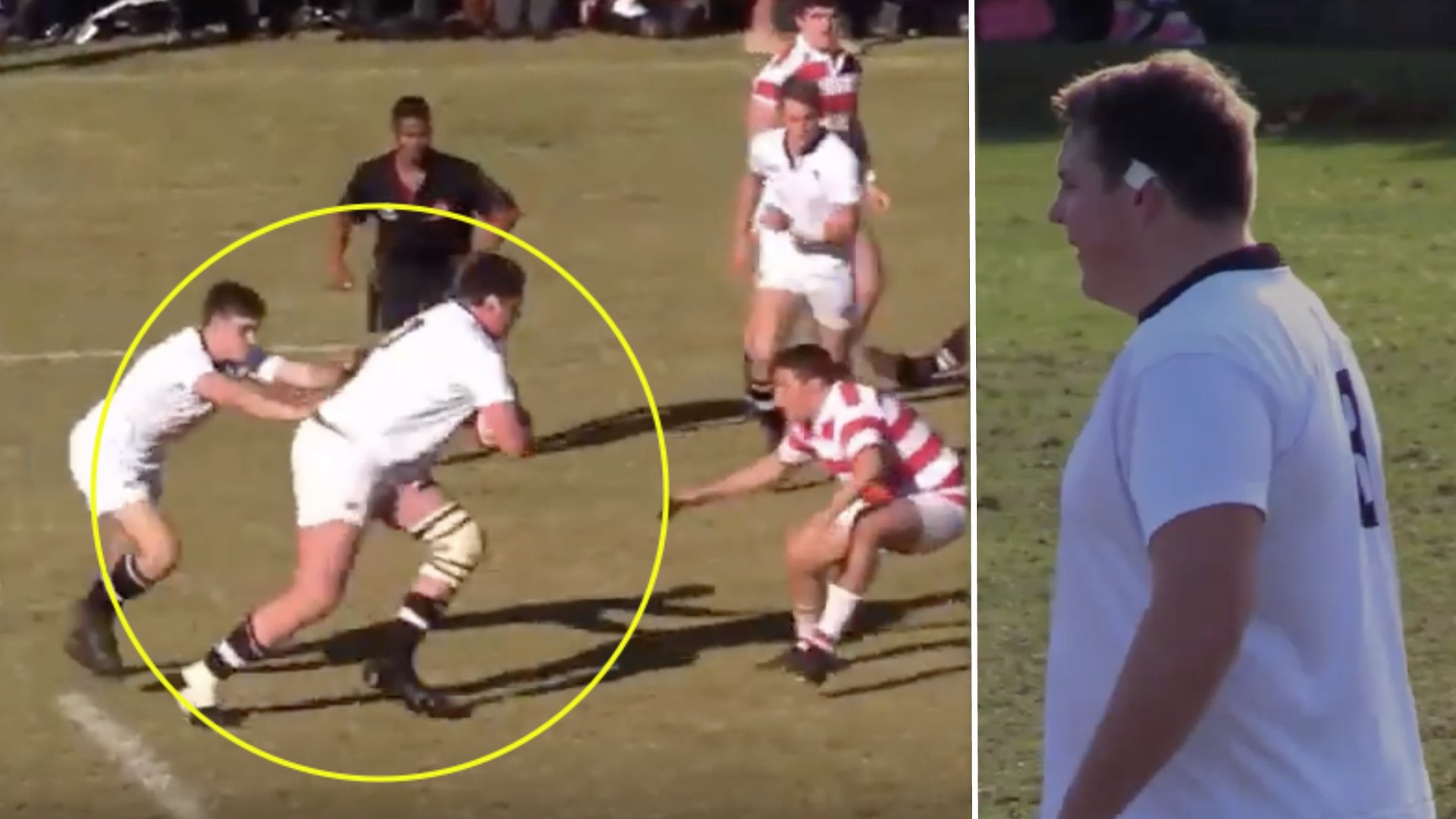 A gargantuan 6’7, 150kg prop is terrifying in new compilation

We were browsing on the tube this week when we stumbled across this absolute unit. This lad is simply gargantuan. Standing at 6’7 and weighing in at 0ver 150kg, we can’t help but be amazed at the size of this guy.

The highlight reel only dropped recently but we were left in awe at the sheer size of the prop who is called Christoper d’Oliveria. Some of the carries that he makes in this video are insane, and we would expect nothing less from someone as gargantuan as this.

With the focus firmly on the Rugby World Cup at the moment, you could be forgiven for glossing over things that aren’t related to it, but we assure you that you will want to see this.

Just take a look at the player in this highlight reel. I can’t think of a schoolboy prop that is this big before…

Springbok captain Siya Kolisi says his team has embraced the mental challenge of a Rugby World Cup quarter-final against Japan as the countdown begins in earnest to Sunday’s 19h15 (12h15 SA time) kick off.

Kolisi, Handré Pollard (flyhalf) and Mzwandile Stick (assistant coach) attended a media conference following a reduced captain’s run at the Tokyo Stadium on Friday, which was attended by only the kickers.

The field will be in use for the New Zealand v Ireland quarter-final, which will be underway when the Boks’ captain’s run would normally take place. SA’s captain’s run takes place on Saturday at their training ground.

“It has been do-or-die for us since the first game so we have been in that mindset for a couple of weeks now. This is not like any other Test match – it’s play-off time at the World Cup and we have prepared mentally for it.

“Each of us will have different ways of doing that and the coaches haven’t put us under pressure mentally – we have prepared as a normal Test match week – but we know as players what we need to do and what needs to be done.

“I don’t think anyone needs to tell us that this is a big game. We know as players how big this is and if you don’t then you probably shouldn’t be here.”

Pollard was reminded that he had been a member of the team that lost to Japan in the previous World Cup and it is not an emotion he wants to repeat.

“That was very tough to handle,” the Bok flyhalf said.

“That stuck with us until the game we played here. It’s something you never want to live through again. But four years ago was a completely different story; different South Africa side; different World Cup; different players.

“A lot has happened in the meantime. But us as a group who were part of that match don’t want to repeat those mistakes – hopefully we can show that during this play-off series. It’s not a focus for us, we’re just focusing on the match and playing our best rugby on Sunday and winning.”

What South Africa know best produced a 41-7 victory over Japan in Kumagaya six weeks ago and Stick said he saw no reason to deviate from that pattern: “Both teams have improved quite a lot from that game but we are sticking to what we know best and nothing has changed from what we have been doing,” he said.

“But if you look at our squad, we have got players from 1 to 23 that are really doing really, really well and most of the games we have played so far we have finished on a high note. That’s something we’d like to take forward into the quarterfinals on Sunday.”