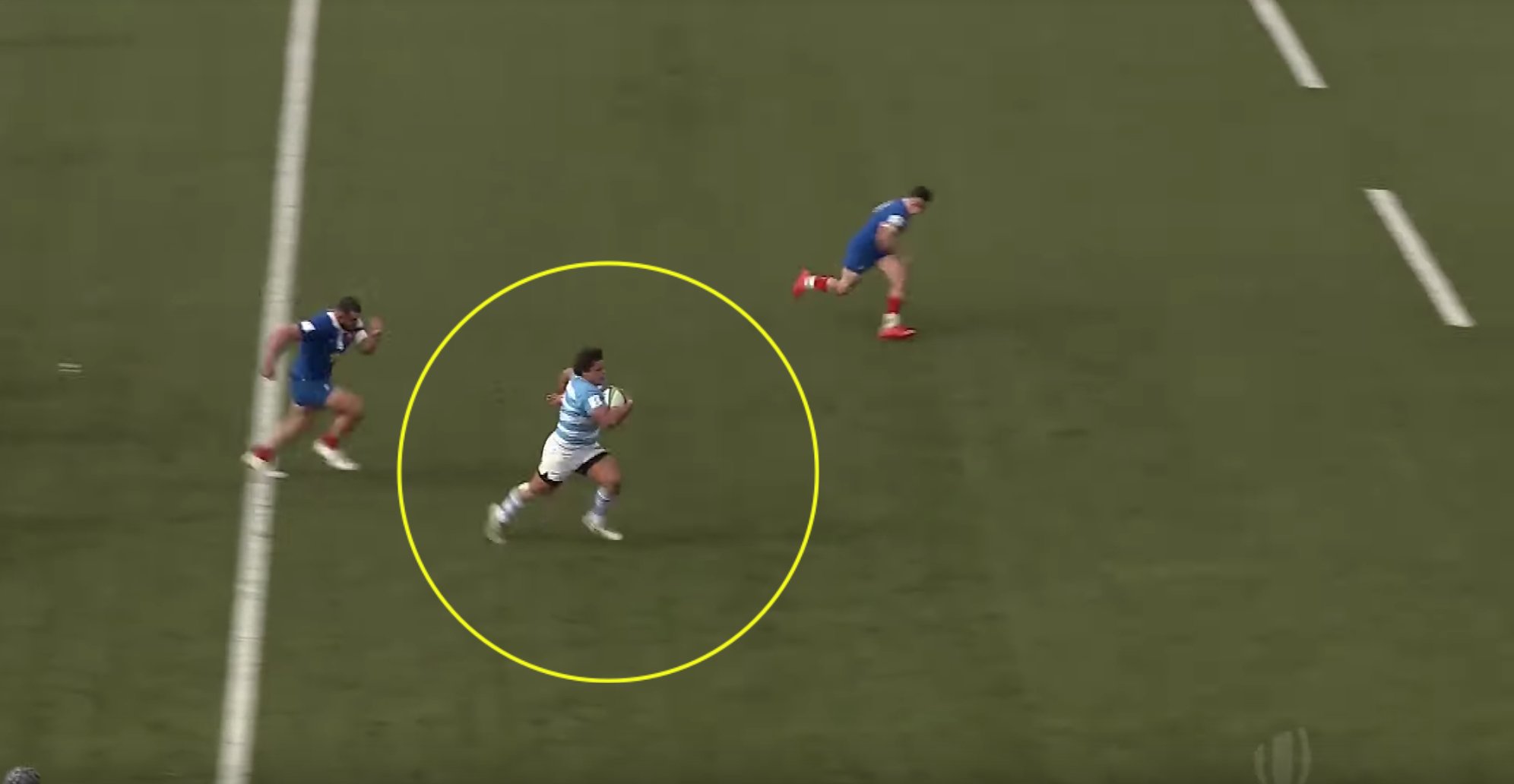 This was one of best things EVER. When he first picked up that ball behind the half way line, I wouldn’t have dreamed that he would have made it that far. Many are talking about his resemblance to Diego Maradona (In his heavier years) and we are more than happy to go with his likeness to Maradona. We just know that this run was the best thing ever.

We certainly have a soft spot for props on this page and this young lad deserves all the credit that he gets and more!

What a powerful run, France didn’t even defend that badly apart from not having a bodyguard there in the first place. Bravo sir, jouer jouer! Maradona indeed

In other news: Junior Wallabies fall in final pool match

An early red card has cruelled the Junior Wallabies hopes of a clean sweep of their pool at the U20 World Championship in Argentina, with England marching to a 56-33 victory overnight in Santa Fe.

Australia mustered five tries with 14 men on the field, but a rampant England piled on the points after Junior Wallabies number 8 Pat Tafa was sent off for a high tackle inside the opening two minutes.

Having secured a semi-finals berth prior to last night’s defeat, the Australian side now looks forward to a semi-final clash with host nation Argentina in Rosario on Tuesday (18 June, 2am AEST kick off).

Junior Wallabies Head Coach Jason Gilmore said: “We knew that this would be a game that England would front up for and they did.

“It was a tough day at the office to play with 14 men for 78 minutes, however outscoring them 21-14 in the second half really shows the character of the team we have and we’re proud of their efforts.

“We’re now looking forward to playing Argentina in the semi-finals next week.”

England capitalised on the early red card overlap with Fraser Dingwall and Ollie Sleightholme crossing in the quick succession to open up a 14-0 lead.

The Junior Wallabies fought back through Noah Lolesio and Isaac Lucas, who made easy work of the English defence, to close within two points of the English.

But as the half wore on the one-man advantage began to tell as Ted Hill crossed twice, followed by Tom De Glanville and Aaron Hinkley for England to blow the lead out to 42-12 at the break.

Manu Vunipola started the scoring in the second half for England again extending the lead to 49-12.

Gilmore then called on fresh legs from the bench, with Will Harris powering through the English line and crossing for his second try of the tournament.

Aussie Skipper Fraser McReight lead by example and crossed the chalk securing the bonus point for his side, with Carlo Tizzano backing up and diving over to reduce the final margin to 23 points.