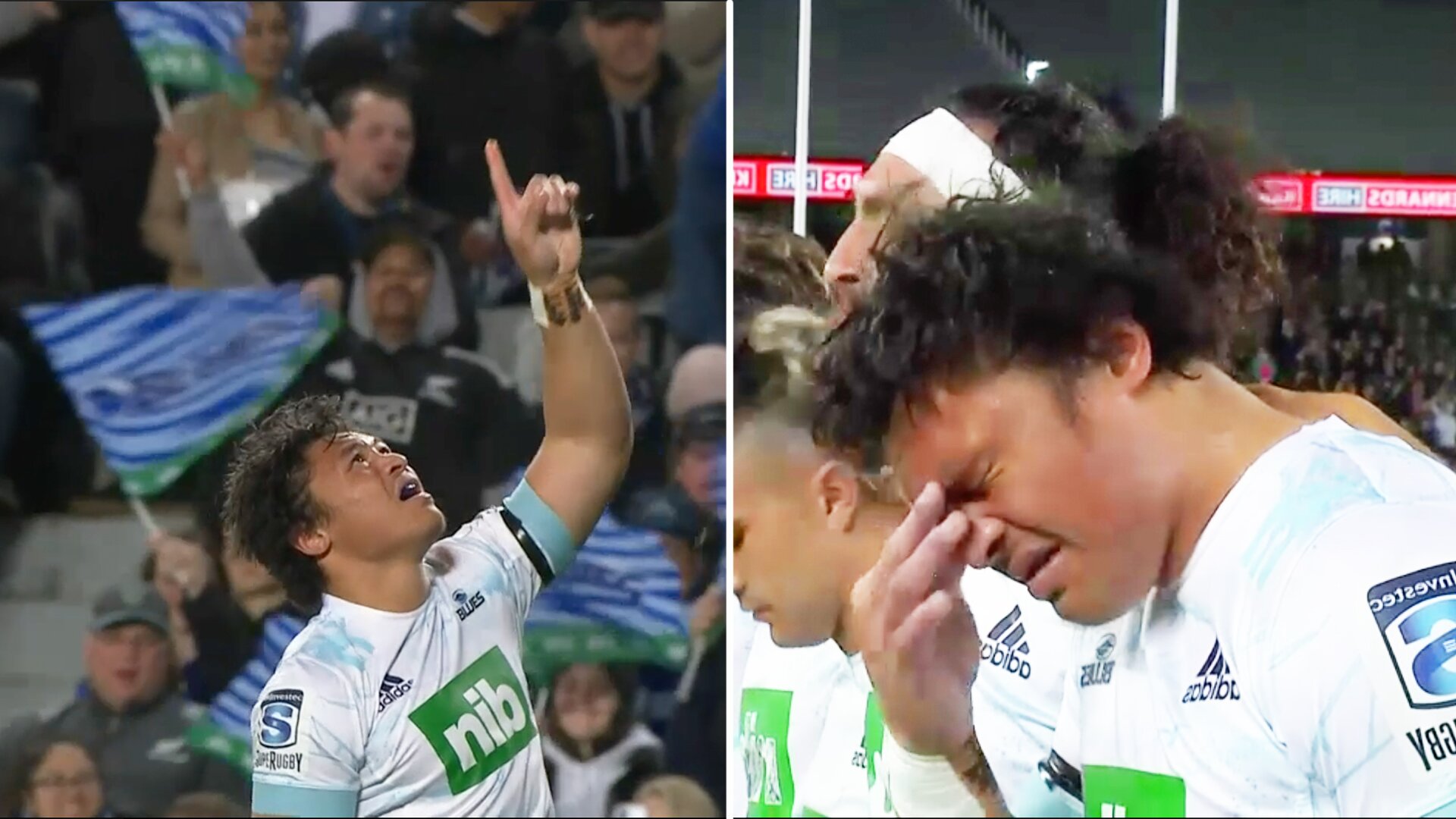 This beautiful moment came in the first half of this Super Rugby encounter between the Blues and the Highlanders.

These were emotional scenes in Auckland.

What a signing this is for Leicester Tigers!

The beautiful moment came before the kick-off at Eden Park.

A minutes silence had been held for the police officer and Blues fan Matthew Hunt. We watch as the crowd observes the silence impeccably before we hear a humming noise in the background.

Clarke tragically lost his grandfather on the morning of this Super Rugby encounter, that mixed with this emotional minutes silence was a truly poignant moment for the Blues man.

After this emotional start to the game, Clarke stunned the Auckland crowd with an explosive opening ten minutes for the Blues.

Clarke, son of former All Black Eroni, powered over for a brilliantly taken try just six minutes into the match.

We watch as the 21-year-old winger bounces up from the deck and points to the sky in an emotional celebration as he runs back to the halfway line.

This was a truly beautiful moment.

👏🏽 Show and GO! Caleb Clarke does the business early for @bluesrugbyteam.

The young powerhouse wasn’t done there as he had an instrumental part to play in a Rieko Ioane try later in the first half. He cut his way through the Highlanders defence leaving trails of hapless Highlander defenders in his wake before lifting the ball onto the supporting Rieko Ioane who ran in the score.

What a talent this young player is and with performances like this can we expect to see Clarke in an All Black jersey in the near future?