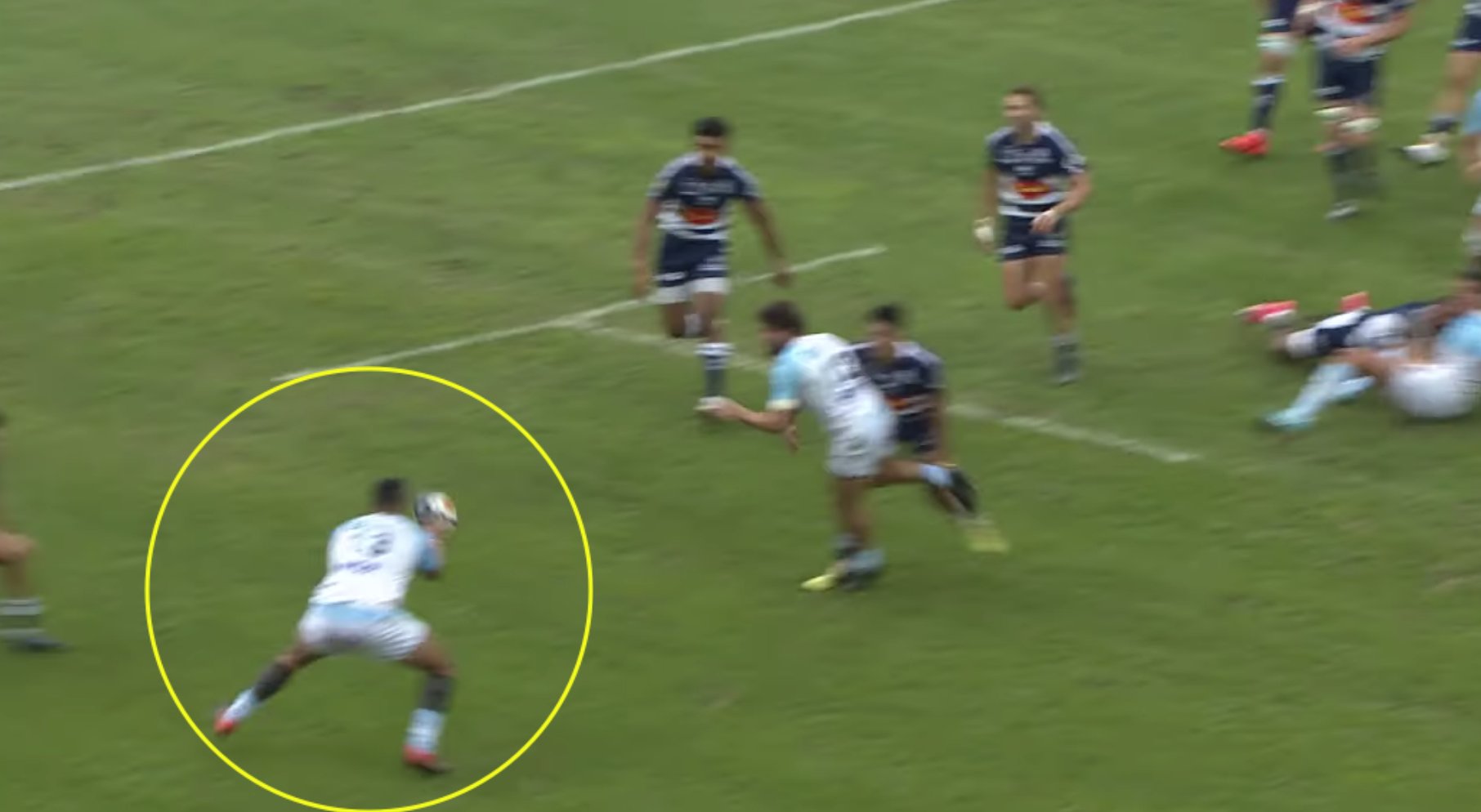 Another disgusting try has just been scored in the Top 14

Another disgusting try has been scored in the Top 14 this weekend. Last weekend, a post we made on a try Toulon scored went big. It was a filthy try and we’re going to be honest. It was better than this one.

But that’s not to say that this try was not an absolute peach of a score.

Whilst the focus of the Rugby World has been almost entirely focused on the Rugby World Cup, the boys in France have been scoring sensational tries for fun. It’s amazing enough that this try happens a week after the other score, as these are scores that you certainly don’t see every day.

There were 2 aspects about this score that lifted it rightfully into Rugby Onslaught’s exclusive “disgusting” category.

The clip consists of two pieces of filth.

The first was a behind the back pass from Bayonne 10 Romain Barthelem. Honestly that pass in itself was enough to warrant a post. And then if that wasn’t criminally sexy enough. The next pass was even better from their 13 brilliantly named Alofa Alofa. You just don’t get this level of flair in other leagues.

The French have an arrogance to their play at domestic games which means that the lads over there are always trying this stuff. Half the time it doesn’t pay off, but when it does you get disgusting clips like this.

It must be quite comforting for French fans. While their national team is under-performing at the World Cup, they still get to watch tries like this being scored at home.

It’s a bit of an anomaly in French Rugby. Their domestic game is in so many ways so rich, with tries being scored like this, bumper crowds attending matches, and all-round brilliant rugby being played.

Yet, their national team is totally defunct of ideas, resorting to 1-up rugby against Tonga.

Anyway, we will stop moaning about those issues in French Rugby and just let you enjoy this try.

What do you think of this, disgusting right?