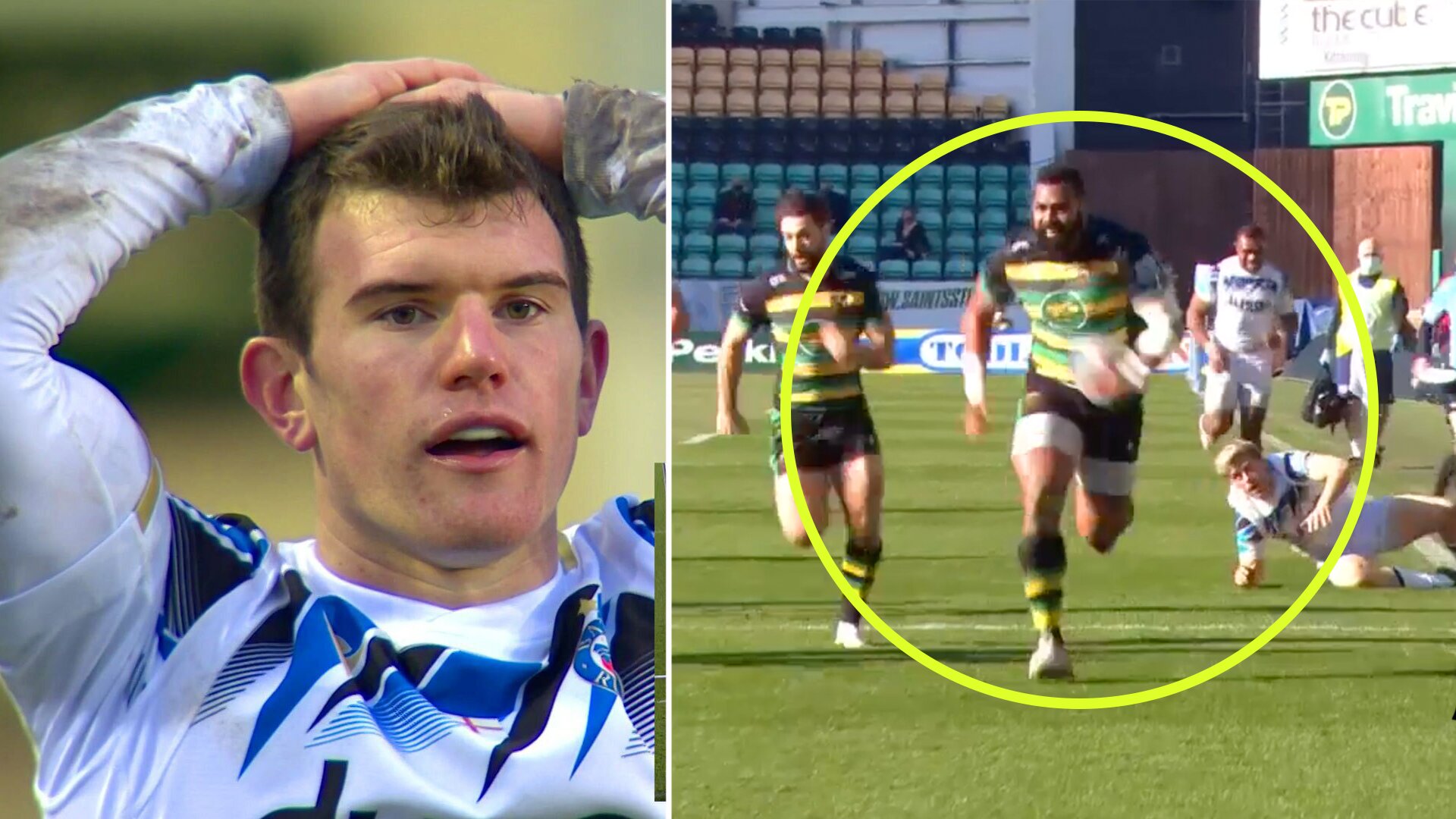 Former Saracens and current Bath scrum-half Spencer Ben yet again reminded Eddie Jones why he needs to be selected in the England squad after a stupendous tackle on Fijian powerhouse Taqele Naiyaravoro.

Bath took on Northampton Saints in the Gallagher Premiership this weekend in was a brutal encounter.

In the end, Bath ran out narrow winners in a 20-23 win. In the second half of the match, there was a pivotal moment in the game when the Fijian powerhouse broke through the tackles of two Bath players.

He appeared to be clean through on the try line and it was only the small Bath scrum-half that could get to him. In most situations, you would back the Fijian to win that battle.

However, on this occasion, it was Ben Spencer who came out on top with a stupendously impressive tackle to stop the Fijian Naiyaravoro who was probably twice the size of him.

Shout out to Ben Spencer 👊

He just saw two of his teammates brushed aside by Taqele Naiyaravoro, but he comes flying in with a clinical try-saving tackle on a man twice his size!#GallagherPrem pic.twitter.com/NXIUxnWxZ7

With England rugby coming off a brutal loss to Wales in the Six Nations, is it time for Eddie Jones to finally realise that this is the man they need in their team?

Lots of clamour for Sam Simmonds for 🏴󠁧󠁢󠁥󠁮󠁧󠁿 but what about Zak Mercer, quietly goes about his business with grit and efficiency
going to be a loss to the Premiership next season. Also good to see Ben Spencer getting his mojo back

Ben Spencer has just stopped a certain try!! Lots of missed tackles but he manages to get it done

Saints v Bath brilliant game for a neutral. And what an impact from surplus to England requirements Ben Spencer – 2 try saving tackles and created the try to take the lead.

Zach Mercer was outstanding in this game. Ben Spencer giving England a reminder of what they are missing as well, proper quality off the bench 👏