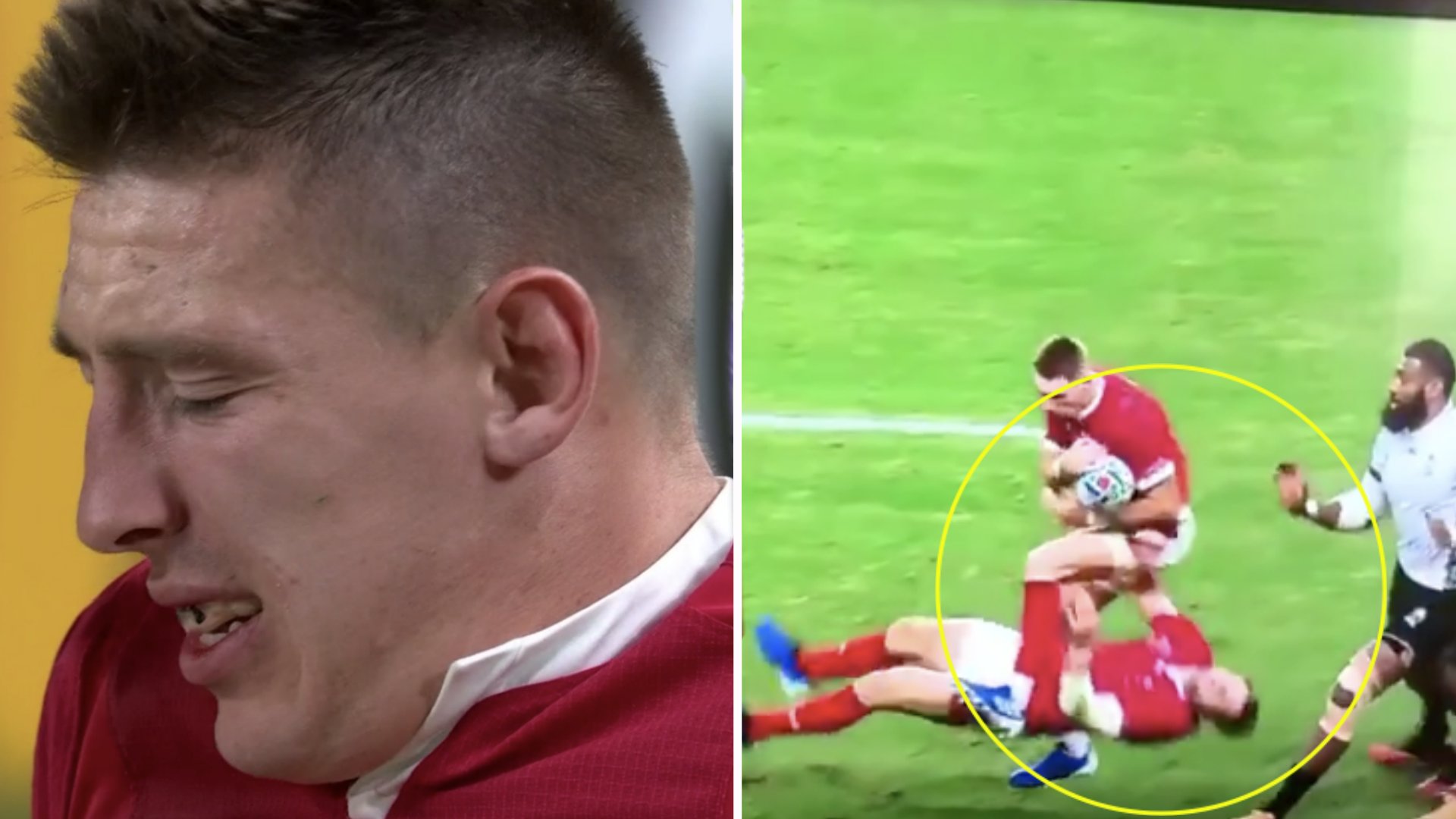 What a Titanic clash this was between Wales and Fiji. Fiji were on some serious form in this match as they narrowly lost to Wales.

The men in Wales eventually came away with the win but their fans will be seriously concerned about some nasty injuries that occurred in the game.

Welsh talisman Dan Biggar was involved in a truly brutal collision with his own player in a collision that could have ended his World Cup.

Semi Radradra put in a titanic performance for Fiji, putting in some unbelievable tackles that tore apart the Welsh backs. Liam Williams took a huge hit from him in the end of the second half.

The main challenge was the Dan Biggar one and it was brutal here are two angles of it here.

And here’s another one…

Shouldn’t that be a Red on the Red ? #WALvFIJ
😉 pic.twitter.com/5CrHVEyNUR

That could very easily be a concussion there which would put Biggar out for weeks.

It was a fantastic game and Wales played brilliantly, but thye certainly paid the price for it with their injuries.

Josh Adams scored a hat trick for Wales in what was a brilliant game for him also. He had to come off shortly after this try though as the Fijian lads barrelled into him after the score.

The hand off, the offload 😍

New Zealand World Cup-winner Malakai Fekitoa is set to make his Wasps debut on Saturday as Wasps take on Worcester Warriors in Round 4 of the Premiership Rugby Cup at Ricoh Arena (kick-off 3pm).

Both Wasps and Worcester are still in the hunt for a semi-final place in the competition but either side require a win in their Derby Day fixture and will have to hope other results go their way if they are to make the knockout stages.

Fekitoa will link up with Juan de Jongh in the Wasps midfield, while skipper Dan Robson returns to the starting line-up at scrum-half alongside Billy Searle at stand-off, who makes his first start since February.

Josh Bassett and Marcus Watson are restored to the side, starting on the wings, with Rob Miller at full-back.

In the pack, Georgia international Zurabi Zhvania lines up next to Tom Cruse and Kieran Brookes in the titanic front-row, with Tim Cardall partnering Charlie Matthews in the second-row.

Fekitoa’s fellow All Black Lima Sopoaga is also set for his first appearance of the season, after recovering from injury to be named among the replacements. titanic