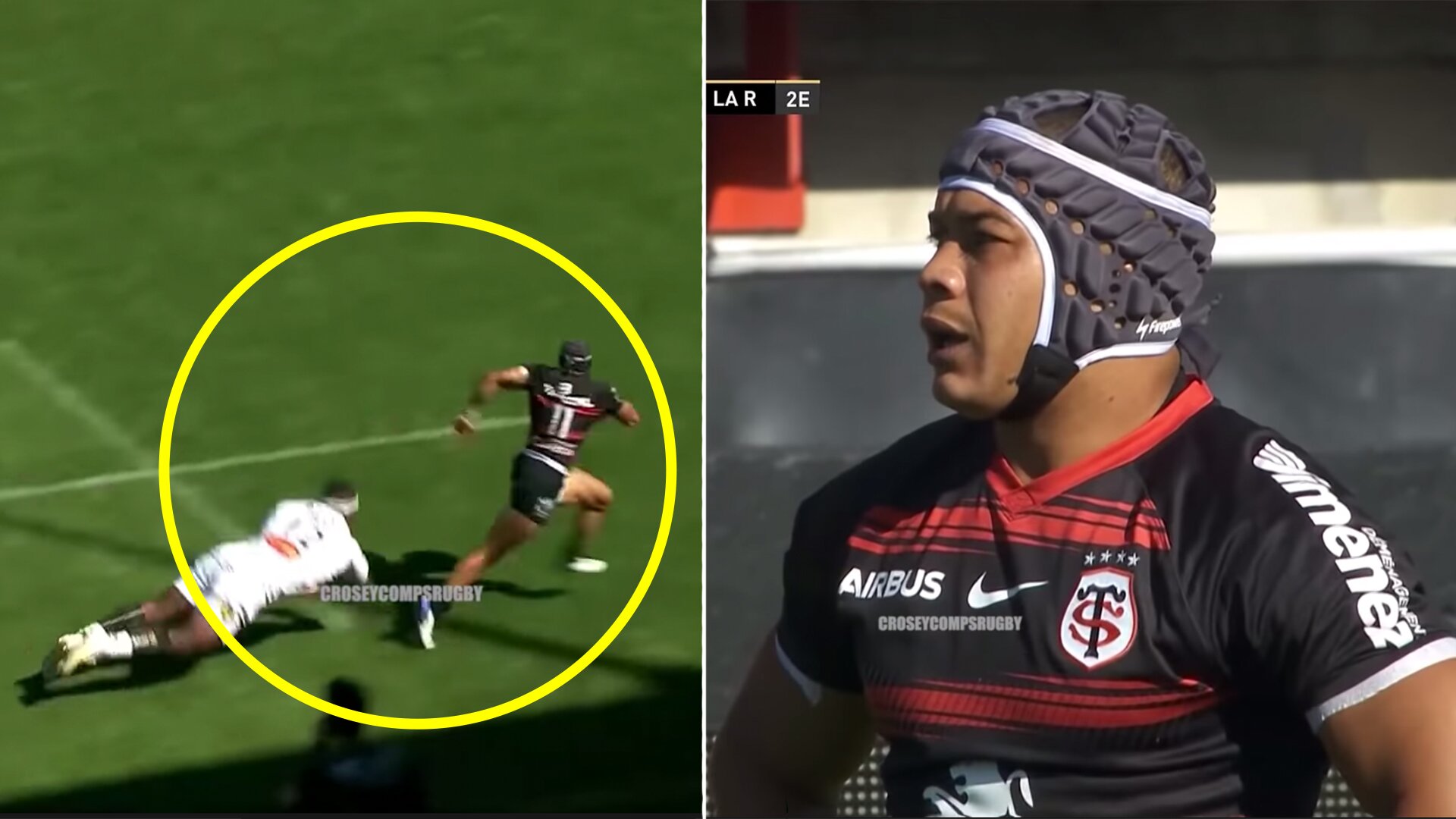 Cheslin Kolbe is literally unplayable as he terrifies opponents for Toulouse

A video has just been released showing how Springbok superstar Cheslin Kolbe was literally unplayable in the Top 14 this weekend for Toulouse.

It felt like Déjà vu for South African rugby fans who watched today’s Top 14 clash between Toulouse and La Rochelle as Springbok winger Cheslin Kolbe scored this sensational try in the opening minutes of the clash.

The 26-year-old danced his way around defender after hapless defender as he skipped his way to a try that was a carbon copy of the one he scored against England in the World Cup final a year ago.

Fans were going wild at the lightning-fast feet of the Springbok winger.

Just watched a video with the headline saying “Cheslin Kolbe steps 3 players before scoring his 2nd try.” The second guy got bounced clean though, definitely a bounce leya. 👀🧐🤣

2 tries in the first half for the magician, Cheslin Kolbe, against La Rochelle

The South African hasn’t left off from where he was at the start of the year, as his terrific form in rugby shows no signs of slowing.

There was points when the winger, who can play anywhere in the backline seemed to be unstoppable. One fan even branded Cheslin Kolbe as unstoppable in this encounter.

He wasn’t just wowing the crowd with his work on the ball.

We see as the the 5ft’6 winger slams an opponent in the tackle in this crunching tackle during the second half.

CroseyCompsRugby has put together a brilliant compilation highlighting just how effective the player was for the men in red and black this weekend.

Racing and Toulouse are now the frontrunners in the Top 14.

He really was on another level for Toulouse!