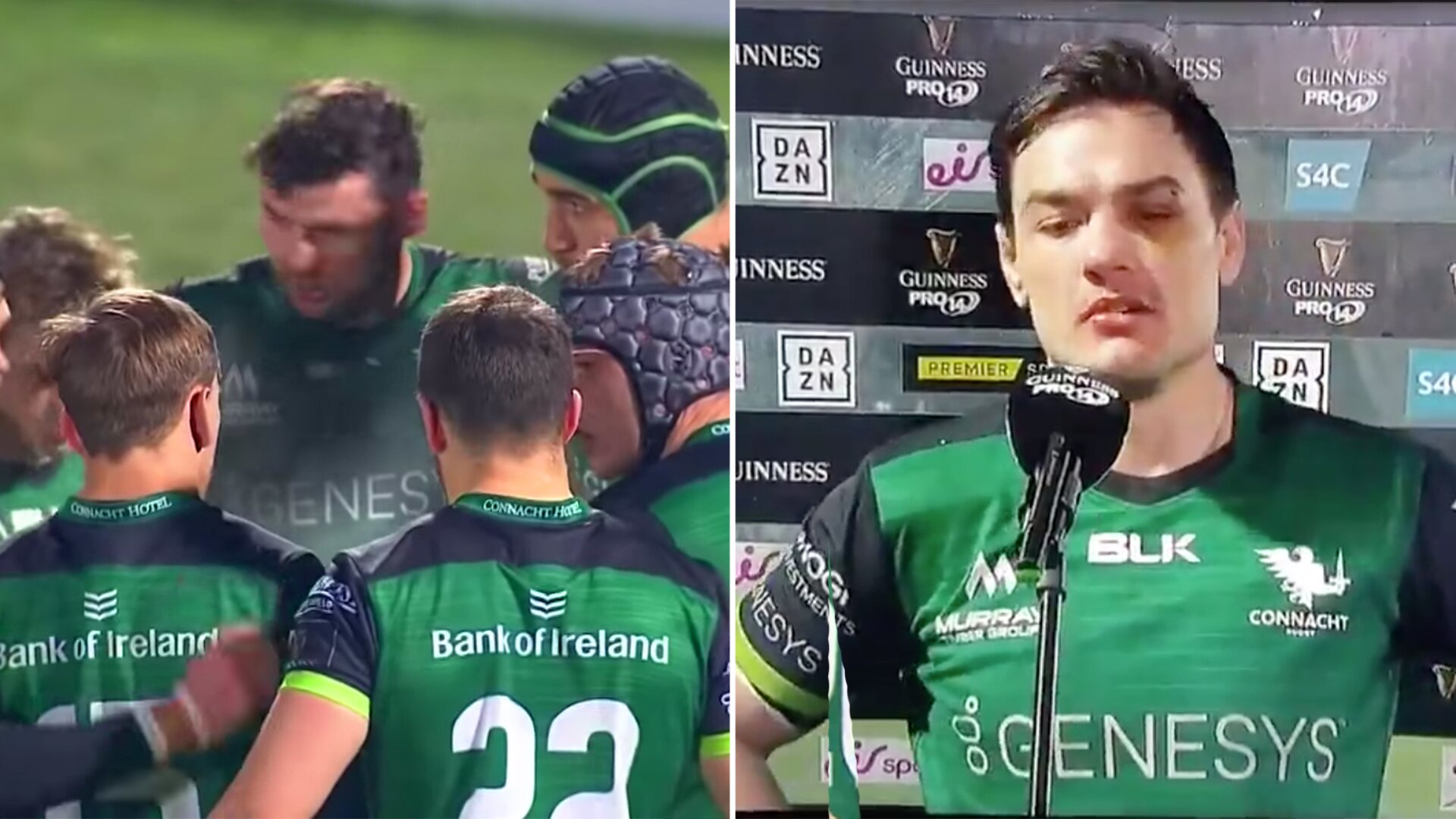 Connacht rugby’s captain Quinn Roux let out an amusing slip of the tongue after his team completed their first win over Leinster in Dublin since 2002.

The match was an instant classic in Dublin as the men from the west put in a monumental performance to also end Leinster’s 26-match-winning run in the PRO 14.

The men in green raced to a 20 point lead early in the second half, which was too much even for the Leinster side, who have grown accustomed to winning in this division over recent years.

Players such as Johnny Sexton were sadly missing for Leinster, while his opponent Jack Carty was in incredible form, scoring 25 points for Connacht.

Many fans were praising Carty, while condemning Sexton saying he is now past his best.

Jack Carty, with 25 points, led in Connacht to their first win over Leinster at the RDS – Leinster’s first PRO14 loss at home since April 2019. A great example being set In Connacht and so richly deserved by this squad. Now to Munster.

This is a massive win for the Connacht team, who were in the same situation last year, but could not see out that match despite having a 17 point lead.

The Connacht captain Quinn Roux showed just how much it meant to beat Leinster in the final moments of the match when he accidentally swore on live TV.

You were the captain for a famous Connacht win at the RDS.

It shows just how much it means for the men in green’s captain to forget himself like this after such a massive win for their team.