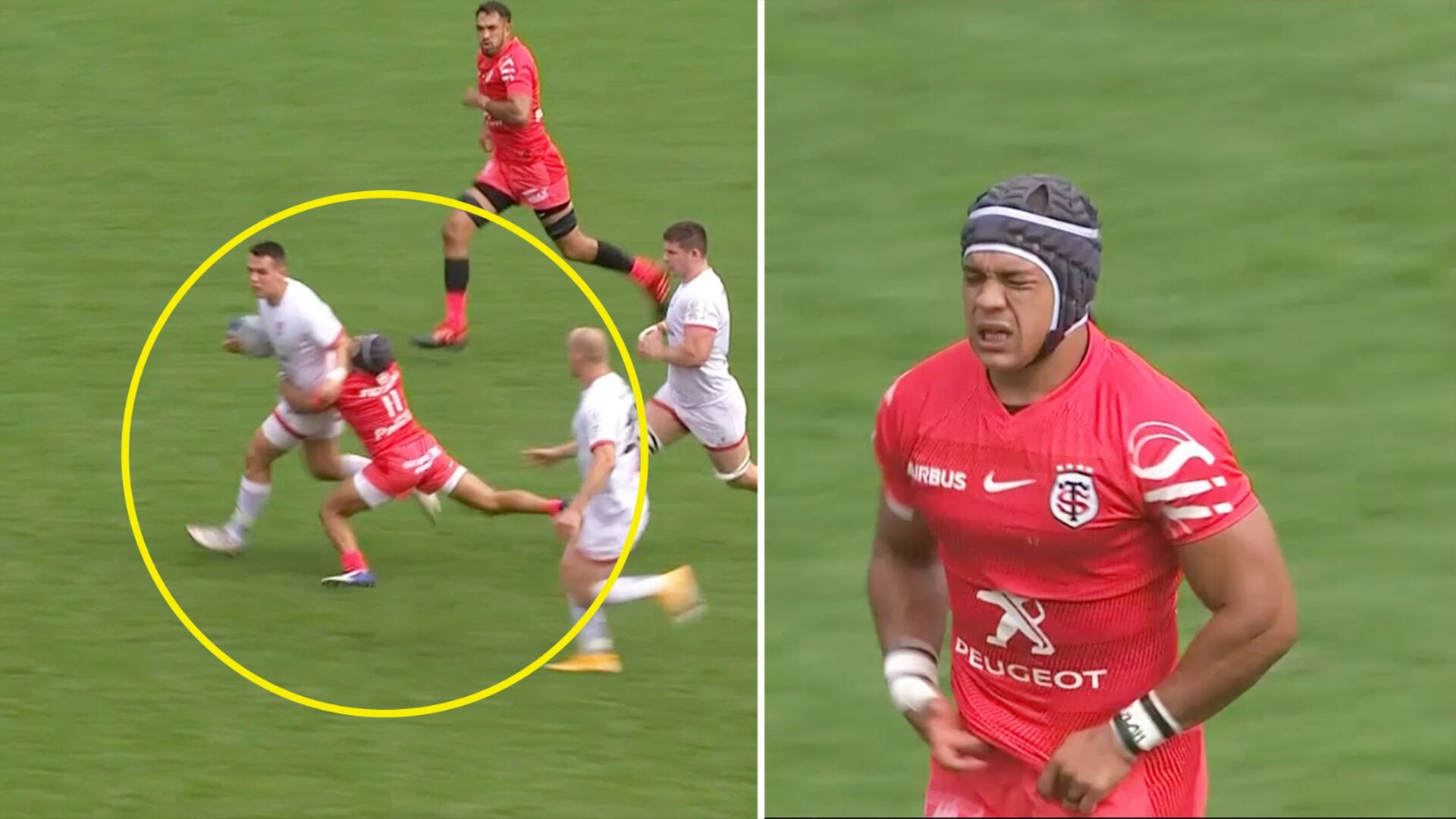 Disaster appears to have struck again for the Springboks in their injury crisis as another of their top players appears to be potentially out.

Springboks winger and Toulouse Superstar looks like he could be out for club and country in worrying images for the fans of the rainbow nation.

Kolbe, who had a brilliant start to the match, appeared to be nursing a nasty injury early in the second half.

He scored two tries early in the game!

Is there anything this man can’t do? 😂#Kolbe pic.twitter.com/iZWQnTcD9B

However, fans appeared to be worried as the Springbok star was subbed off before he could complete his hat trick for the team in red.

There were worrying signs as the 26-year-old started limping around the pitch.

After scoring a splendid 2nd minute try Cheslin Kolbe is down and in serious pain. Springbok injury crisis deepening pic.twitter.com/zcQLPl6ugJ

He received strapping immediately on the injury, however, they still had to take him off shortly after despite how well he was playing.

The Springbok injury crisis is in full swing and it is threatening to throw their dominance in International rugby down the drain.

Eben Etzebeth wasn’t long back in the Top 14 for Toulon when he came off with what looked to be a painful rib injury. He came off after just 12 minutes when he came on as a substitute against La Rochelle. Springbok injury crisis!