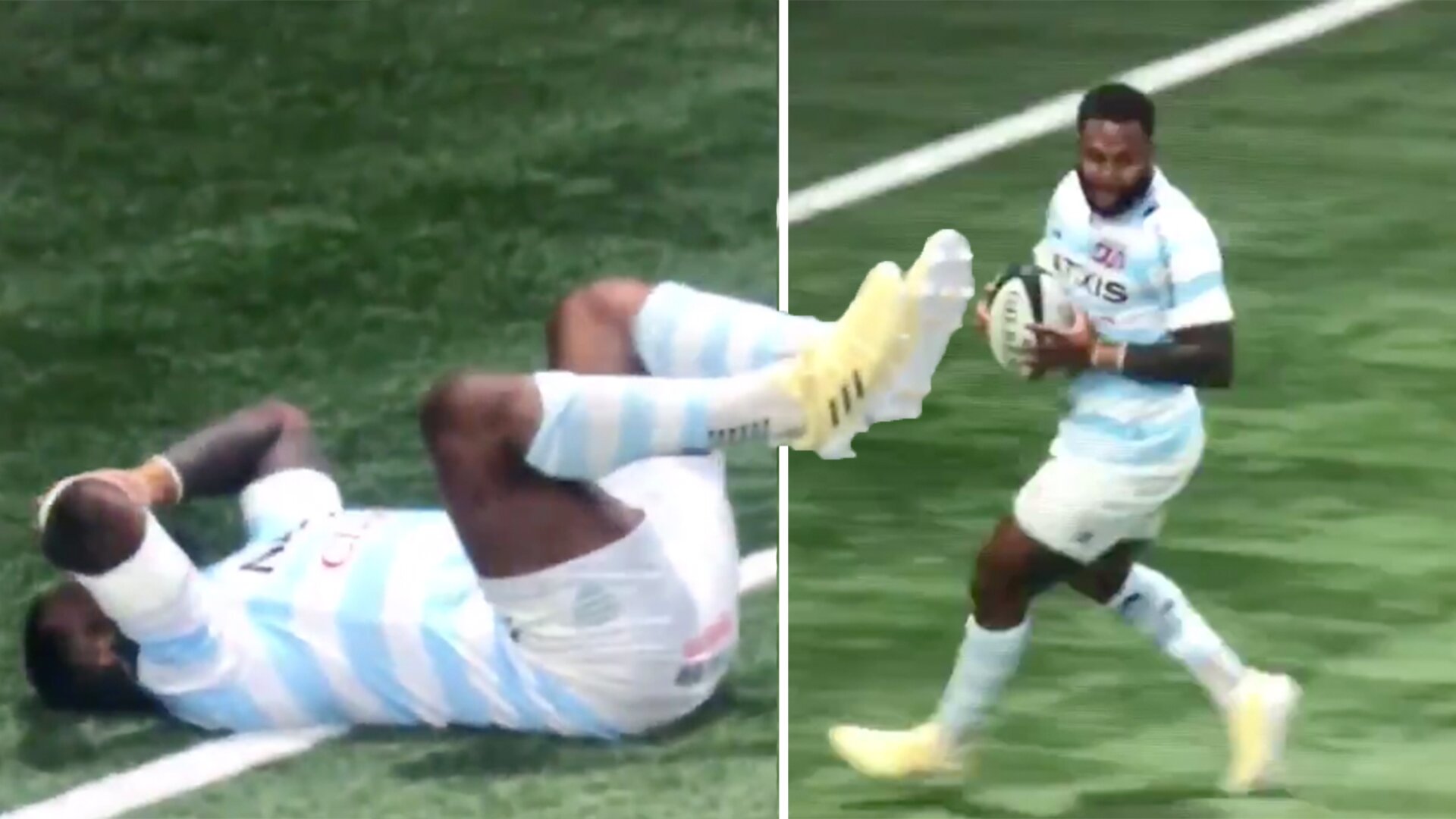 There was a seriously embarrassing moment in the Top 14 this weekend as Virimi Vakatawa showboated with the ball as he was going over for a try.

The incident happened in Top 14 match between Racing 92 and Toulon. Toulon ran out narrow winners in the match which makes the mistake even more of a howler.

Racing 92 were high-flying in the Top 14 until this match, and it is a much-needed win for Toulon.

Vakatawa is bloody fun to watch.

A beaut of an offload after his blunder.

Obviously didn’t hit his confidence too much. #R92RCT

There was some brilliant handling in the lead up to the try. Teddy Thomas gave a brilliant offload to release the Fijian Centre.

He was clean through on the try and then amazingly, he started walking before putting the ball down.

As you would expect, a player then came out of nowhere and tackled Virimi before he could put the ball down.

It signals a very embarrassing moment for the 29-year-old who is normally at the top of his game in every match.

Vakatawa is one of the most gifted rugby players on the planet. His impressive handling means that he’s able to escape the capture of many players throughout the match.

Brilliant offload from Teddy Thomas and then Vakatawa 🤦‍♂️

We are sure that this moment is one that he will want to forget very soon.

It is not the only gaff that we have seen in the French League recently, there have been multiple instances of players dropping the ball over the line at the last moment.

This is why the Top 14 is considered by many to be one of the best leagues in the world.