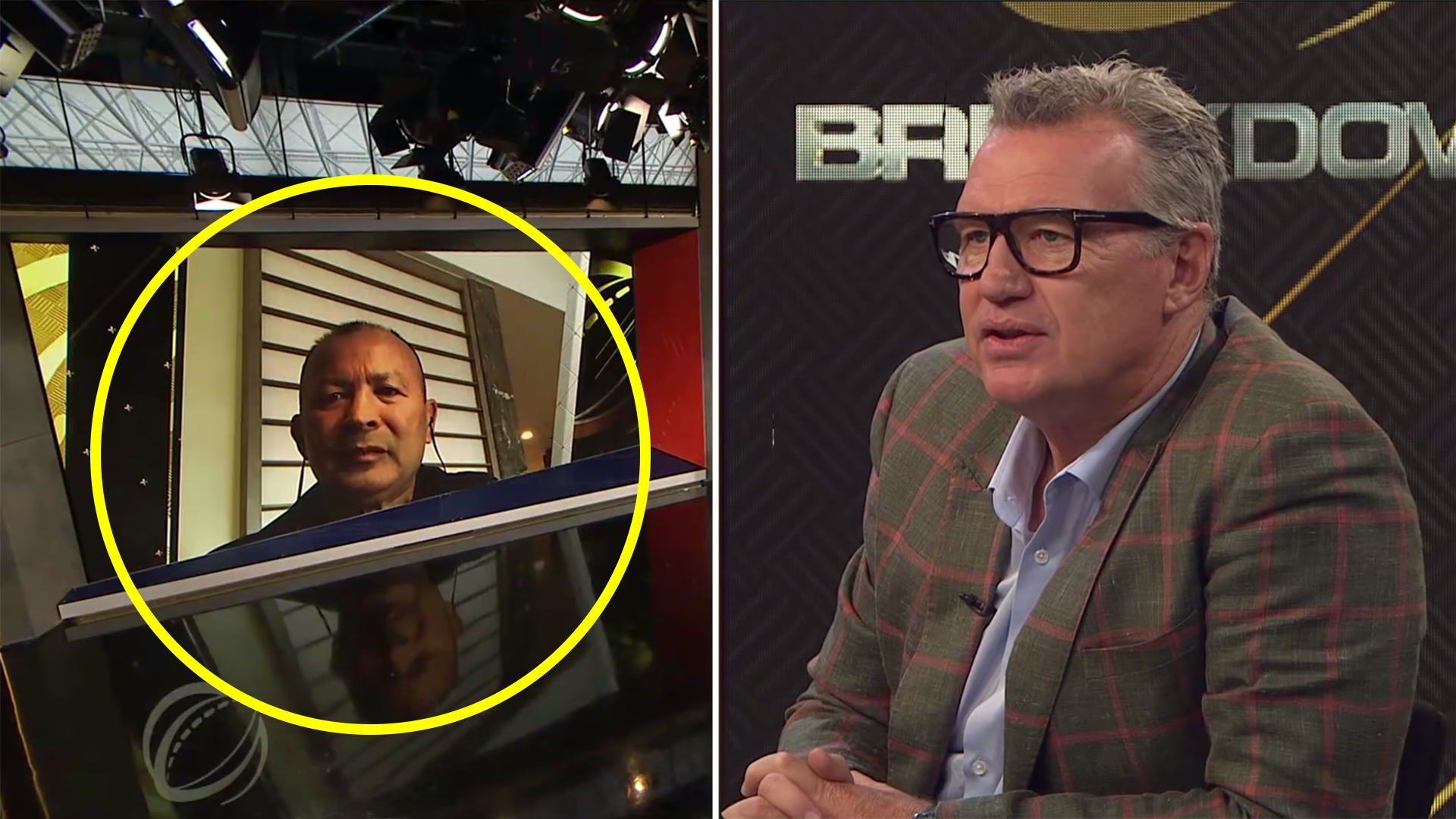 Eddie Jones, love him or hate him. The man is brilliant entertainment. This week, he was invited to appear on TV in New Zealand, and he destroyed them with this joke.

This joke that he made was so savage, but so true at the same time.

Former All Black full back Mils Muliaina asked him, “What are you anticipating seeing in the New Zealand Super Rugby”

The response that Eddie Jones gave was instantly legendary!

The England coach made the claim that New Zealand have the three best rugby academis in the World.

The pundits on ‘The Breakdown’ were instantly howling at laughter at the sensational bit of banter, but they also knew the hint of truth that Eddie Jones made with this joke.

New Zealand has for years pinched some of the best rugby players in the World from small Pacific islands. They take the best players at a young age, and put them into their academies in New Zealand.

All Black fans will instantly say, “look at England and other countries importing their players”.

No bro, it’s still true the All Blacks steal more Pacific Islanders than the school bully stealing sweets during lunchtime.

This was brilliant from the England coach.

He is not one to pull back on being savage.

During the 2019 World Cup, Welsh coach Warren Gatland made claims that England wasn’t ready to beat South African in the tournament, he responded in savage mode.

The response can be viewed below, it is brutal but certainly warranted!