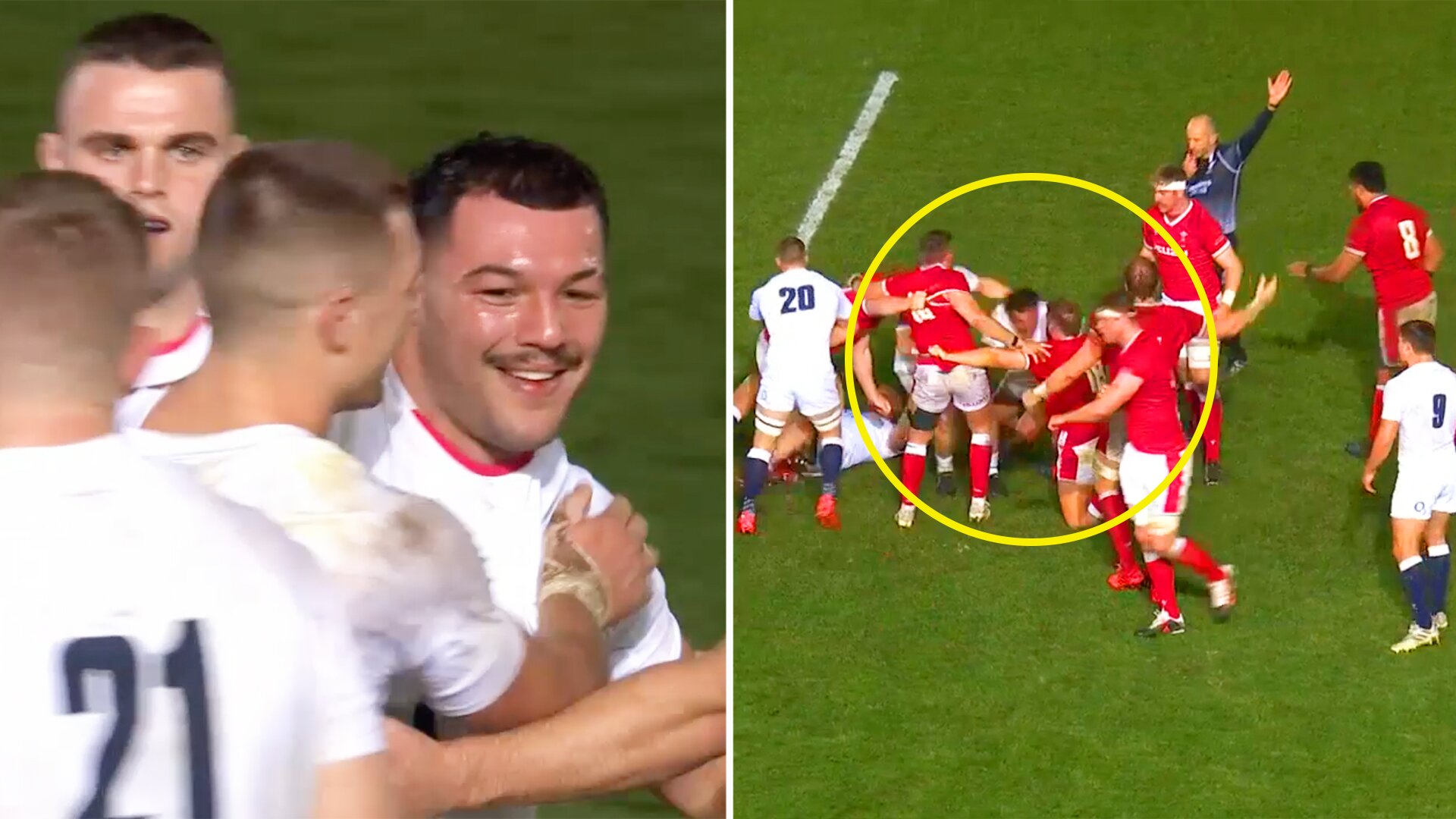 Ellis Genge got away with this moment in their Autumn Nations Cup clash against Wales earlier today.

The Leicester Tigers captain came on in the closing quarter as a finisher for England who overcame Wales by 13-24 at Parc y Scarlets.

Everyone seemed to miss this moment that sparked off a mass brawl as the match drew to a close.

The incident occurred in the 74th minute of play off of a collapsed scrum. We then see as Genge charges towards a Wales prop who is on his knees – he appears to be leading in with the head.

Genge’s head then appears to connect with the face of his opponent before the pair both go to ground sparking off a mass brawl around them.

Watch the incident that everyone seemed to miss below.

Genge headbutt clear as day yet not picked up by officials or commentary. Have a word. pic.twitter.com/xEFicrQuDd

From this video you can see the collision that has dropped Ellis Genge into hot water.

Another video that is in lower resolution but zoomed in shows the alleged head-butt and it doesn’t make for easy viewing.

Thoughts on this people? Some say headbutt some say nothing…… pic.twitter.com/WtNl0ds3Y9

Fans on social media picked up on the head to head contact from the England prop with some calling for him to be cited ahead of the Autumn Nationa Cup final next week.

Only just seeing the supposed Genge headbutt on Francis at a late scrum. Mental that

England were better and Wales’ key flaws would have cost them in the end, but they were probably robbed off the chance to cost themselves victory through the officiating!

As they should. Biggar taken out of the sky, never a scrum penalty just before half time, daly shoulder charge and genge headbutt https://t.co/fHEtwJt4Ob

Some fans felt that Genge was pushed from behind which led him to fall into the Welsh player – others felt it was a clear head-butt. What do you think? Let us know in the comments.