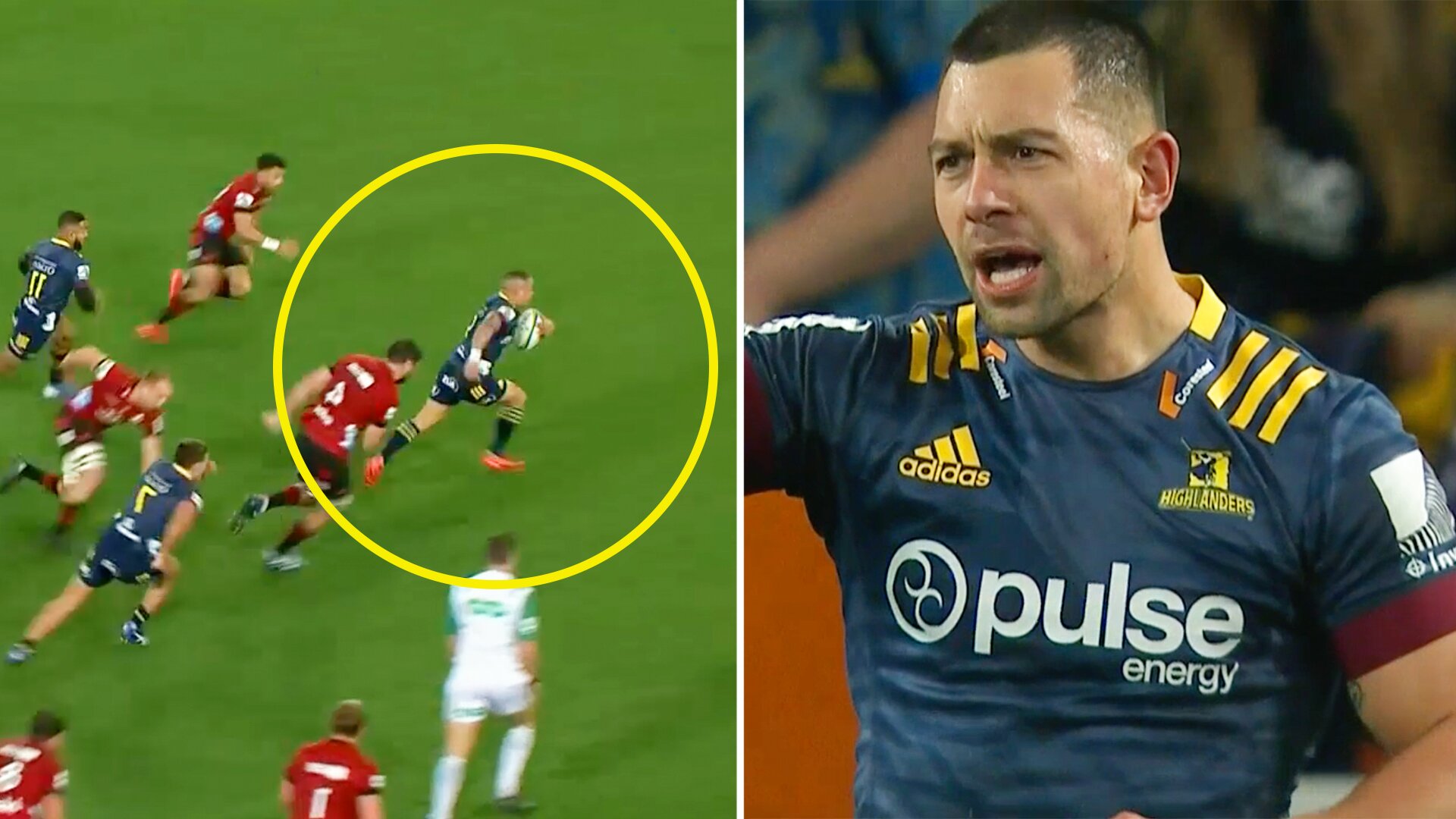 Everyone missed this controversial moment in today’s Super Rugby thriller

It’s been a thriller so far at the Forsythe Bar stadium but everyone seems to have missed this controversial moment in the first half.

The game had been a thriller with both sides playing an expansive attacking.

We have a real battle on our hands in the South!

The moment of controversy came off a Highlanders try as Aaron Smith flew through off a wayward lineout throw to break into the Crusaders half.

As the play went on it went wide and the home side scored in the corner through Ngane Punivai. Everyone seems to have missed this apparent infringement in the lead up to this score  however.

Did you spot this in the run up to the Highlanders score?

An exhilarating game this morning ⚡@Highlanders storm into the lead against @crusadersrugby as Aaron Smith breaks through the red defence and sets Ngane Punivai up perfectly for their second try! 🏉

It appeared that off the lineout the ball was knocked on by a Highlanders hand before bouncing into the hands of the onrushing Smith.

This was a knock on surely?! pic.twitter.com/EkL4oY5754

What do you think? Was this a missed call by the referee?
In more news

Hoskins Sotutu has been a revelation for the Blues in 2020 and, despite rumoured interest from outside New Zealand, is set to sign on for a new deal with New Zealand Rugby.

Sotutu made just one appearance for the Blues last year and with so many experienced loose forwards in the wider squad, few would have expected the blockbusting number 8 to have accrued so many minutes for his franchise this season.

The son of former Fijian flyer Waisake Sotutu looks destined to take the step up to international football but it recently emerged that the loose forward is eligible for Fiji and England as well as his native New Zealand. Rumours from The Telegraph suggested that Eddie Jones, head coach of England, was considering making a daring play for Sotutu’s allegiance but the latest news out of NZ suggests that the Blues man won’t be going anywhere.

According to Stuff News, Sotutu is ready to put pen to paper and sign a new two-year deal with NZR and the Blues which would keep him in the country until the 2023 Rugby World Cup in France.