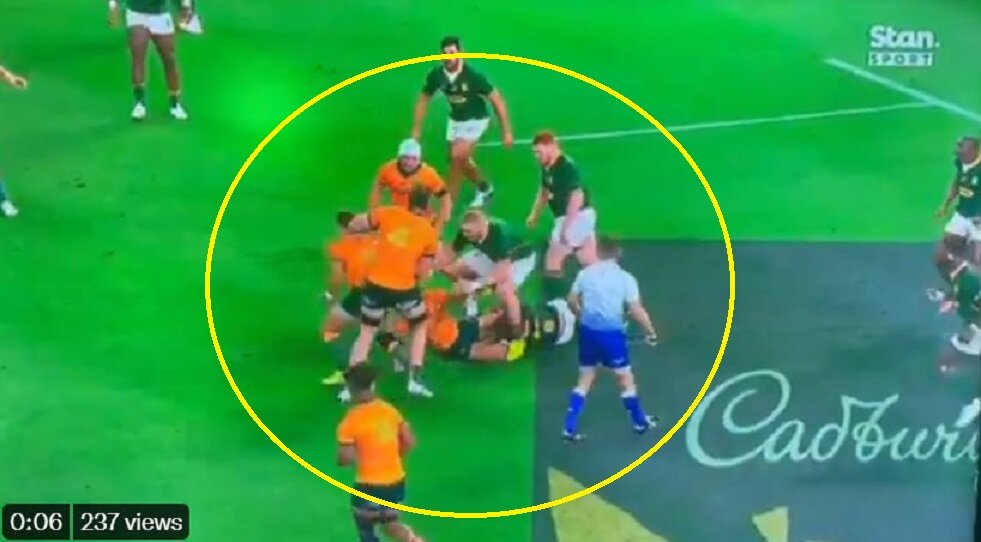 A social media account has claimed that a Springboks player could have a case to answer after making contact with the face of Wallabies icon Quade Cooper.

Cactusback wrote: “So that eye gouge on Cooper was pretty dodgy – reckon we’ll see a sanction?” before tweeting a video of the alleged incident.

Do you think Koch and the Boks have a case to answer?

Jacques Nienaber has apologized for the performance, branding it the worst since 2018.

“We were truly beaten in each department, and beaten hands down,” said a disappointed Nienaber after the Test.

“We just made too many errors in every aspect of our game and we need to figure out quickly what went wrong, as things don’t get any easier in the next two weeks.

“In the Rugby Championship, you get tested differently by each opponent and we came up short against Australia. Next week will be another massive, but different challenge and we will have to try and turn things around. Win or lose, we have a review process anyway, and that will be done again.”

“We were overpowered. We have not conceded four tries in a match since 2018 and today we could not respond to the challenges put up by Australia,” the Bok coach said.

The Springboks have lost their coveted World No.1 spot.

“If every player in the team misses just one tackle, you will have 23 missed tackles and at times it felt like that was happening.

“We executed poorly and that led to points against us as well. We did create some opportunities, but the error rate just nullified that. This was an unheard-of performance today, to be honest.”