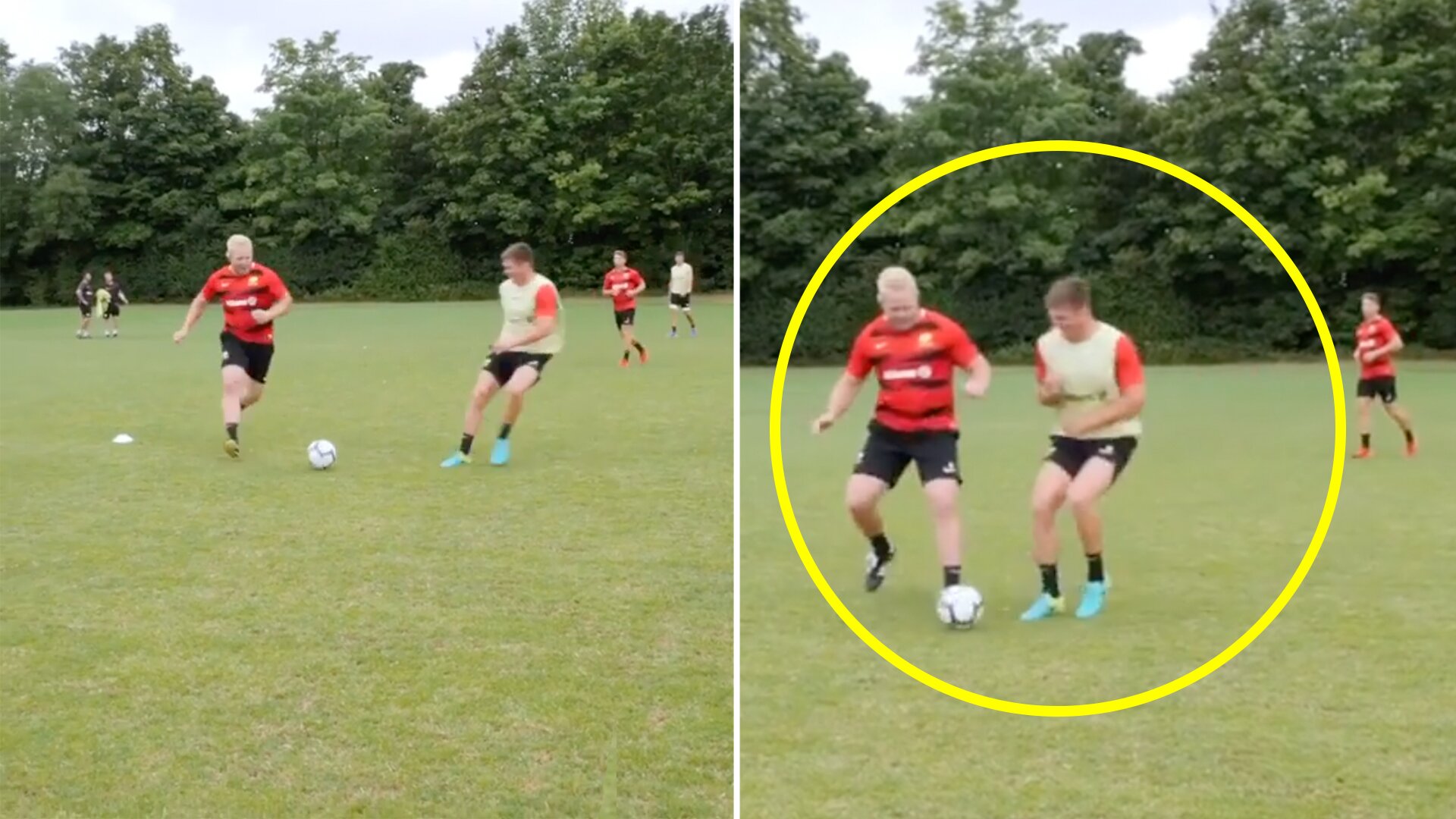 When will Faz learn? Today we were shocked to see new footage of the England captain back to his old tricks. Against his own teammates to make things worse. Shoulderboy back at it again.

Saracens today released training footage of their team in action, the team seemed in good spirits despite the looming relegation hanging over the English galacticos.

The team took part on what seemed to be a football training exercise and that is when we witnessed the latest shocking rugby revelation.

With rumours awash the rugby world that Faz and Itoje could be heading to Super Rugby, we thought that it was odd to see the rugby boys in such high spirits.

The footage that we are talking about shows Farrell viciously going in on Saracens teammate Vincent Koch in a clash which are sure must have injured him.

You can almost see the shockwave from another of Faz’s iconic shoulderboy hits. Rumours have surrounded the reasoning behind the war-hit on Koch.

Our personal theory is that the Saracens prop is South Africa, and Farrell was dying to take out some World Cup frustration on anyone on South African descent. It is the only logical conclusion that can be made.

England was unceremoniously dumped out of the World Cup final by the Springboks in November of last year in what was an embarrassing defeat for the men in white.

In light of that, this assault on his teammate makes much more sense.

We are almost certain that Farrell will be disciplined for this hit on the South African prop. Saracens have enough problems on their plate before this happened…

Saracens take on Bristol this Saturday in what we are sure will be a tightly contested affair.