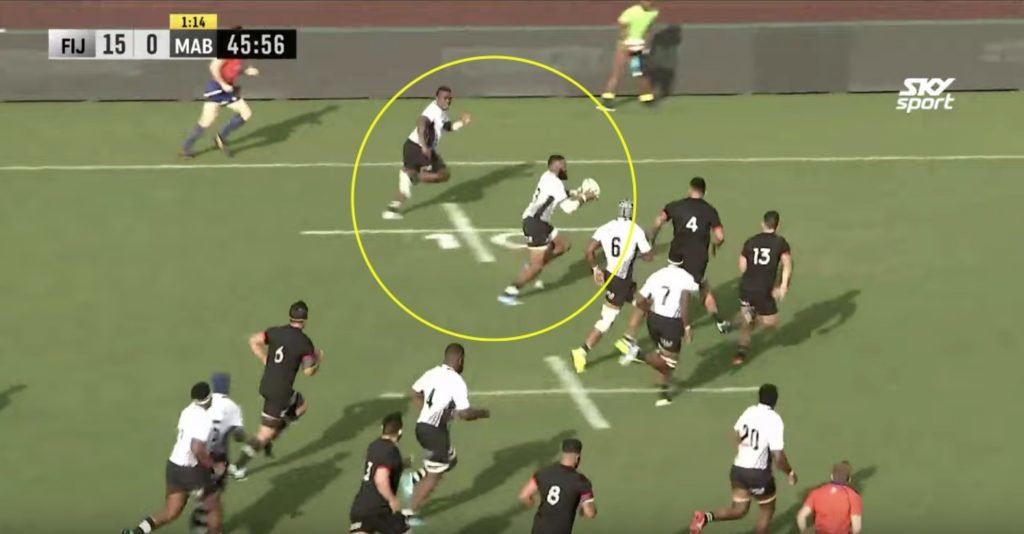 Fiji and Suva, it’s a combination that is truly hard to beat. Especially when  Fiji play in the vein that they did today, it makes it very difficult to argue that they could very well beat Australia in the World Cup this year.

This wasn’t some hard fought victory either, Fiji won by well over ten points. Let’s just let that sink in. Fiji haven’t beaten the Maori All Blacks in over 15 years, and now they do it in a World Cup year. Nobody should sleep on this Fiji team and if they do then we’re sure to see some shocks in Japan.

I mean, just look at the players in this team today. Nakarawa, Volavola, Botia and Tuisova. The team just oozes class.

Fiji are going to be a massive threat come World Cup time.

In other news: Wallaroos beat Japan

The Buildcorp Wallaroos have claimed their first win on home soil, defeating Japan 34-5 in their opening match of 2019 at Newcastle Sportsground No.2 on Saturday evening.

In front of an energetic crowd of 3912 supporters, Australia’s debutants took the spotlight in the windy conditions, scoring three of Australia’s six tries.

Australian Captain, Grace Hamilton was named player of the match for her dominant performance which was frequently the lynchpin for the Wallaroos in attack and defence.

The win means that Australia has taken a 1-0 lead in the Japan Series with the next match to take place Friday 19 July at North Sydney Oval.

The Buildcorp Wallaroos took the lead early in the first half with Queensland based hooker Avery Mitchell crossing over the line on debut in the opening exchanges of the match, giving the home side an early lead.

Japan controlled the next stages of the first half, hammering the Australian defensive line for multiple phases as they continued to ask questions of the Women in gold.

After a back and forth contest, the home side’s next points came at the hands of Ariana Hira-Herangi who crossed over the line in the 38th minute. Samantha Treherne added the extras giving Australia a 13-0 lead at the break.

Australia started the second half in similar fashion to the first with Trilleen Pomare crossing over two minutes into the second stanza. Fellow Western Australian, Mhicca Carter followed closely after to extend Australia’s lead. Debutant, Eva Karpani was next to cross the white line, taking the side to a 29-0 lead in the second half.

Australian forward Liz Patu was given a yellow card for repeated infringements late in the second half.

After battering the Buildcorp Wallaroos line and with a with a one player overlap, Japan’s Maiko Fujimoto crossed for the sides first try of the series. Australian winger, Samantha Treherne would have the final say for Australia crossing over in the corner and closing out the match 34-5.

Buildcorp Wallaroos Head Coach, Dwayne Nestor said: “Its fantastic to get a win to start the series off and our girls were amazing.

“We’ve said to the girls that we want to play them in a way that is playing to their strengths and they did that today.

“We’ll go through the video and see how we want to play next week and if we can make any changes that will help our game and we’ll pick accordingly for next week’s match.”