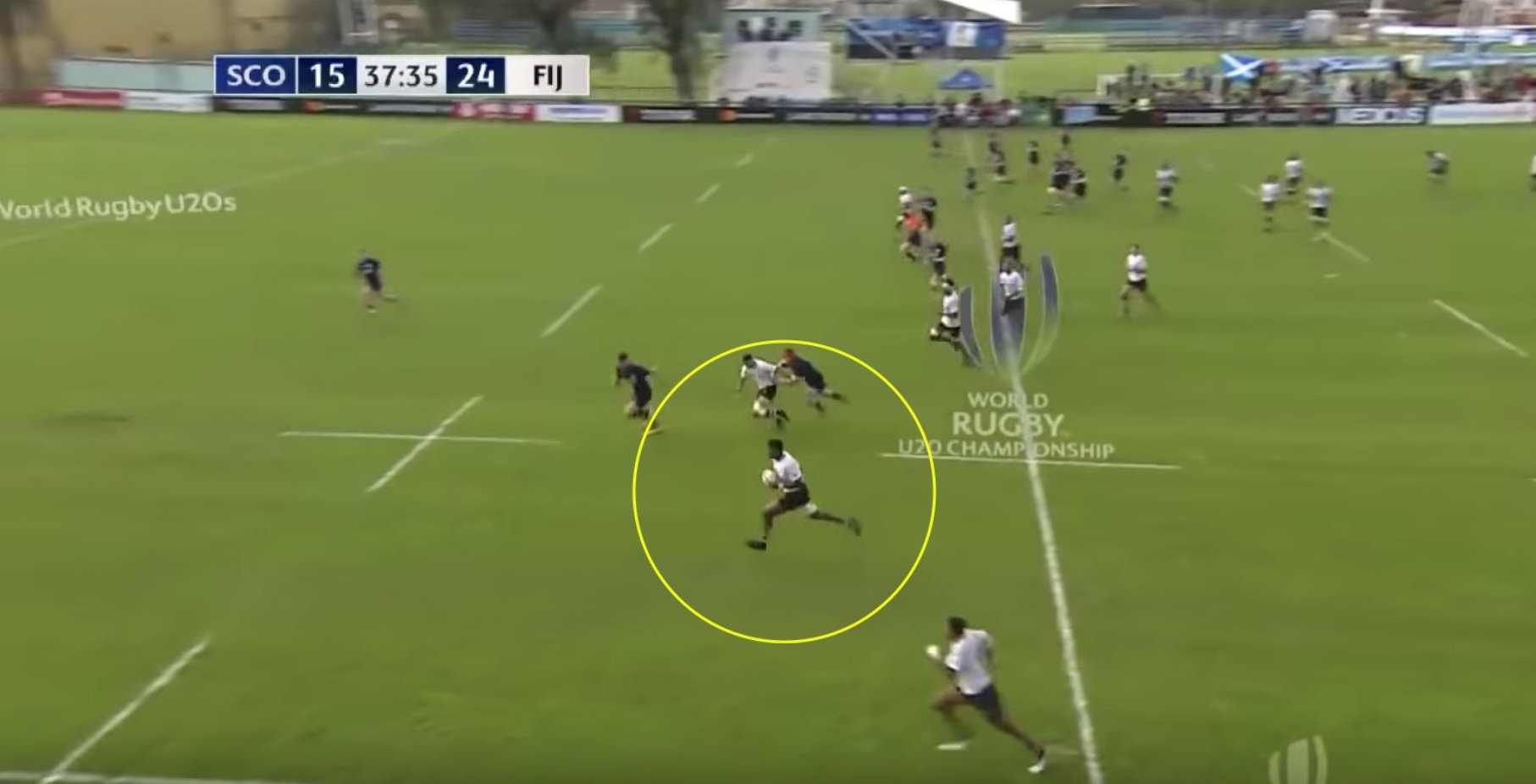 This try from Fiji, was UNREAL.

In the past we have spoken extensively about Fiji and their ability to create scoring chances out of seemingly nowhere. But this really was unbelievable. How did they manage to get away three of those offloads? It’s a wondrous thing to watch that’s for sure. Fiji have struggled at times in this tournament but when we see them do things like this we remember why we love them so much.

In other news: England finish fifth.

England led 28-0 at the break through tries from Josh Hodge, Will Capon, a penalty try and Joe Heyes, with Hodge adding the extras. Fiji performed better than this in many ways.

Hodge had the first try of the game, jinking past a couple of Wales defenders on the right wing before chipping over the top and collecting his own kick to dot down, also converting his score. Fiji.