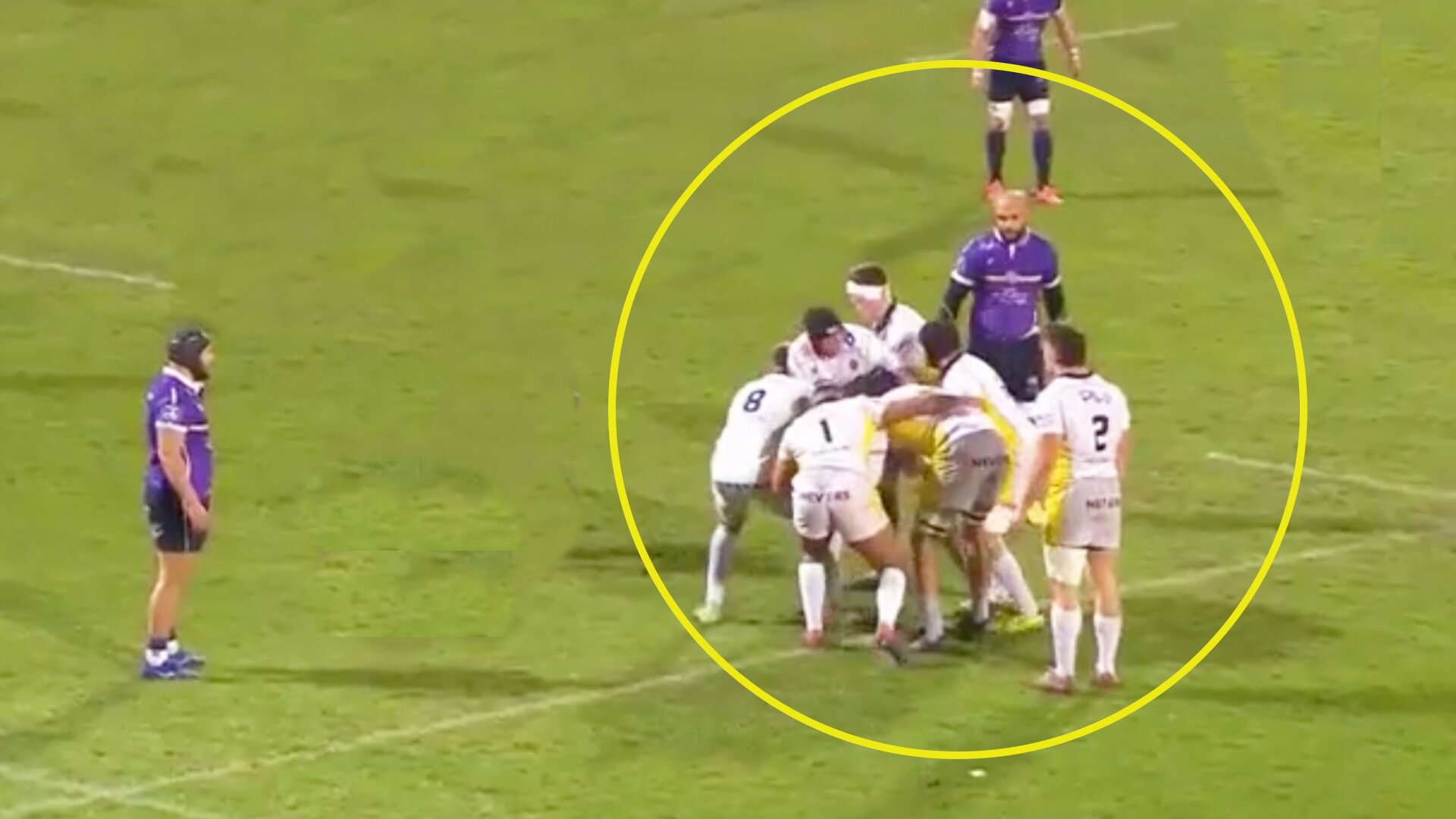 There were bizzare scenes last night in the French Pro D2 as Angoulême faced Nevers in the league’s standout Friday night clash.

The moment occurred right at the start of the clash in France’s second division less than four minutes played on the clock.

A video of the bizarre moment was posted on the popular online forum, ‘Rugby Union Reddit’ last night with users on the platform reacting with surprise and confusion at what exactly was going on in the Pro D2 last night.

The bizarre incident in question comes came after a lineout on the 22m line of the Angoulême half, we watch as the Nevers players win the ball at the back of their own throw before bringing the ball down to set up a rolling maul.

here was the incident from last night’s match

What EXACTLY was going on in the Pro D2 last night? 🤔 pic.twitter.com/CO5eOlw0fk

We see as the defending side elect not to join contest the rolling maul. There are a few seconds of confusion from the Nevers players before the referee stopped play.

Users on Reddit couldn’t quite agree on what actually was legal and what wasn’t in this bizarre s.ituation, One fan said,  “I’ve played rugby for 15 years and I still don’t fully understand what is going on with mauls. I don’t understand the theory of them. How is it not an obstruction? How is it not playing a man with the ball? Why can’t the defence bring it down?

could this tactic have changed the result of the 2019 Rugby World Cup?

A year ago today, the @Springboks produced the greatest maul of all time 🔥pic.twitter.com/2pZhmCBGjK

Another user questioned whether this tactic could have stopped the Springboks from winning the 2019 Rugby World Cup, here is what  u/Pomme de Terre had to say, “Technically, Angouleme (purple) have zero obligation to join the maul. Weird move, but great discipline. Now imagine a denied Springboks megamaul at the RWC.”

I think we all know the answer to that question.