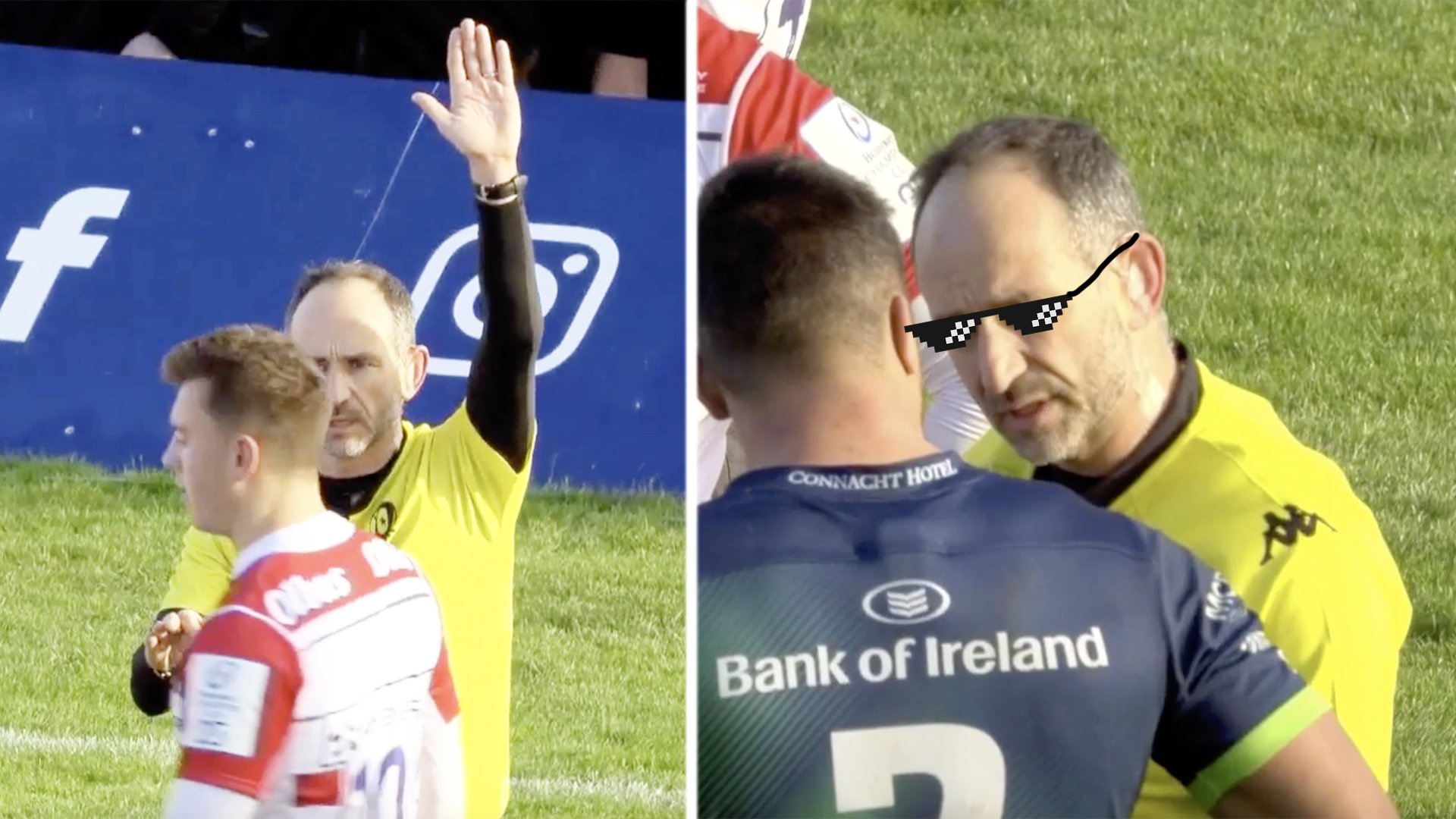 French referee Romain Poite was having an absolute stormer of a game today refereeing wise. Refs in French rugby have earned a poor reputation of late, but this was a completely different side that we saw from Poite today and people are loving it!

Robin Copeland’s last-gasp try rescued a 27-24 win from the jaws of defeat as Connacht pipped Gloucester in a dramatic Heineken Champions Cup clash at the Sportsground.

Despite missing some key men, including Danny Cipriani who was pulled from the bench with a bug, Gloucester were on course to complete a Pool Five double over the Irish province thanks to tries from Gerbrandt Grobler, Mark Atkinson (2) and captain Lewis Ludlow.

Connacht’s 10-7 half-time lead was turned into a 24-13 deficit as they stared at a European exit, but with Ludlow in the sin-bin, they delighted the home crowd with converted tries from Shane Delahunt and Copeland during a frantic final six minutes. One positive side of the match was the performance of French Ref Roman Poite today. He struggled during the World Cup with some issues arising around him missing high tackles on players.

People online were loving how he was putting players in their places.

"Can I explain? If you don't want an explanation then you can just go away. Do you want me to explain?"

Some sass from Poite. Classy comms, even better in his 2nd language!#CONvGLO

Romain Poite is having a blinder today! What a man and what a match official.. #europeanrugby #ChampionsCup

Credit where credit is due, Romaine Poite has actually been amazing in this game. if he can change, your boyfriend can too #CONvGLO

Baffling play from @gloucesterrugby. Amazing defensive work to keep @connachtrugby at bay initially. Could have been very costly for them but a huge let off with that decision. Poite lays down the law brilliantly. I’ve said it before but I just love the respect in rugby

As you can see from the tweets above, people seemed to be very pleased with this dominant refereeing performance from the Frenchman.

Referees in rugby have had a long line of being respected in the sport, and if a player shows a hint of disrespect, you can be sure that they will get dressed down very quickly.

This video we found was a brilliant example of this and fair play to the referee for putting these players in their place when they forgot themselves.