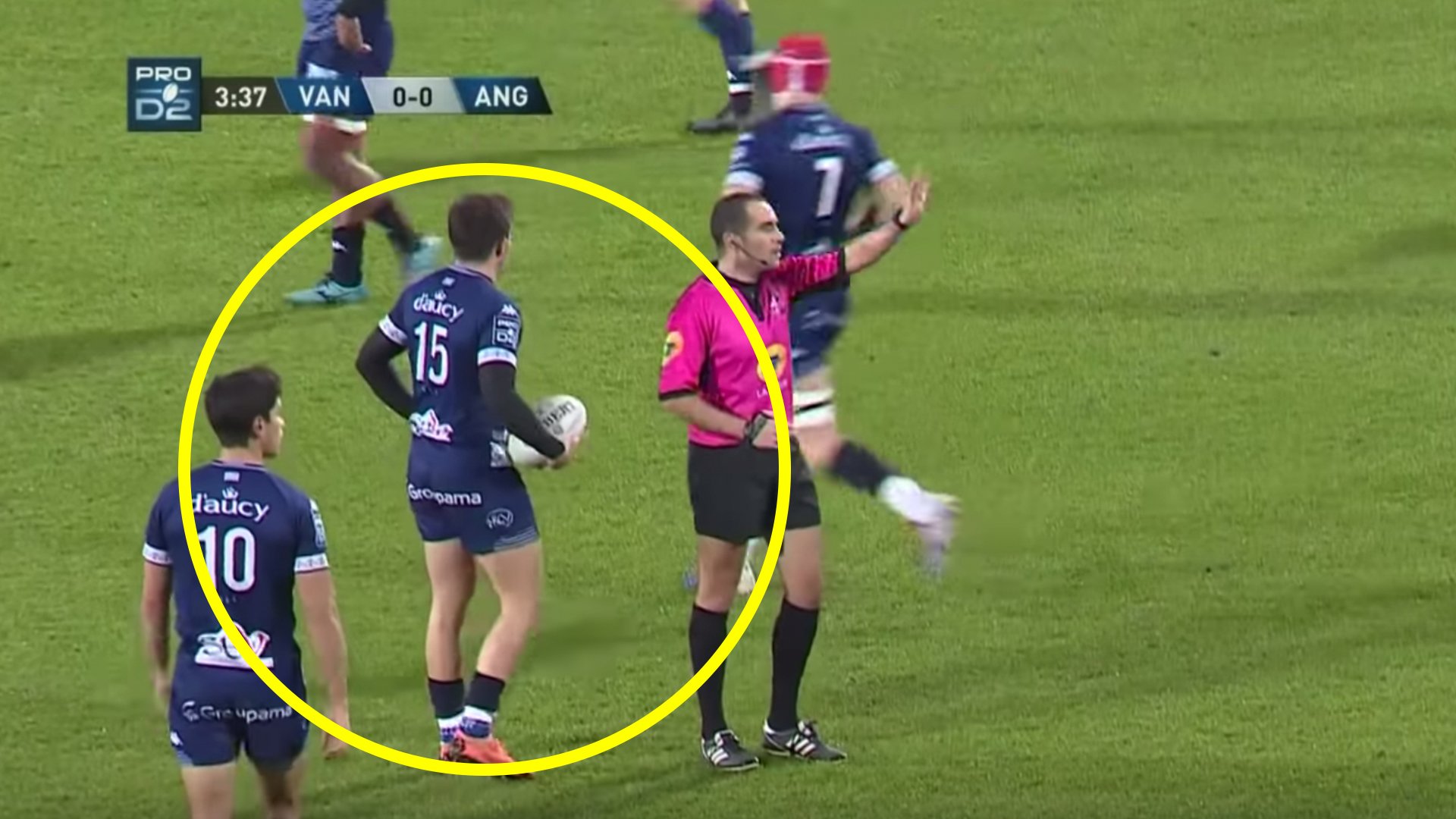 French rugby club player deceives everyone with this penalty attempt, unsportsmanlike or ingenius?

A player in the second division of French rugby pulled off what seems to be a pretty outrageous try attempt at the weekend we had the opportunity for a penalty kick. Was this genius or unsportsmanlike?

Ugo Monye today went to Twitter to show this clip of a player seemingly using a kick at goal to assist a player on the wing with a try.

Have you ever seen anything like this before, is it even legal? French Rugby is known for it’s weird and wacky ways with us regularly reporting on some of the utterly crazy fights that take place in that division!

The referee in the clips seems to be aware of what is happening as he runs and motions to allow the try. In the post-match highlights, however, we can’t actually see the try being scored itself.

Here is the clip that Ugo Monye put on Twitter… The Caption reads, “Poor form – illegal in fact. Goalkicker has to make a genuine attempt at goal”…

Was it genuinely illegal?

Here are some people’s thoughts on the kick online under the video.

Louis Grimoldby – If you give the other batsman a warning, you can run him out.
But for as long as I’ve known, you kick a penalty once your captain informs the referee of his decision. This appears to be quite #unsportsmanlike Do we change the Laws…..No. Just say how bad it looks #honest

#RugbyUlster – Breaks a very clear law. Kickers should attempt the kick at goal. 😡

Steve Parrett – Tee was on the pitch. Ergo must make genuine attempt at goal. Penalty against.