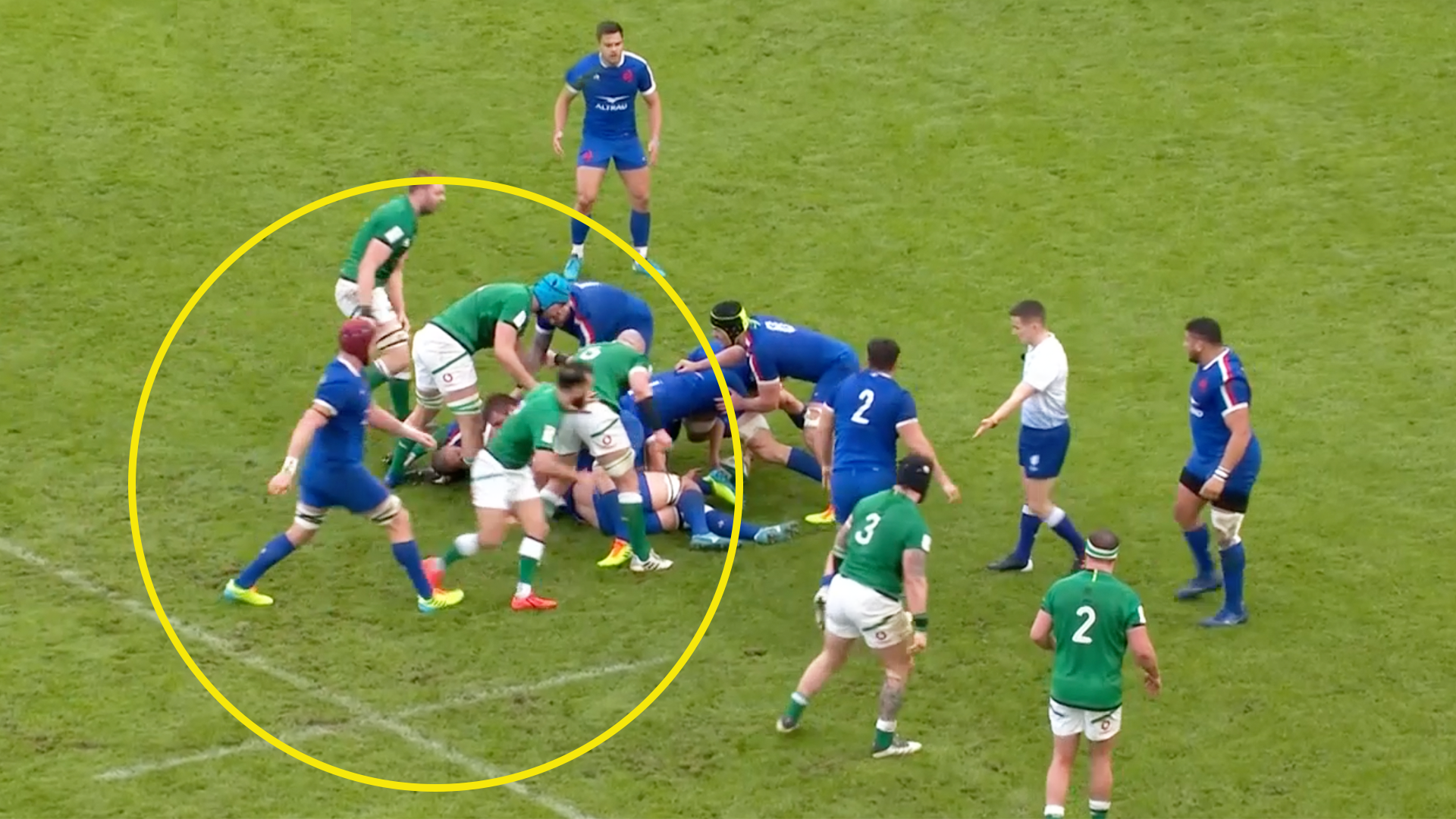 There was furious backlash on social media earlier after France rugby player Bernard Le Roux avoided a red card after a cynical piece of foul play in the Six Nations.

His side were up against Ireland at the Aviva Stadium in a crunch clash with the tournament favourites.

Fans online couldn’t believe that this piece of foul play wasn’t spotted by the referee or assistant officials.

The first trip offence from the French second row came earlier in the half after a sneaky trip attempt on the Ireland scrum-half, Gibson Park.

We see as Le Roux is chasing a kick from his teammate before running across the opposition halfback and subtly catching his foot on the number 9’s.

That first offence was well spotted by the TMO who called play back a few moments later. Le Roux was then shown a yellow card and sent to the bin.

Having served his ten minutes off the field – the French lock was back on, but it would appear that he hadn’t learnt his lesson.

Watch this moment, just as the half was coming to a close in Dublin today.

When you’ve already been given a yellow card for tripping you think Bernard Le Roux might have learnt his lesson?! He has another go with the last play of the half!! Watch the bottom left of your screen, yellow boots red scrum cap 👇🏼 pic.twitter.com/5OI7Su0EUt

After being so eagle-eyed in spotting the first trip from Le Roux, fans were surprised that this, arguably more obvious, offence went unnoticed, potentially winning the match for France rugby.

Here is some of the reaction from fans on social media today.

Enjoyed Luke Pearce explaining Bernard Le Roux’s yellow card to him, as if he was introducing him to the sport: “That’s a trip and, in rugby, a trip is a yellow card.”

France no4 already yellow carded, attempted another trip at the end of 1st half missed by ref & TV