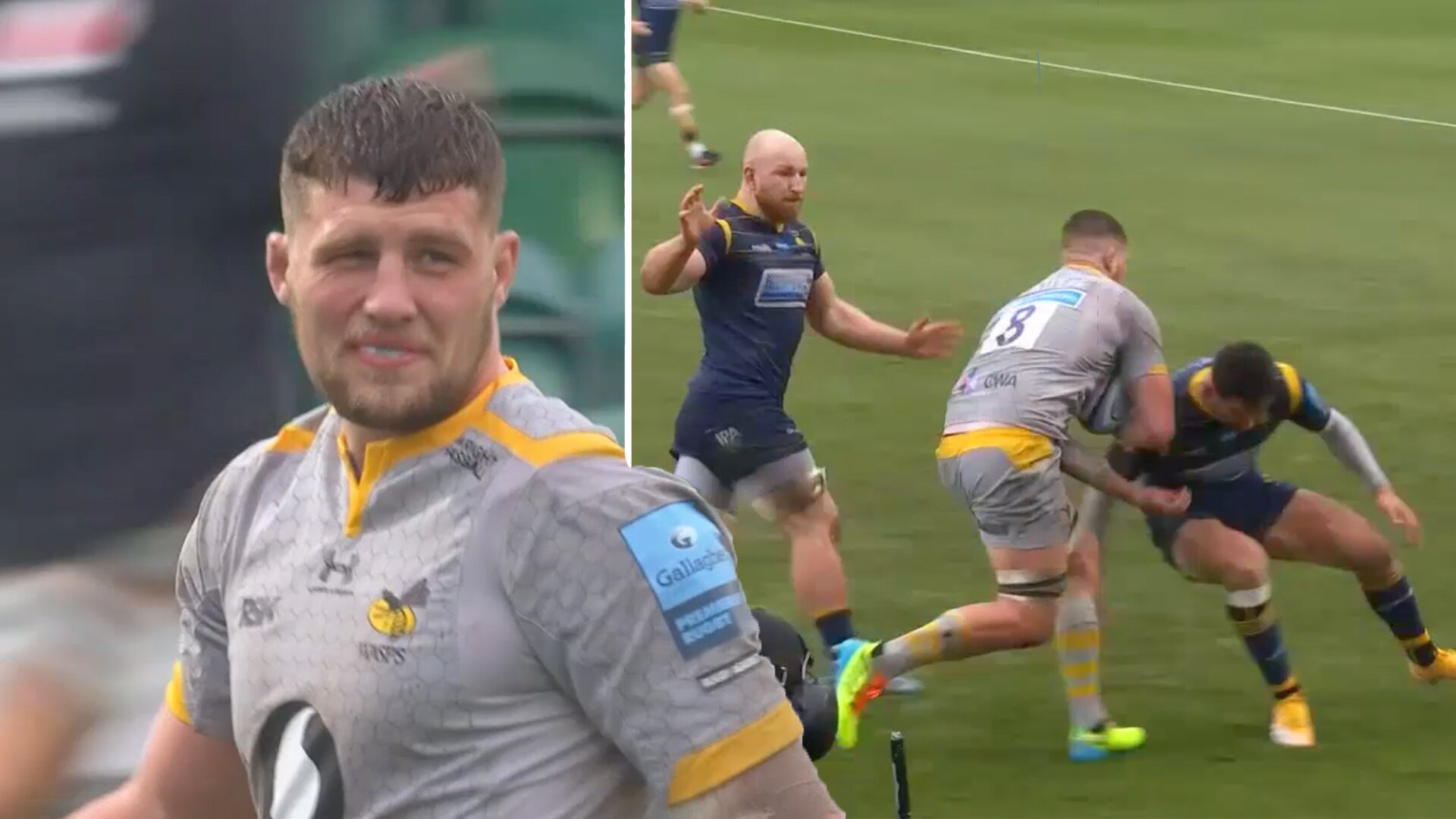 The ‘little’ brother of England rugby star Jack Willis scored an outstanding and terrifying solo try in the Six Nations this weekend, just hours after his brother suffered a horrendous injury in the tournament.

Jack Willis suffered a horrendous injury against Italy in the Six Nations this weekend. He was crocodile-rolled in the second half of his match and it looks like he may have torn several ligaments in his knee.

It was not an entirely awful weekend for the Willis family, however, because his younger brother Tom excited thousands of rugby fans in England with an incredible solo try against Worcester this weekend.

Many were already getting excited about Tom Willis after this outstanding try against Worcester on the weekend.

Tom Willis has just scored an absolute blinder for Wasps against Worcester. Some talent in that family. #WORvWAS

The 22-year old plays in the Number 8 position for Wasps and if he continues to score tries like that, he could very well be considered to replace the out of form Billy Vunipola.

Many have criticized Vunipola for being too slow and out of shape. Could it be that the younger brother of Jack breaks into the squad faster than his older sibling?

Here is the full clip of the fantastic Lomu-like run that Tom Willis made against Worcester in the Gallagher Premiership this weekend.

“A try for Jack, from his little brother Tom” ❤️

Tom Willis bounces off defenders, an absolute wrecking ball of a run for @WaspsRugby! 💥#GallagherPrem pic.twitter.com/Gb8cNHcK2V