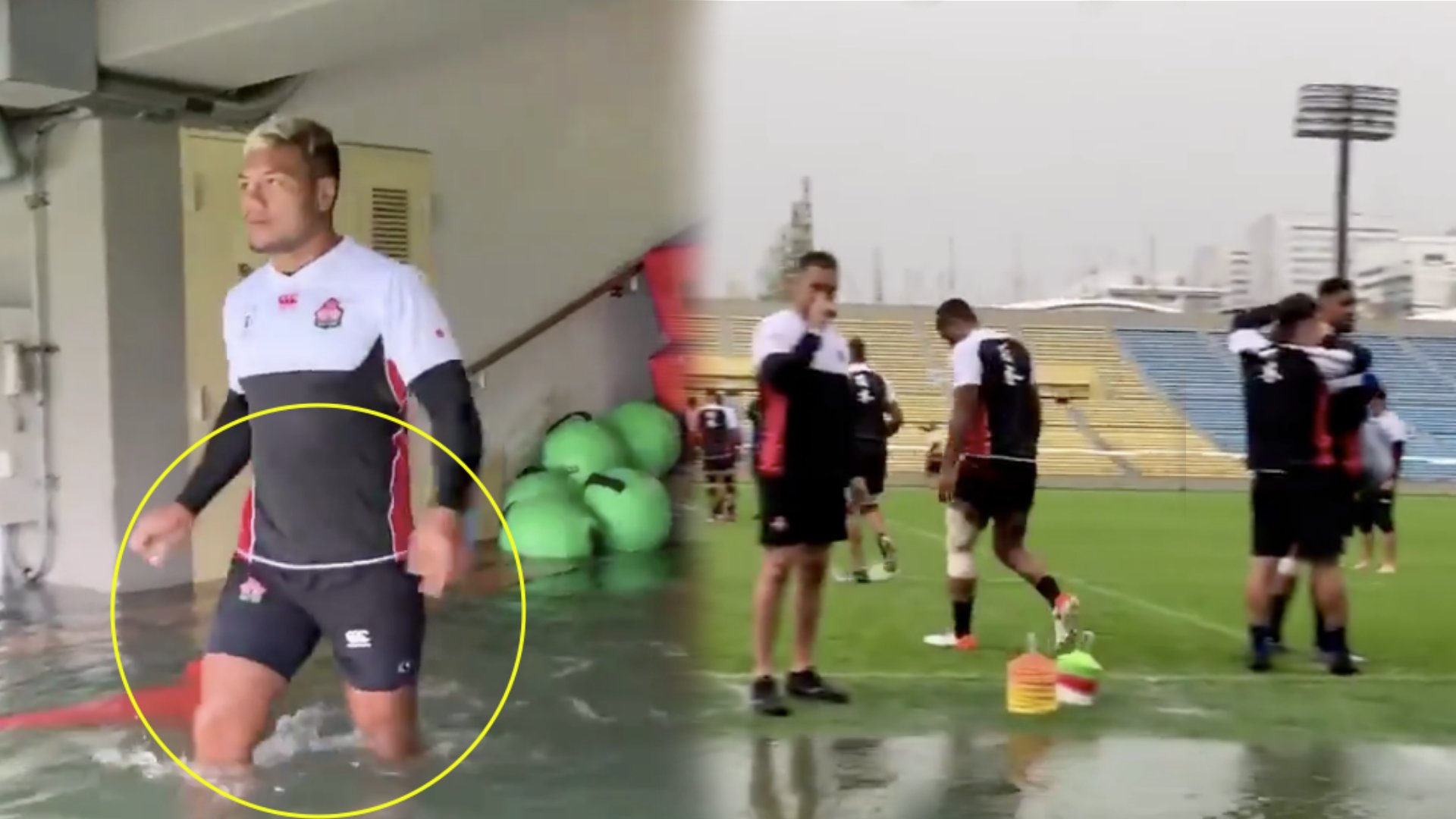 What an incredible site here to see. The Japan team wading to training.

With typhoon Hagibis currently ravaging Japan, it was no surprise to see a clip like this emerging. With Japan set to play Scotland tomorrow, both teams need to still train in preparation for the match.

This incredible clip came up online as the team was preparing for training today.

World Rugby released this statement on the typhoon…

Typhoon Hagibis is on track to make landfall in Japan on Saturday, 12 October, tracking east through Sunday, 13 October. Wide areas across eastern, western and northern Japan will be affected by strong winds as well as torrential and sustained heavy rain that bring the risk of floods and landslide. Storm surges are expected across the coast of eastern Japan on Saturday and Sunday.

According to the Japan Meteorological Agency, this typhoon is anticipated to be the most powerful storm of the year, so be prepared and stay safe. Remain indoors, check typhoon-related updates regularly and follow the advice of local authorities including any evacuation orders and ensure you have basic food provisions. Keep travel documents and essential medication with you in case you have to move at short notice and let family and friends in your home country know you are safe.

It’s incredible to see this kind of video come up but the teams do still need to be training if they want to be at their best tomorrow.

Japan and Scotland will meet for the eighth time. Scotland have won all seven of their previous encounters

Scotland have won all three of their previous RWC encounters in 1991, 2003 and 2015, scoring 17 tries and conceding just three in the process.

Japan have won all three matches so far against Russia, Ireland and Samoa.