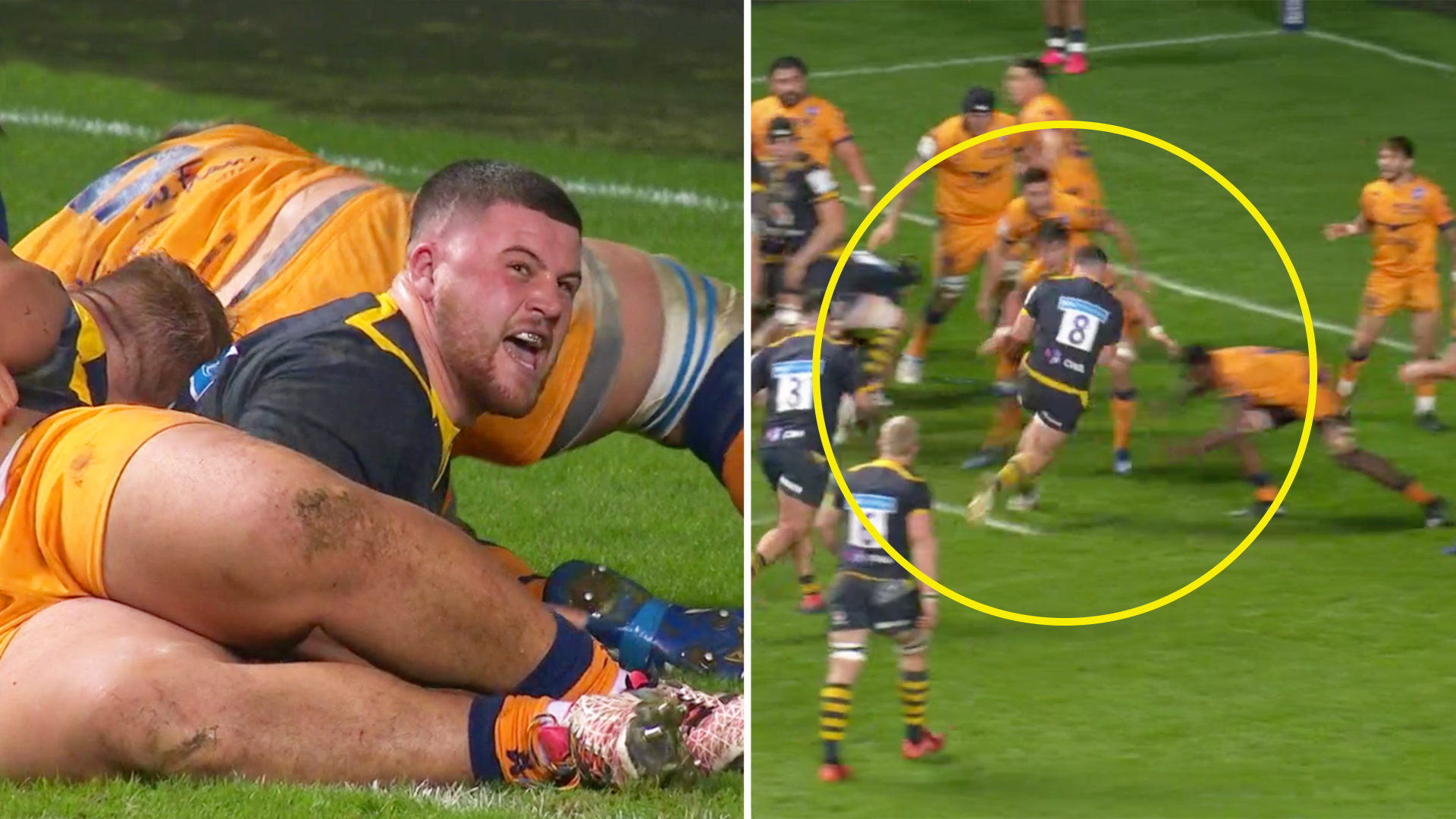 It’s not often that you see a player put in quite as dominant solo performance as we saw from Alfie Barbeary last night in the Champions Cup.

The 20-year-old hooker (by trade) put in a phenomenal display at number-eight – picking up two tries and several assists in a showing that is likely to put him right in contention for a place  with England for the upcoming Six Nations fans.

Barbeary has been something of a breakthrough star in the Premiership in recent seasons – playing a starring role in Wasps journey to the final last season.

The 20-year old has proved to be something of a utility forward after a number of impressive displays in the front and back row.

He opened the scoring at the Ricoh Arena last night after this well-taken effort from close range.

Alfie Barbeary was simply out of this world last night. England certainly aren’t short of top quality back rowers at the moment! The kid is just 20 😳 pic.twitter.com/KyQvpNFZs2

Just minutes later, Barbeary put in this astonishing kick to set up Wasps second try of the game. We watch as he scoops up some loose ball in his own 22 before unleashing a kick upfield for his winger to chase. Intentional or not – this was incredible!

A @WaspsRugby try which started with a kick pass from Alfie Barbeary! 🤷‍♂️😂

Yet again, Barbeary had a part to play in his side’s third try of the match after blasting a hole through the middle of the Montpellier defence before freeing his hands to get the offload away to Odogwu who was able to race away to score under the sticks.

Watch Barbeary’s second assist of the game in the video below.

This time for Paolo Odogwu who absolutely flies over the line!

As the second half wore on Barbeary claimed a second try after barreling over yet again from close range to secure his Man of the Match award.

The 20-year-old gave this brilliant interview after the match with BT Sport.

“I’m loving back row. Still waiting for my move to centre!” 😂

Sure you could do a job anywhere on the field, Alfie! 😅

Fans took to social media to laud the incredible display from the England star after his MOTM performance at the Ricoh Areana.

Alfie Barbeary is a serious bit of kit 🔥

Conditions absolutely Baltic at the Ricoh but a very good Wasps performance, with Alfie Barbeary the standout – what a player. Really enjoyed it, hopefully there won’t be too many more on empty stadiums though. Again, feel very privileged to be watching live sport at the moment. pic.twitter.com/zWjTXiLZDz