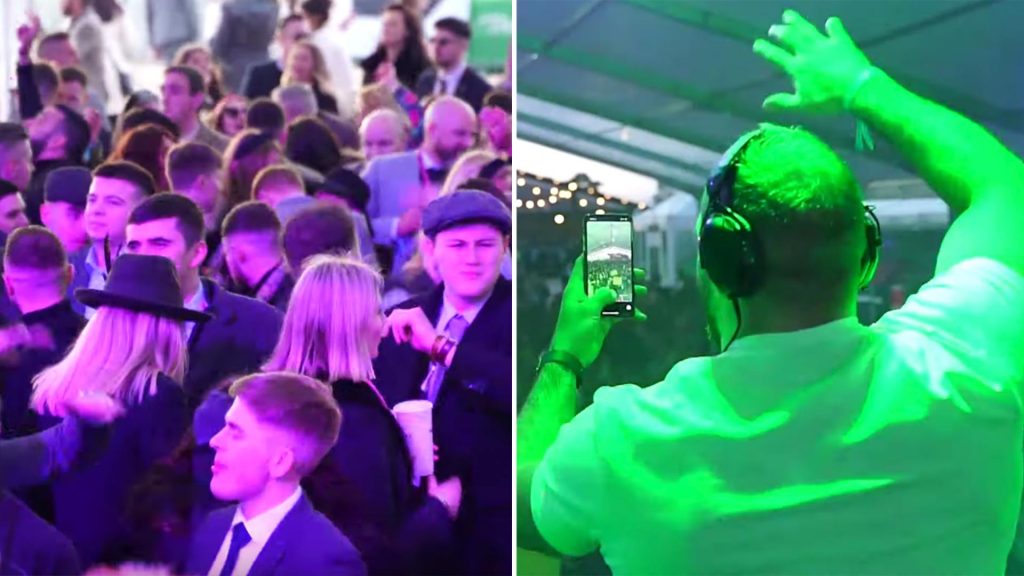 The UK is currently gripped in a lockdown after days and days of worsening Corona problems. Footage of last week’s Cheltenham festival in a James Haskell video reveals just how bad it was.

Many people in the UK were shocked at the at the idea that so many could be allowed to gather in one place at a time when everyone is so concerned about slowing the spread of a vicious infection.

Former rugby star James Haskell DJ’ed at the event last week and he vlogged the goings on in his YouTube channel.

Groups were penned into tight groups, well under the 2 metre recommendation by the Government… Reports now show that some people at Cheltenham festival are now showing symptons of the deadly virus.

The Mirror, reported that two workers at the festival now have symptoms for the virus.

Plenty of attention seekers and Cheltenham festival goers have been struck down with C-19.

James Haskell is a keen DJ, and he went to the festival to do a set for the race-goers.

What shocked us in the video was the amount of people that were in close proximity to each other at the time. If the virus had reached the festival, then this surely was a hotbed for further transmissions between people.

Here is footage of James Haskell at Cheltenham. Look at how big and packed together the crowd is!

Housemates Andrew Maclean, 24 and Scott Saunders, 25, have quarantined themselves inside their home after coming down with a fever, cough and shortness of breath.

Mr Maclean and Mr Saunders, from Cheltenham, developed symptoms when they were working at a restaurant and bar, respectively, at the festival – at first thinking they only had colds – and now fear they passed their infection on to others.