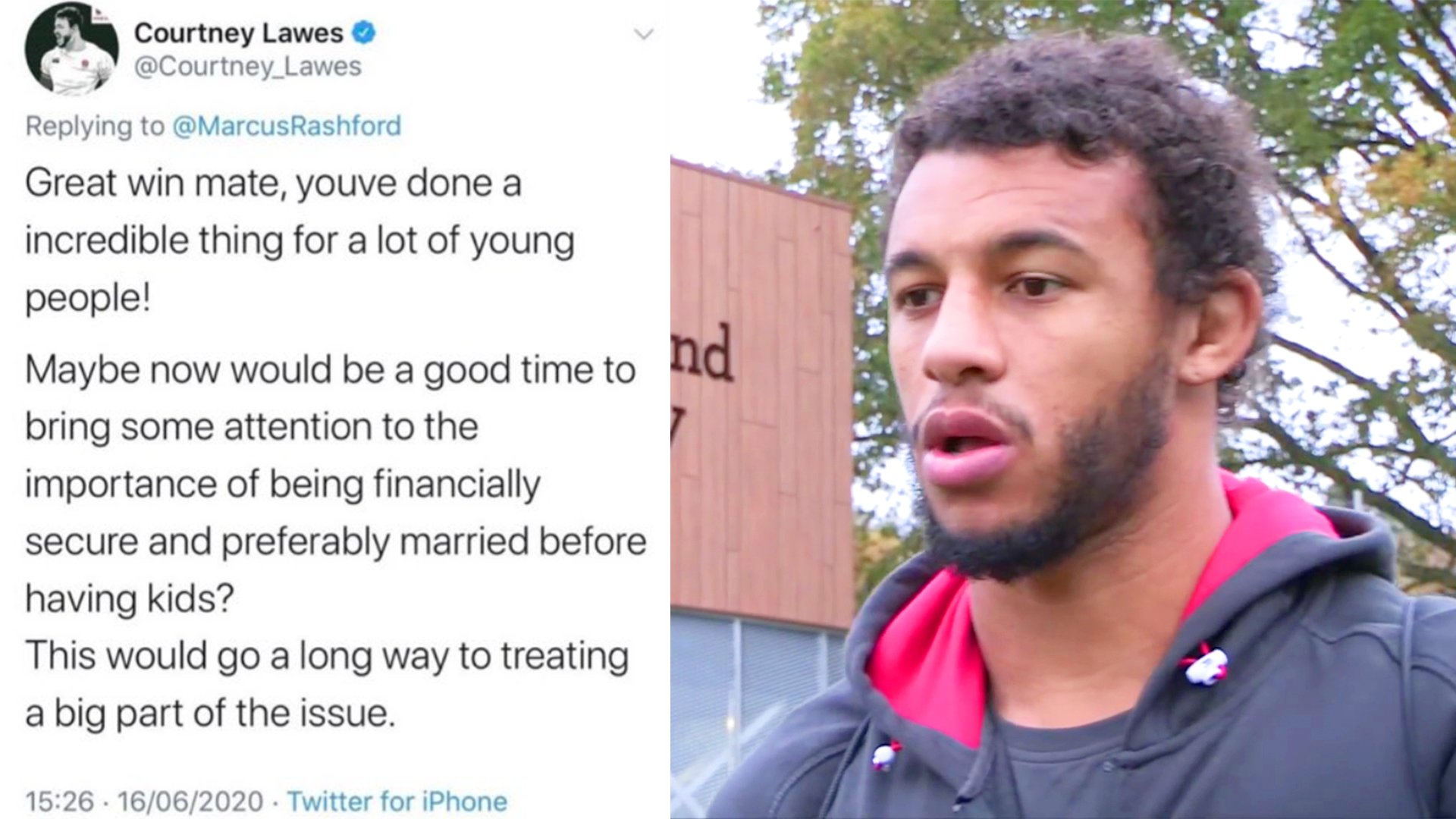 England lock Courtney Lawes continues to feel the wrath of social media after his controversial tweet yesterday and today his sponsor Adidas UK have faced mounting calls for the sportswear company to cut ties with the Northampton star.

Many online feel Lawes is not to fit to represent Adidas

The 31-year-old replied to a viral Marcus Rashford tweet yesterday suggesting that parents should be financially stable and preferably married before choosing to have children. This brought in floods of angry tweets condemning the England man’s comments.

Lawes soon after deleted his tweet amidst growing dismay online.

@Courtney_Lawes I think Adidas should be reviewing their reps. Look after the children rather than opinionated bigots . @MarcusRashford

Adidas should drop you immediately you nasty prick. @Courtney_Lawes

As of yet none of Lawes England teammates have spoken out against Lawes. Some users online feel that there could be players in the team who could disagree with Lawes statement.

Don't want to speak for people but there's a few teammates of Lawes' from single parent families.

Adidas have yet to release a statement regarding the controversial tweets yesterday amidst pressure from social media users.

With rugby in France beginning to pick up the pace again following the coronavirus cancellation of the 2019/20 season, Lyon have officially confirmed six new signings – including Izack Rodda – for the 2020/21 campaign which is due to start in September.

At a media conference in the French city on Wednesday, president Yann Roubert presented the club’s recruits for the next season and formalised the signatures of Rodda (Reds) and Gillian Galan (Toulouse). The 23-year-old Australian second row (25 caps) and the 28-year-old Toulouse back row have each signed one-year contracts.

Rodda was one of the three Reds’ contracts rebels – Harry Hockings and Isaac Lucas the other two – who last month ended their contracts with Rugby Australia after refusing to take pay cuts which resulted in the club initially standing them down from training before the contracts were terminated.

Rodda and Lucas were both contracted until 2023 while Hockings was off-contract but in talks for an extension. The three were the only players of the 192 Australian Super Rugby roster to refuse pay cuts ahead of the all-Australian tournament in July.

Aside from the captures of Rodda and Galan, the identity of Lyon’s other signings were already previously known – the returns of Mathieu Bastareaud (Rugby United New York) and Leo Berdeu (Agen) as well as the arrivals of Colby Fainga’a (Connacht) and Joe Taufete’e (Worcester Warriors).