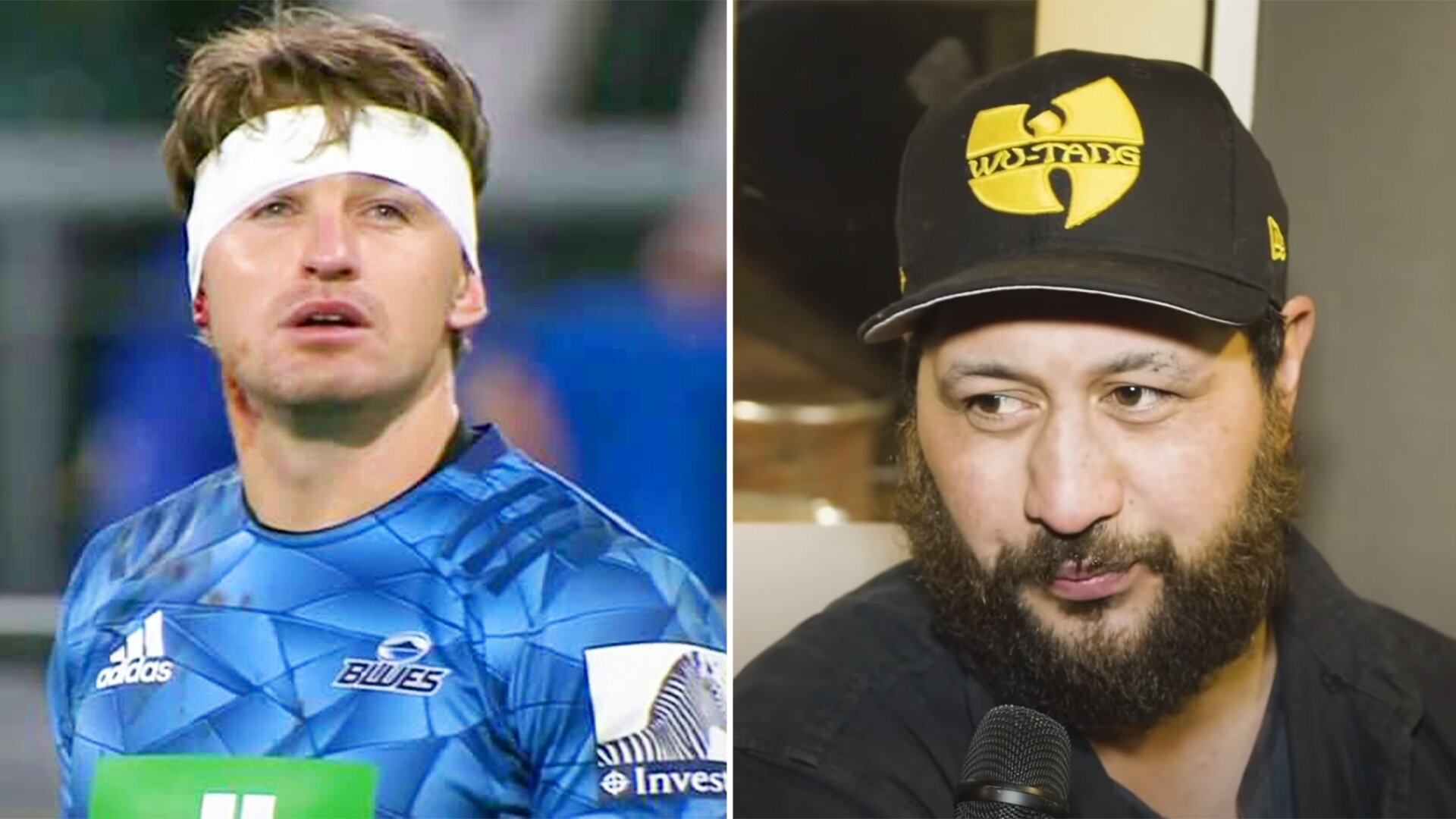 A brilliant new video has seemed to reveal exactly why fans booed Beauden Barrett this weekend. The video shows the perspective of many of the fans from both teams who were at the game.

RugbyPass brought hilarious reporter Sam Smith to the game in Wellington to catch up with some of the excitement that was building around the game.

Smith instantly, as expected wanted to know the Hurricanes fans felt about Beauden playing against his old club. It appeared that a lot of the fans were understandably unhappy with this.

One fan in the video said, “Beauden will get what is coming to him. His dues will be owed and paid in full”.

At the game, the All Blacks main man was on the receiving end of booing from fans at the game.

One observer commented that it reminded him of Quade Cooper when he used to play against the All Blacks.

Another fan was one of the first to acknowledge that the person that was being booed as Beauden.

The older Barrett been booed by the home crowd.

The Hurricanes’ fans in attendance at Sky Stadium welcomed Barrett in typical fashion, and would not stop booing anytime their former hero touched the ball and the boos intensified as Barrett took over the kicking duties late in the second half.

This expected response did not go down well with overseas fans, who lambasted the Wellington crowd for their efforts calling them ’embarrassing’ and ‘pathetic’.

A new video released by RugbyPass shows the side of some of the fans in attendance and it explains why many of them may have decided to boo Beauden Barrett.

Barrett answered the booing with a brilliant solo try 10 minutes into the game, fittingly his first for the Blues, by slicing straight through the middle of the Hurricanes defence and using his speed to gas the cover defence.